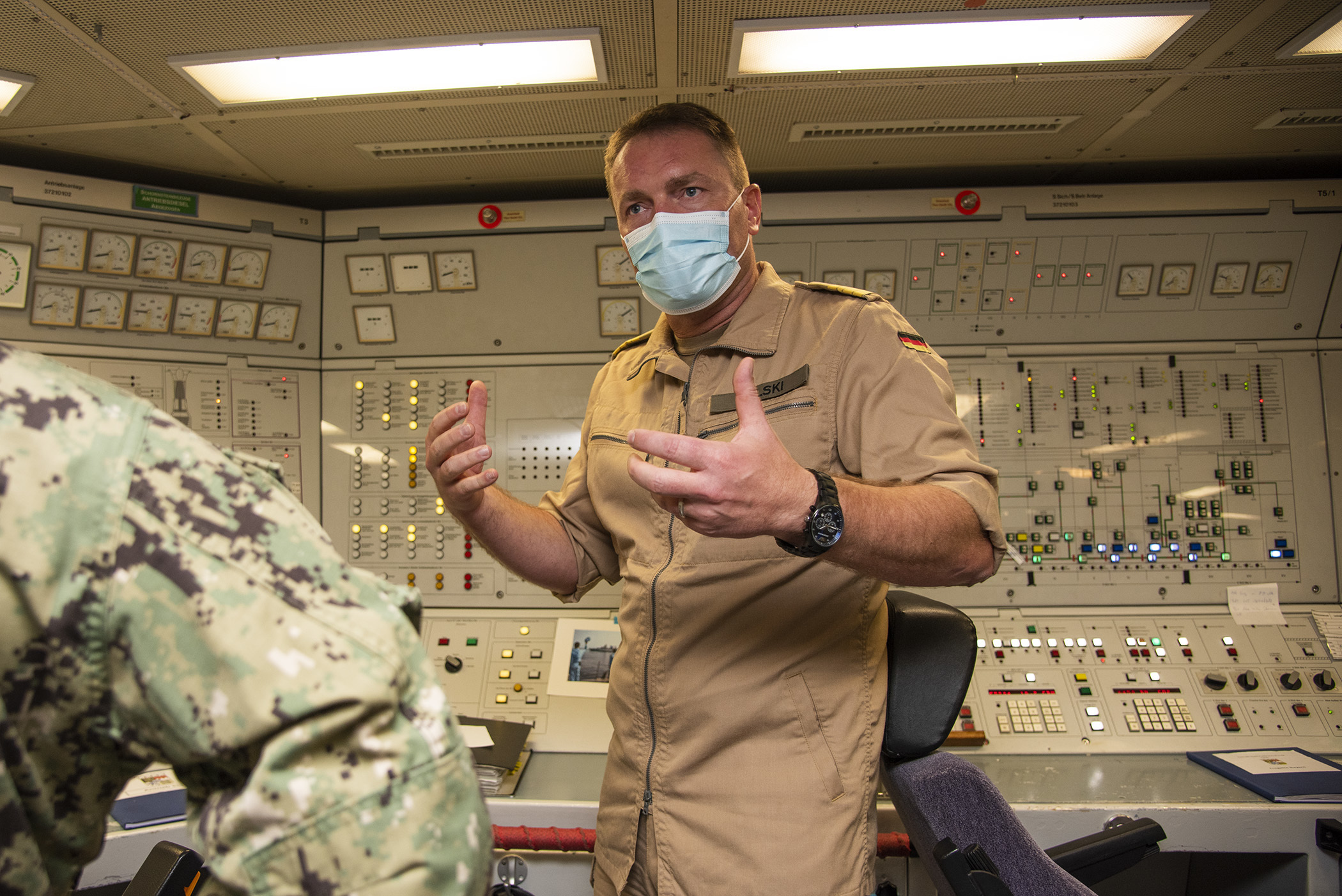 The seven-month deployment of the German Navy Frigate FGS Bayern (F217) was a success despite COVID-19 and challenges from a lengthy underway, the frigate’s commanding officer said.

The 4,500-ton, anti-submarine warfare frigate also completed 26 exercises with other navies, including the nine countries in which it made harbor calls, Kalski said.

He added that one of the highlights was the involvement in the Annual Exercise 2021 (ANNUALEX) in the Philippine Sea, where Bayern joined more than 20 other units from Japan, USA, Canada and Australia. ANNUALEX was held from Nov. 21- 30, 2021, and is an annual naval training event led by the Japan Maritime Self Defense Force (JMSDF), with navies from other countries invited to participate. The German Navy took part for the first during the 2021 iteration.

“To take part in this gigantic exercise as the first German warship ever has been an enormous honor for me and my crew,” Kalski said. “JMSDF was so kind to integrate our full operational potential in the exercise and even our training priorities.”

The ANNUALEX was the most challenging but also effective training period for his crew, he said.

“We were able to prove very clearly the interoperability between the five partner navies of Japan, USA, Canada, Australia and Germany,” Kalski said.

During its deployment, Bayern carried two embarked Sea Lynx Mk88 helicopters with a changeover of the helicopters taking place in Guam in mid-October. The embarkation of the two helicopters greatly enhanced Bayern’s operations, which not only included interactions with navies but also monitored sanctions against North Korea imposed by the United Nations Security Council from Nov. 13, 2021, until Dec. 14.

“The embarkation of the two Lynx helicopters found its culmination during the ANNUALEX as well as the participation in the monitoring of UN sanctions against North Korea,” Kalski said. “In the challenging East China Sea, the helicopters supported the establishment of a surface picture in order to locate and report illicit ship-to-ship transfers of contraband materials and fluids.” 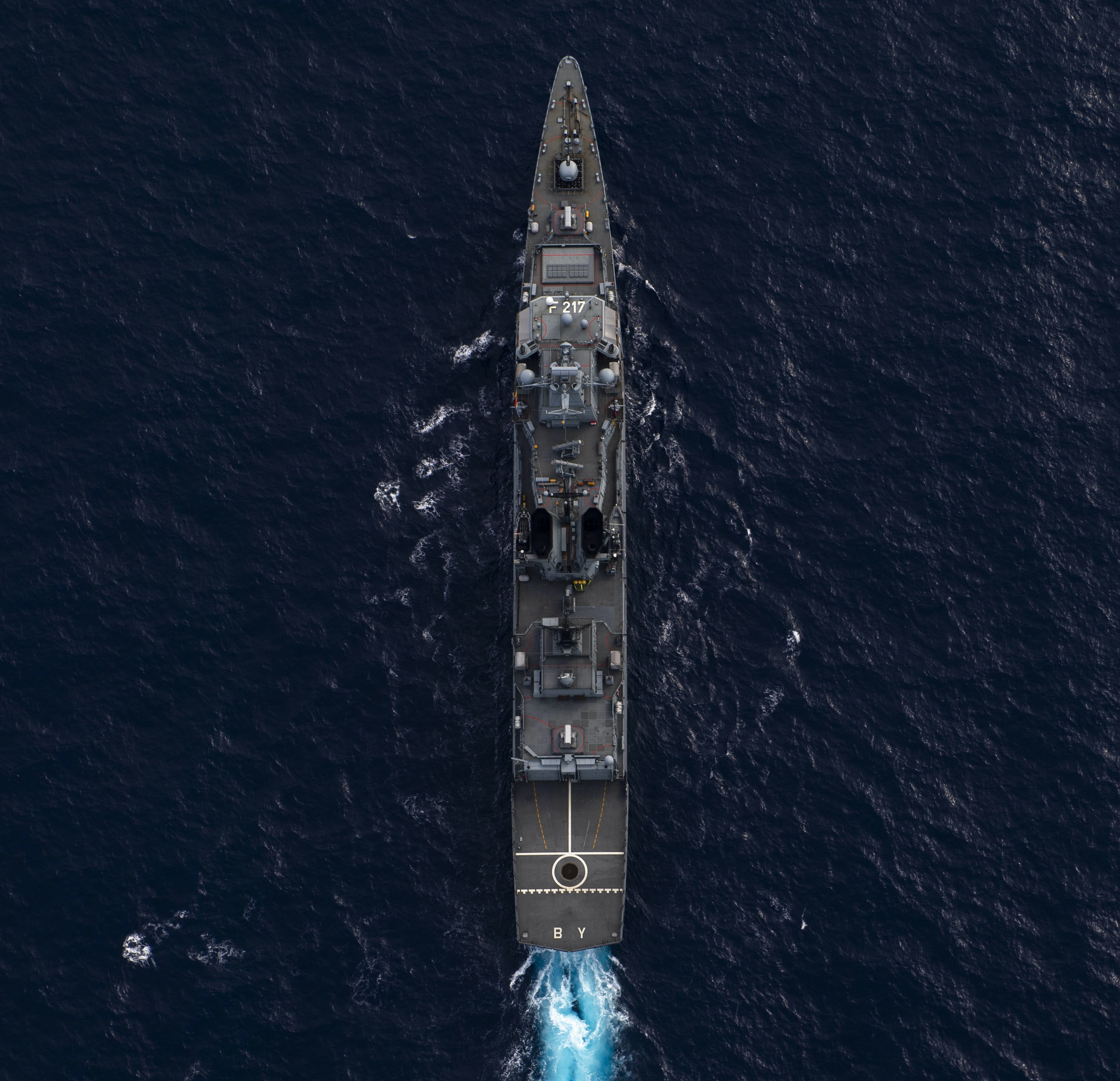 Bayern‘s biggest challenge while deployed was the COVID-19 pandemic, which had which had its influence on and impeded activities on many levels, Kalski said.

“The different rules and requirements in the respective countries were quite demanding to fulfill as it involved variations of vaccination routines, test regimes, quarantine periods and so on,” he said. “Therefore, in some harbors, the interaction and diplomatic exchange was diminished or abolished completely.”

The commanding officer also said the uncertainty of the pandemic caused a huge psychological burden for the entire crew as there was no guarantee that a crewmember could be flown home in the next harbor in case of a family emergency or similar.

The deployment was the longest trip a German warship has undertaken for decades, with seven months away from home, in addition to the 100 days during the preparation and training phase.

“It was and is quite a challenge for the soldiers to manage this trip, including the festive season away from home,” Kalski said.

An extended stopover in Singapore in December allowed 60 crew members to fly home first Christmas, and the rest enjoyed an Operational Stand-down Period (OSDP) in Singapore, he said.

“The psychological burden of such a long absence from home is a very individual one and depends on the family situation, the relationship status and so on,” Kalski said. “Each and every soldier deals differently with problems arising from this absence or developing at home.”

All the crewmembers deployed supported each other unconditionally and thus, they were always able to find a way to ease possible pain or find a solution for individuals on the deployment, he said.

Bayern’s deployment also marked the first time a German Navy operationally engaged warship was sent on a long deployment without an accompany replenishment or support ship, leaving the ship relying on Host Nation Support and at-sea replenishment by partner navies, in particular the U.S Navy. Kalski said that this worked out fine due to the fact that the deployment schedule could be adhered to meticulously, and Bayern was able to fulfill each and every task to the utmost satisfaction.

“The German Navy has shown its trust in all the partner countries and navies along the way and not once were we let down,” he said.