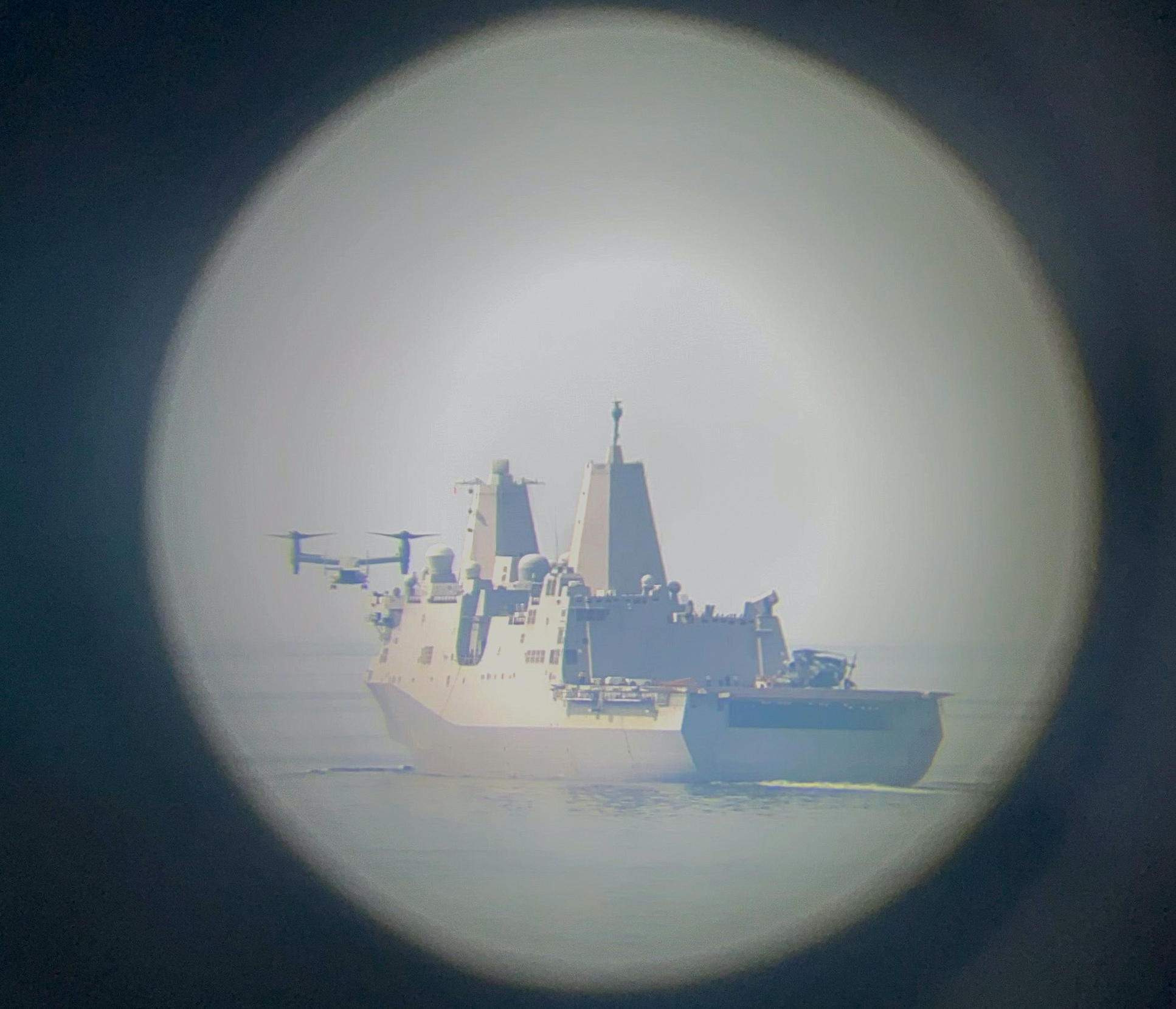 The Marine Corps needs both the new Light Amphibious Warship and larger amphibious ships to achieve the future missions outlined in its new vision of expeditionary warfare, the Marine Corps Commandant said today.

Asked if the Navy can build both LAW and the larger amphibious ships it traditionally buys, Gen. David Berger argued the two platforms are meant to complement each other.

“There is not a tradeoff. Our capacity in the industrial base can handle both. And I know that not anecdotally, but my conversations with leadership at places like Huntington Ingalls is they have the capacity. And they are complementary capabilities. They are not a substitute for each other because a traditional amphibious ship has all the attributes that we know and love so much over the years that a Marine Expeditionary Unit and Amphibious Ready Group have been using,” Berger said at the National Defense Industry Association’s annual Expeditionary Warfare conference.

“The Light Amphibious Warship isn’t a substitute for that. It’s the tactical mobility to move a smaller element organically that fits this stand-in force approach that we’re taking,” he said. “The industrial base has the capacity. No, they are not substitutes for each other. They’re complementary capabilities.”

The commandant described the L-class ships as “strategic assets” the military needs to achieve the National Defense Strategy, arguing the amphibs are not “trade space” for other capabilities. The Navy’s 2016 Force Structure Assessment had a 38-ship requirement for amphibs.

“They can run the whole gamut from the deterrence aspect and you can pick your deterrence by denial or deterrence by collection – whichever lens you want to use for deterrence – through crisis response all the way to humanitarian assistance, disaster relief, evacuating people out of – American citizens and others out of embassies – they do it all,” Berger said. “And they’re a floating airfield, hospital, command and control platform and it’s all U.S. sovereign territory that you can move around.”

Berger pointed to the well deck of amphibious ships as assets because adversaries can’t see what’s inside the well deck when it’s closed.

“It could be collection systems. It could be lethal systems. It could be surface-to-surface connectors that can project the force ashore. And you have no idea – looking from the outside in – what they’re carrying around. So I think – we put our minds to it – we can even expand the capability set for them,” he said. 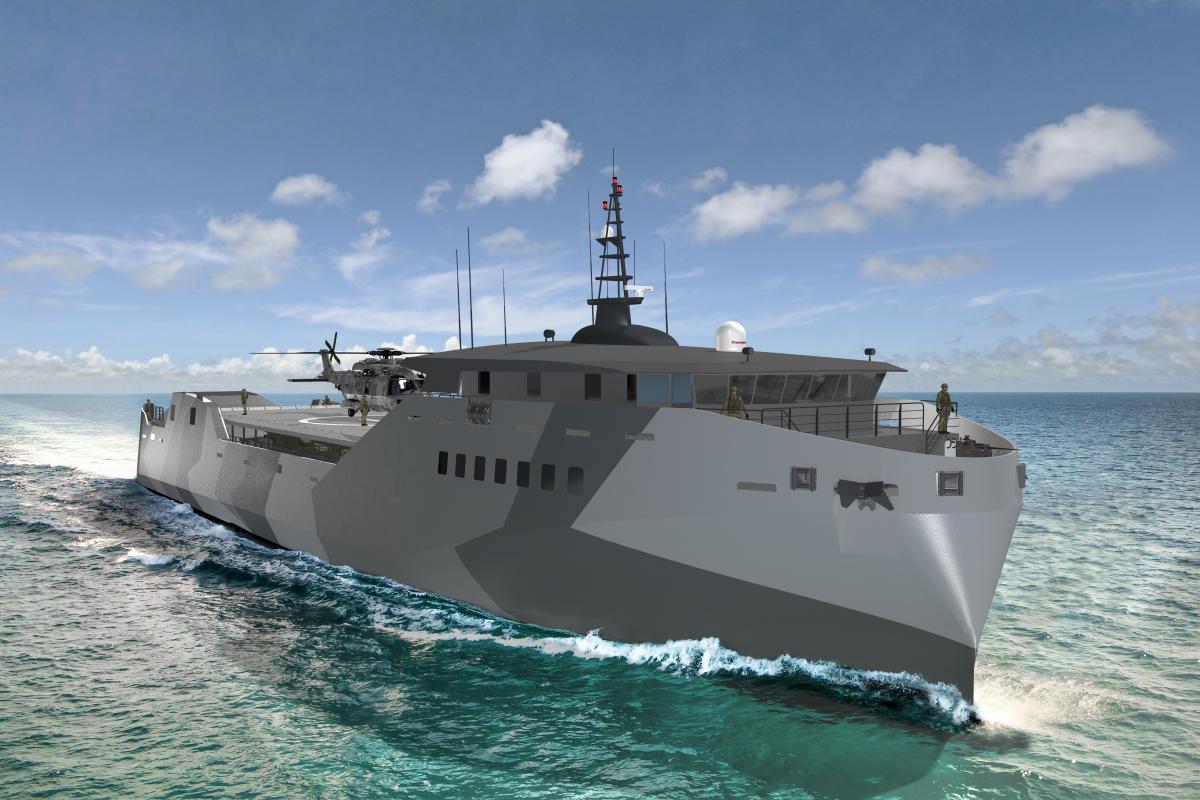 The Marine Corps has argued it needs the Light Amphibious Warship to shuttle Marines around islands and shorelines in regions like the Indo-Pacific and Berger has said the service must buy LAW quickly and at an affordable price. But the amphibious ships are purchased through the Navy shipbuilding account, which is also responsible for the service’s top acquisition priority – the Columbia-class submarine program – and other new shipbuilding programs the Navy is pursuing, like the Constellation-class frigate and eventually the new guided-missile destroyer DDG(X). The results of an ongoing Navy and Marine Corps amphibious requirements study have yet to be released.

In addition to increasing the size of the amphibious fleet and its readiness, Berger argued it’s not just about numbers and emphasized the importance of capability.

“It’s what’s built into those hulls that matters. Do they have Link-16? Do they have [Common Aviation Command and Control System] built into them? Are they – in other words – capable of handling the network that we’re going to need into the future? Are they capable of defending themselves? We have to make sure all of that,” he said.

“They’re different in scale and a little bit different focused, very complementary. I think in the same – in other words operating environment – will be MLRs and MEUs and perhaps MEB also, yes. The MEB construct I would say is less about the institution pushing it and more about the combatant commands seeing a value in it because we can tailor it. We can custom-build it for what they want. So I do see, there is a value for that right now in [U.S. Indo-Pacific Command]. There is a value for that in [U.S. European Command], where they see a role for the MEB,” Berger said.

“So I will do less driving it from the service and more responding in terms of a MEB – to what the combatant commanders sees as a gap in capabilities, looking for what a MEB and a MEB headquarters brings,” the commandant added. “And the other two – the MLR and the MEU – I would say not in separate lanes, operating in the same battlespace, complementary capabilities, both of which give you the capability to do crisis response, but day-to-day grey zone competition all the time.”

On the aviation front, Berger said the Marine Corps is planning for multiple squadrons of MQ-9 Reaper drones. He also said the service plans to issue a campaign plan for training and education this spring to speed up the Marine Corps’ priorities and identify how to resource those goals.