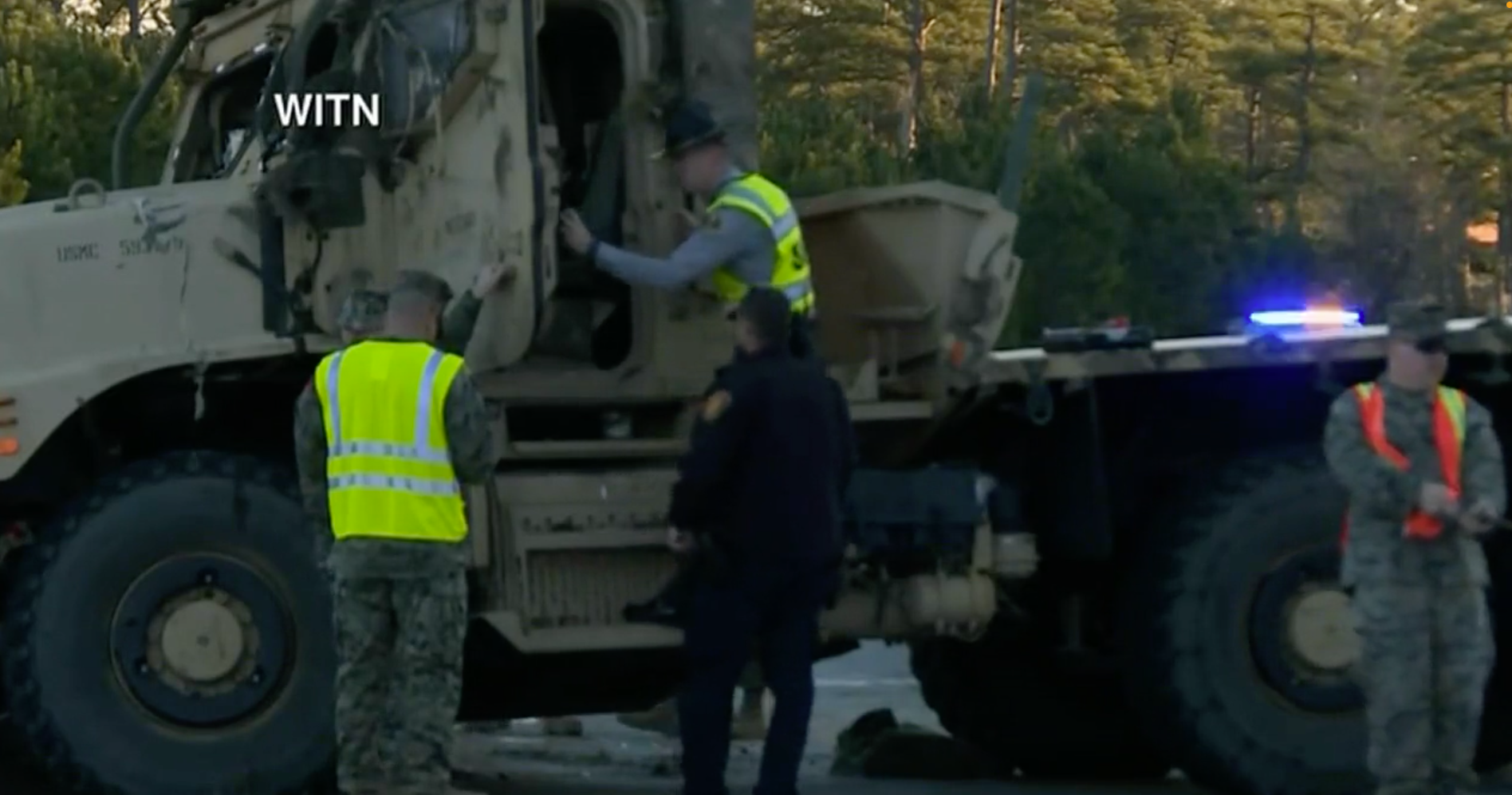 N.C. police and Marine investigate the seven-ton truck that rolled over on a North Carolina highway on Wednesday. WITN Image

The Marines, assigned to 2nd Marine Logistics Group, were in a truck traveling on N.C. Highway 210 when the vehicle tried to turn right and rolled, Sgt. Devin Rich with the Highway Patrol said. Two other Marines were flown to local hospitals with unspecified injuries. Nineteen were on the truck, officials said.

A spokesman with the 2nd Marine Logistics Group did not confirm the information from the N.C. authorities, when reached by USNI News.

“We are aware of a vehicle rollover in Jacksonville, North Carolina, involving service members with 2nd MLG,” the unit said on Twitter.
“We can confirm multiple casualties as a result of this incident.”

According to local news reports, the vehicle is to be a Marine seven-ton Mark23 Medium Tactical Vehicle Replacement (MTVR).

N.C. Highway Patrol has begun an investigation into the accident, however, the initial assessment was “it was a little too fast for the right turn they were trying to make,” Rich told reporters.

In 2019, the service lost three Marines from tactical vehicle accidents and rollovers. In March, a sailor was killed in Oceanside, Calif., after a collision of five service trucks near Camp Pendleton.