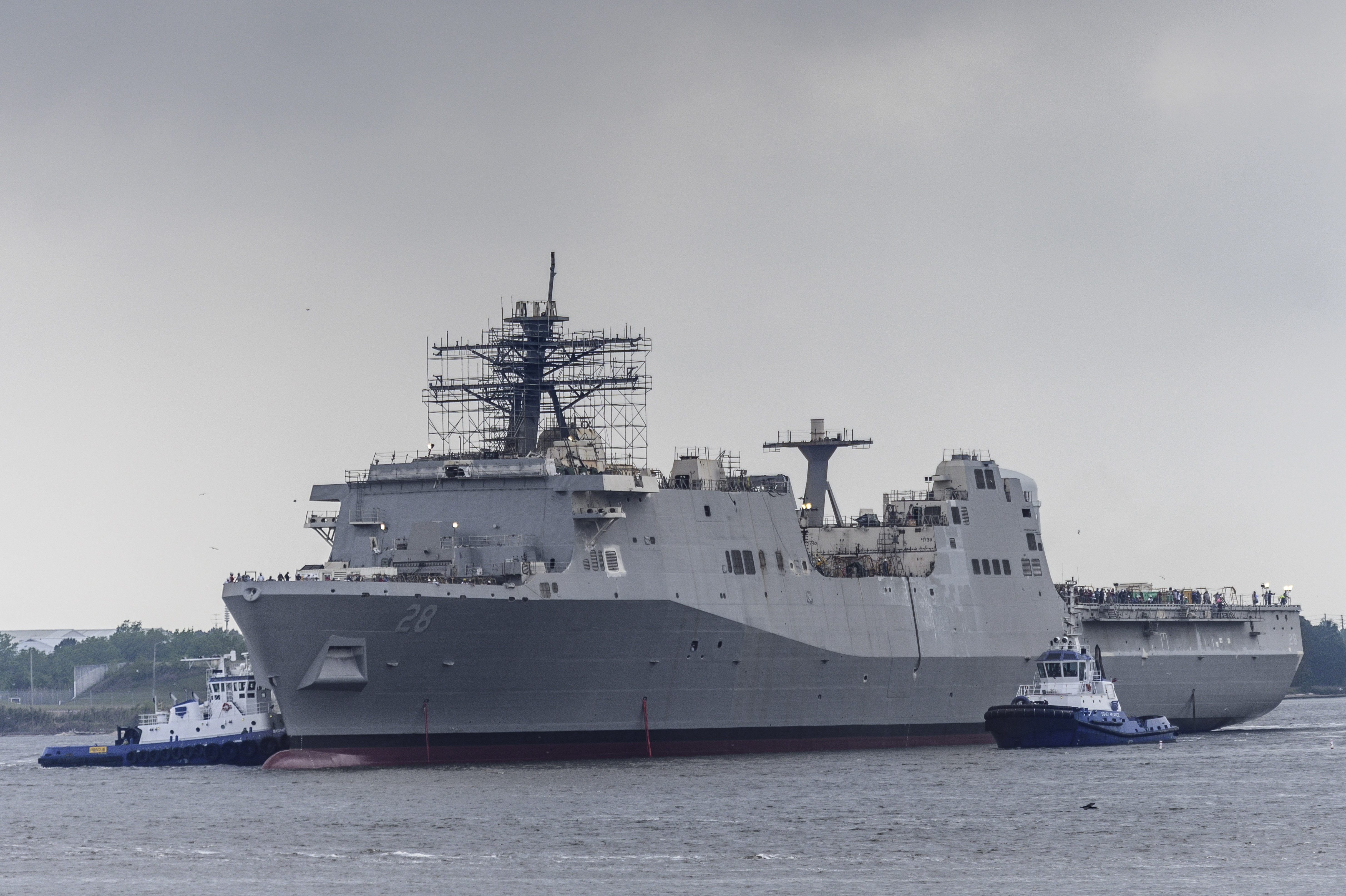 This post has been updated to correct the delivery date for DDG-121.

Huntington Ingalls Industries is expected to deliver Fort Lauderdale (LPD-28) in the first half of 2022, the company announced during a press briefing Wednesday.

Fort Lauderdale finished her Bravo trials at the end of 2021, said George Nungesser, vice president, program management for Ingalls Shipbuilding. The ship was christened in August and is the 12th San Antonio-class ship produced by the shipbuilding company.

As Huntington Ingalls finishes with Fort Lauderdale, it has already started outfitting Richard M. McCool (LPD-29), which launched this week, Nungesser said. The ship is the 13th in the San Antonio-class and is expected to be delivered in late 2023.

The shipbuilder is also working on Harrisburg (LPD-30) and is contracted for Pittsburgh (LPD-31), said LPD program manager Steve Sloan.

While the ongoing COVID-19 pandemic has caused supply chain concerns, Huntington Ingalls has been able to mitigate any major disruptions, Nungesser said.

Looking to the future, Sloan said it is important to see the funding for LPD-32, as well as some predictability for the LHA-10. Huntington Ingalls is already under contract for LHA-9.

It would be nice to have a 30-year plan for shipbuilding from the Navy, Sloan said, adding that it has been some time since there has been a long-term plan. The Navy is expected to give a plan shortly, and Sloan expects to see amphibious assault ships in it.