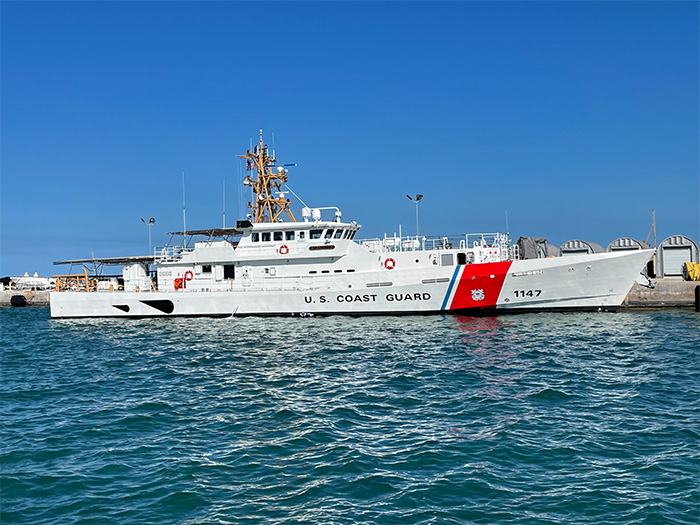 The Coast Guard has taken delivery of the last Fast Response Cutter the service plans to station in Bahrain.

Bollinger Shipyards, which builds the Fast Response Cutters, in a Thursday news release announced the delivery of the cutter Clarence Sutphin.

“USCGC Clarence Sutphin is the final of six FRCs to be home-ported in Manama, Bahrain, which will replace the aging 110’ Island Class Patrol Boats, built by Bollinger Shipyards 30 years ago, supporting the Patrol Forces Southwest Asia (PATFORSWA), the U.S. Coast Guard’s largest overseas presence outside the United States,” the company said in the release.

USCGC Clarence Sutphin is part of the Sentinel-class of Fast Response Cutters built by Bollinger in its Louisiana shipyard. The ship is set to be commissioned in April.

Once based in Manama, Bahrain, the new cutter will work with the Coast Guard’s Patrol Forces Southwest Asia.

“Ensuring that the brave men and women of the U.S. Coast Guard have the most state-of-the-art, advanced vessels as they work to build and maintain the necessary regional alliances to ensure maritime security in the region is a top priority,” Ben Bordelon, the president of Bollinger, said in the release. “Bollinger is proud to continue enhancing and supporting the U.S. Coast Guard’s operational presence in the Middle East and ensuring it remains the preferred partner around the world.”

The ships are 154 feet long and can go more than 28 knots, according to a promotional video from Bollinger.

At the time, the Coast Guard said it has contracted for 60 Fast Response Cutters and that 43 were currently operating in the fleet.