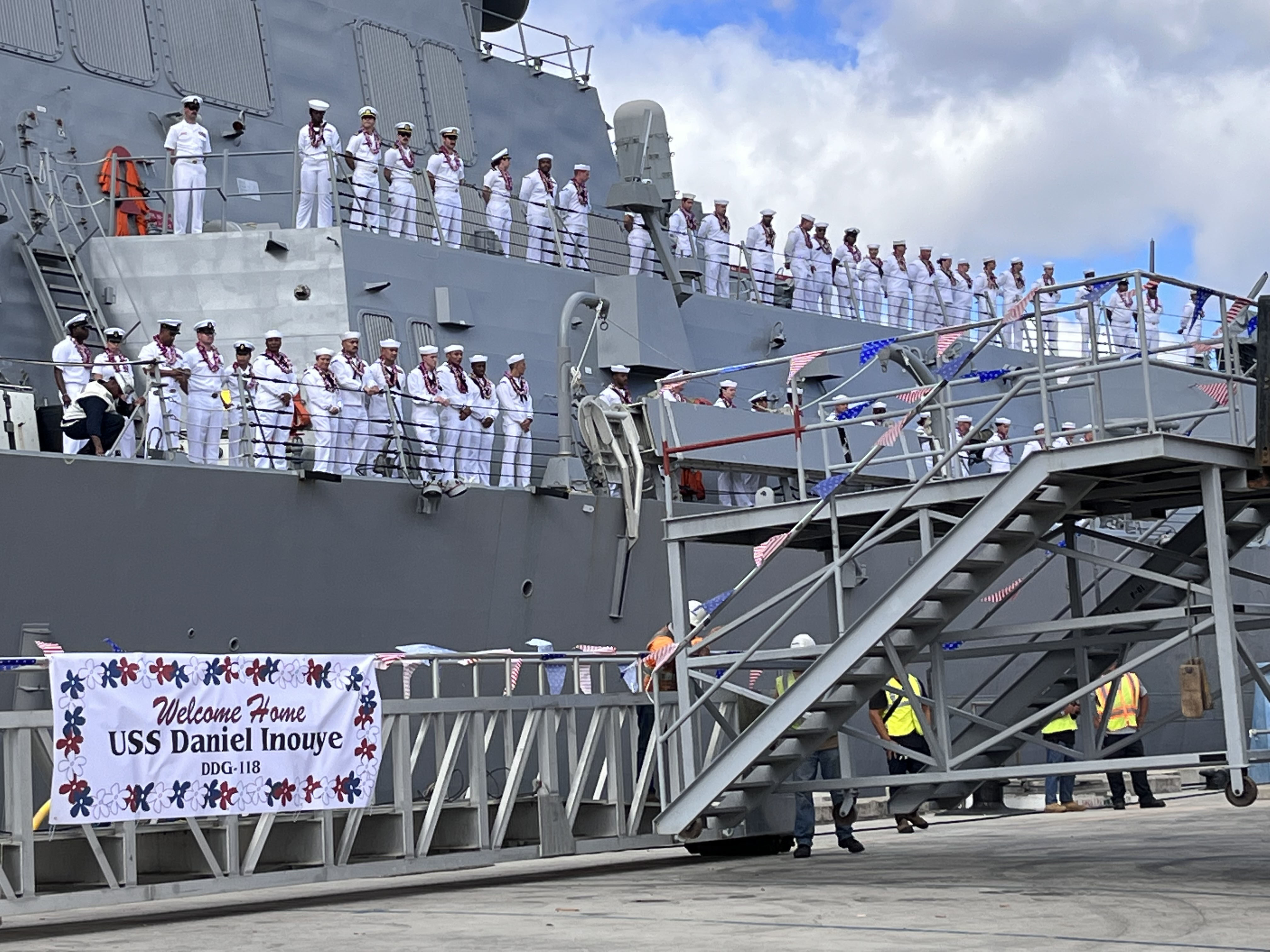 On Wednesday, the plank owners of USS Daniel Inouye (DDG-118) ran aboard the Navy’s newest commissioned ship as music blared in the background.

The guided-missile destroyer was commissioned Wednesday in Hawaii, a day after the 80th anniversary of the attacks on Pearl Harbor. The date was fitting, as the ship is named after the late Sen. Daniel Inouye, who fought in World War II and was a high school student in Hawaii during the attacks.

Inouye helped civilians and sailors injured in the Dec 7, 1941 attacks, according to a release from the Department of Defense.

Inouye grew up in Hawaii, the grandson of Japanese immigrants, said Ken Inouye, the senator’s son, during the commissioning ceremony. He came from what his son called a “challenging” background, due to his family’s history.

After the Pearl Harbor attacks, Inouye was initially not allowed to serve because he was considered a class C, which meant an alien resident ineligible for military service, his son said. When President Franklin Delano Roosevelt allowed Japanese Americans to volunteer for the military, Inouye joined.

“Now, let’s think about this for a while. A guy who is considered 4C is having a ship named after him,” Ken Inouye said. 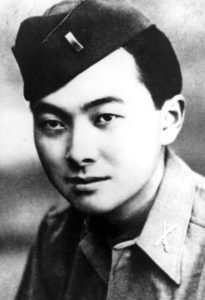 When Inouye asked Dole what he would do after they served, Dole told him about the plans to run for Congress, with the goal of ending in the Senate.

Inouye beat him to the Senate, Kott said. The two were friends, even if they were opposed politically, as Inouye was a Democrat and Dole a Republican, Ken Inouye said.

When he fought in the war, the enemy was someone who saw perfection in a specific type of person, Ken Inouye said.

“Meanwhile, America’s premised upon this more perfect union, always striving for that perfection, but never reaching it because they know it’s impossible,” Ken Inouye said. “They know it’s a moving target. And they know that what seems right at one point may not seem just many years later.”

As part of his military service, Inouye received multiple medals, including the Purple Heart, Secretary of the Navy Carlos Del Toro said during the commissioning ceremony. But Inouye cared more about his service to his country than the medals.

“Sen. Inouye exemplified all that our nation’s military must be,” Del Toro said. “He was smart. He was determined. He was relentless. He was also an American warrior who always placed the interests of his country above his own.”

In order to recognize Inouye’s legacy, the military must be welcoming to and value all Americans, Del Toro said.

“We must recruit, retain, mentor, educate and promote the best of our nation,” he said. “That includes all the Daniel Inouyes that our country has to offer.”

Speaking to the crew of Daniel Inouye, Del Toro thanked them for their service, adding that as Navy secretary he will work to keep them and their families safe.

“Everywhere I’ve gone as secretary, I’ve been struck by the high morale, the unrelenting spirit and determination of our sailors and our Marines,” Del Toro said. “They carry the proud legacy of all who served before them in every conflict and branch of service.”

The crew represents all that Inouye stood for and the good about the United States, the secretary said.

Over the past few years, the crew has learned about Inouye and embodied his legacy, ship commander Cmdr. DonAnn Gilmore said, after the ship was manned.

“This crew and this ship is proud to join the Greyhounds of Destroyer Squadron 31, the Pearl Harbor waterfront and the fleet,” she said. “And we are ready. Daniel Inouye has the watch, and stands ready to answer all bells.”