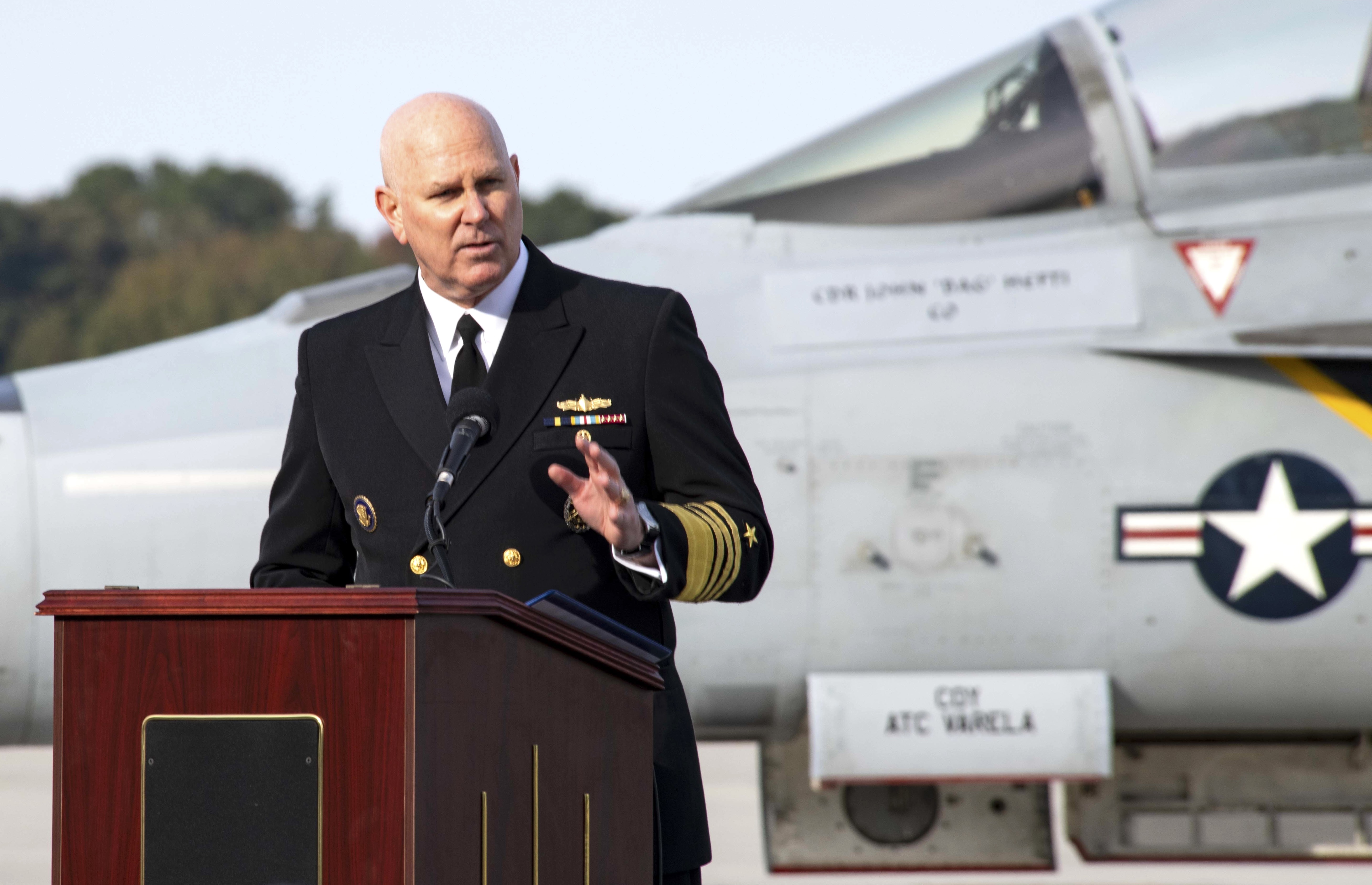 Fear of failure is keeping the U.S. from developing weapon systems to keep up with China and Russia, the nominee for the number two job on the Joint Chiefs of Staff told a Senate panel on Wednesday.

“That risk aversion was born of a period perhaps in the late 90s, early 90s, when we didn’t have any peer competitors. That’s not the case now. We have to be able to fail, to learn faster. Failure doesn’t mean malfeasance or laziness or any of that, but it means iterating. And going faster,” Adm. Christopher Grady told the Senate Armed Services Committee. Grady was responding to a question from Sen. Angus King (I-Maine) during his confirmation hearing to be the vice chairman of the Joint Chiefs of Staff.

The vice chair oversees the Joint Requirement Oversight Council, the Pentagon group that gives the go-ahead to develop new weapons systems for the services.

“It is perhaps one of the most important things that happens in the Pentagon. And building on the momentum set by my predecessors, especially Gen. Silva and Gen. l Hyten, I think that the key to the JROC is that it is threat and risk-based,” Grady said.
“If we go from a threat-based perspective to close those gaps, and then we work to go faster, I think we’ll achieve the true potential of the JROC.“

During the hearing, Grady was asked several times how he would work to streamline the acquisition process to field modern weapons quickly, while China and Russia have made no secret of developing advanced technologies like hypersonic weapons.

“If it takes a dozen years to develop a new airframe, or a new ship or new weapon system, it we’re just we’re sunk, to use the naval term, time has to be an essential part of this process,” King said.

Grady responded, “I think one of the challenges, though, is that we’re risk-averse. And so that, that we need to consider whether to adopt a strategy, if you will, that will allow to test a little and learn a lot.”

Grady also touched on the work, led by the now-retired Hyten, on the joint warfighting concept that seeks to tie the services together more closely in four key areas: contested logistics, information advantage, joint fires and the emerging Joint All Domain Command and Control (JADC2) initiative.

“Contested logistics is an incredibly important part of our theory, that fight going forward. I think that’s why we recognize that it is one of the four pillars of the new joint warfighting construct. And so contested logistics, whether it allows us to fight in Korea, or in the Indo-Pacific or even in Europe is going to be incredibly important to what we do. We’re pretty good at logistics, but there’s room to improve,” Grady said in response to a question from Sen. Joe Manchin (D-W.Va.).

Sen. Deb Fischer (R-Neb.) pressed Grady on the need for nuclear modernization in regards to the uptick in China’s strategic nuclear weapons and the capability of Russia. The vice chair is part of the Nuclear Weapons Council that oversees the U.S. atomic stockpile.

“China’s breakout is indeed … spectacular and indeed, breathtaking,” Grady said. “Therefore, we need to be postured to address that issue, need to think about how we would proceed with deterrence, particularly deterrence now against two peer competitors, and who need to be deterred in two different ways. And deterrence then, I think, builds on that strong nuclear triad that we just talked about. And so the modernization of the nuclear triad will be the underpinning of that deterrence effort against two nuclear competitors.”