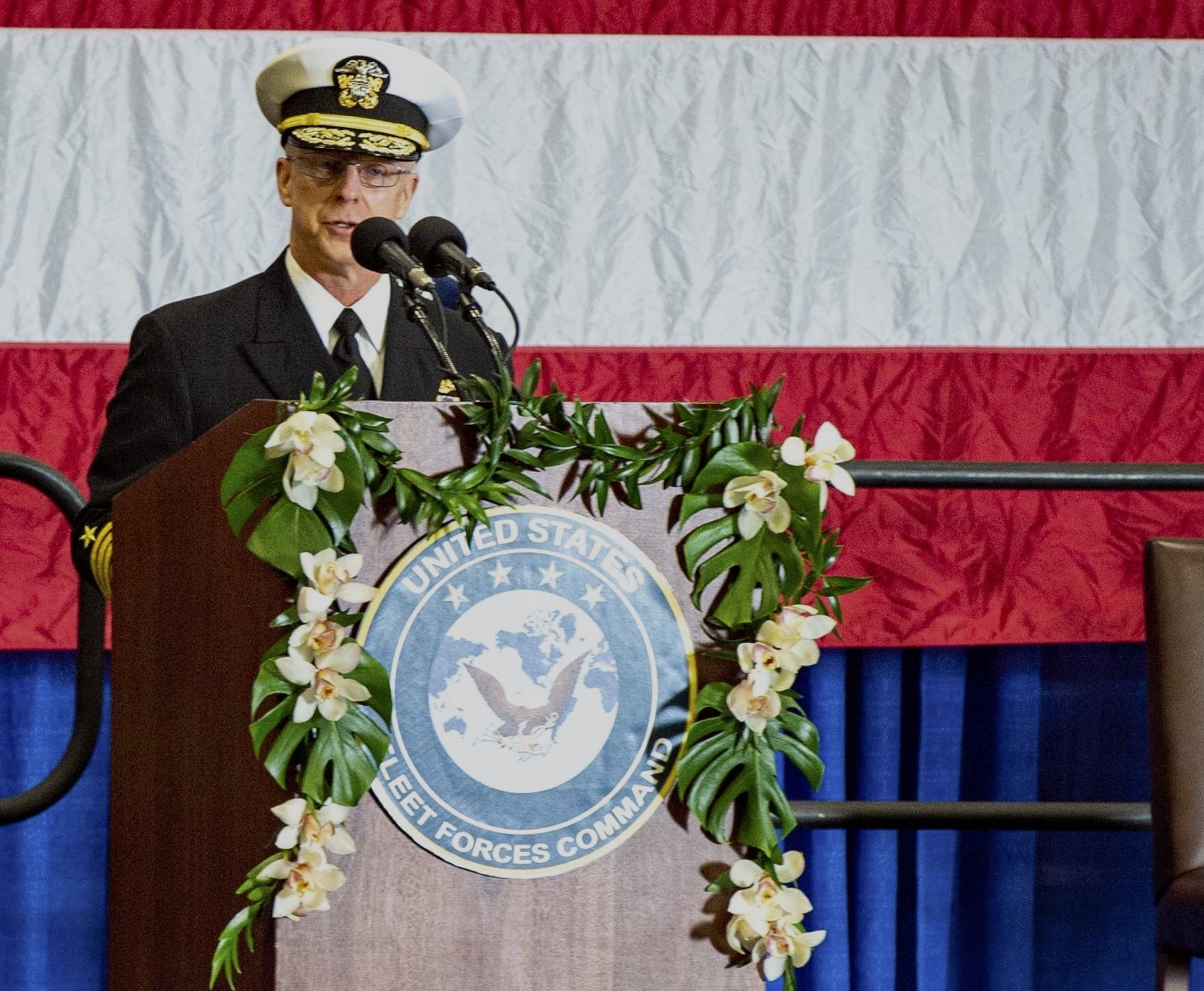 ABOARD THE AIRCRAFT CARRIER USS GEORGE H.W. BUSH – The incoming head of the U.S. Navy’s Atlantic fleet said his command will continue to prepare ships and sailors that will take on a renewed threat from across the sea.

“Our direction from the Secretary of the Navy and the [Chief of Naval Operations] is clear. We are in a maritime era with readiness at a premium, we must focus our efforts on increasing the lethality and the capability of not only our Navy, but what we will bring to the joint force,” newly minted U.S. Fleet Forces commander Adm. Daryl Caudle said on Tuesday.
“We will own the Atlantic – meaning three things. First, a guarantee that the homeland will be defended. Second, we will operate our forces without seams or artificial boundaries through command and control structures that are nimble, agile, responsive and mission-based. Finally, our adversaries will think more than just “not today” with respect to attacking the United States, but it will be the absolute wrong day to confront our Navy.”

“Our oceans can no longer be viewed as moats protecting us. They’re actually potential attack vectors. They can be attack vectors from on the ocean [and] from undersea as well. I couldn’t agree more with Adm. Grady,” VanHerck said.
“Historically, out-of-area deployers from Russia and China have been seasonal threats. They’re no longer seasonal threats. They’re persistent proximate threats to our homeland. Today is primarily Russia. In five to 10 years, it will be both China and Russia, taking away decision space from our senior leaders, both in the Atlantic and the Pacific, in the Arctic and around the globe.”

Grady was in command of Fleet Forces when the Navy stood up the subordinate U.S. 2nd Fleet – the service’s answer to the growing capability and capacity of the Russian submarine fleet. 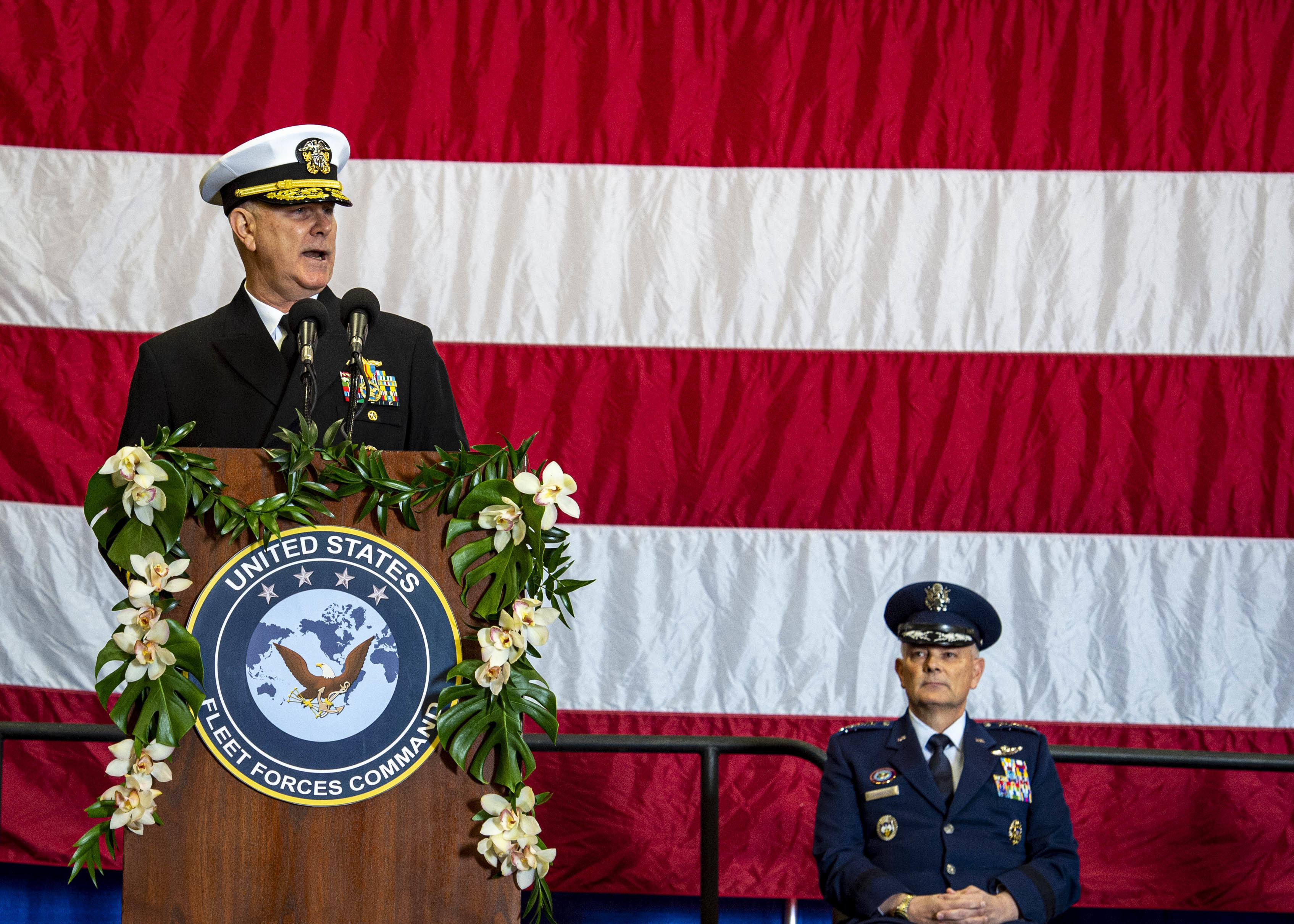 “Over the last three and a half years, Fleet Forces executed critical initiatives within the fleet and the foundry to ensure that the fleet is so supremely prepared to deter our adversaries, defend our nation, and to fight and win,” Grady said in a speech on the carrier.

Grady also took on a greater role in the larger U.S. strategic forces structure as a subordinate command under U.S. Strategic Command in 2019.

STRATCOM commander Adm. Charles Richard said Fleet Forces would be key to U.S. efforts in strategic deterrence, as both Russia and China continue to expand their strategic weapons.

“Today … demands American naval power stand up against two nuclear-capable adversaries who have the ability to unilaterally escalate a conflict to any level of violence. We haven’t been in a threat situation like this in over 30 years. And we never had to do two of them at a time,” he said.

Last month, Grady was nominated to serve as the vice chairman of the Joint Chiefs of Staff to succeed now-retired Air Force Gen. John Hyten. His confirmation hearing is scheduled for Wednesday.