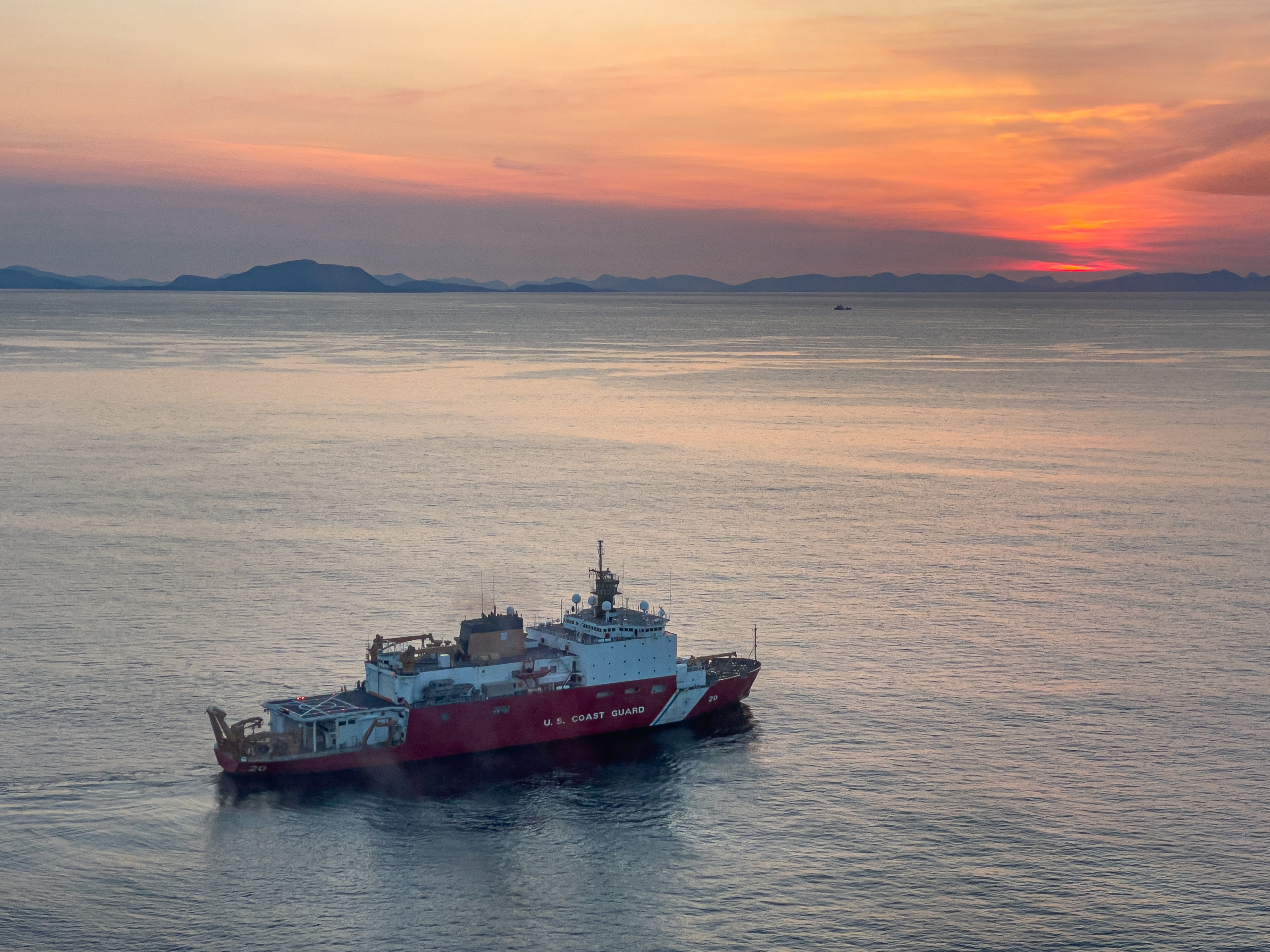 The Coast Guard Cutter Healy, a 420-foot polar icebreaker, transits to the Gulf of Alaska, July 20, 2021. Healy and its crew are currently on a 133-day deployment into the Arctic as part of a circumnavigation of North America to conduct Coast Guard missions and to support scientific research. U.S. Coast Guard Photo

The United States reminds Canada and Russia often that Washington regards the Northern Sea Route and the Northwest Passage as straits used for international navigation, not exclusively theirs to control, an international maritime law expert said Wednesday.

James Kraska, a professor at the Naval War College, said that with warming waters, military planners are regarding these waters “as a surface [area] for operations,” recognizing that the “oceans are going to be the quickest way to move large forces” from one place to another.

But, he added there are chokepoints on both sea lanes that have military and commercial implications. The Northern Sea Route, closest to Russia – which also has the largest territorial claims in the Arctic – appears to be the most accessible, especially for trade between Asia and Europe.

“Russia had greater ambitions” in the Arctic than the other seven nations with territorial claims there, Kraska said during a panel at the Norwich University Military Writers’ Symposium. As a consequence, Moscow “has done a better job of building out infrastructure” from expanding its fleet or icebreakers, to modernizing its ports and ramping up its military presence to back up its claims to control of the Northern Sea Route.

The Kremlin, when looking at the other seven members of the Arctic Council, sees either NATO allies of Washington or western partners, like Finland and Sweden.

At the same time, since World War II, Washington has relied on freedom of navigation and overflight across the globe to prevent the rise of a hegemonic power in Europe and Asia that threatens the global order. To Washington’s mind – in presidential directive and Navy policy – a strait is “not just a transit route.” Kraska added that Canada and Europe have “the exact same interests [in maintaining freedom of navigation and overflight], though it may not be as obvious to them,” as does the U.S.

For Russia, the U.S. and Canada, the Arctic has also been a region of strategic stability, despite testing each other’s defenses. In asserting its freedom of overflight, Moscow has tested NORAD defenses over the North Pole and around Iceland, he noted.

“The United States and Canada are connected to their treaty partners only by the oceans,” Kraska said.