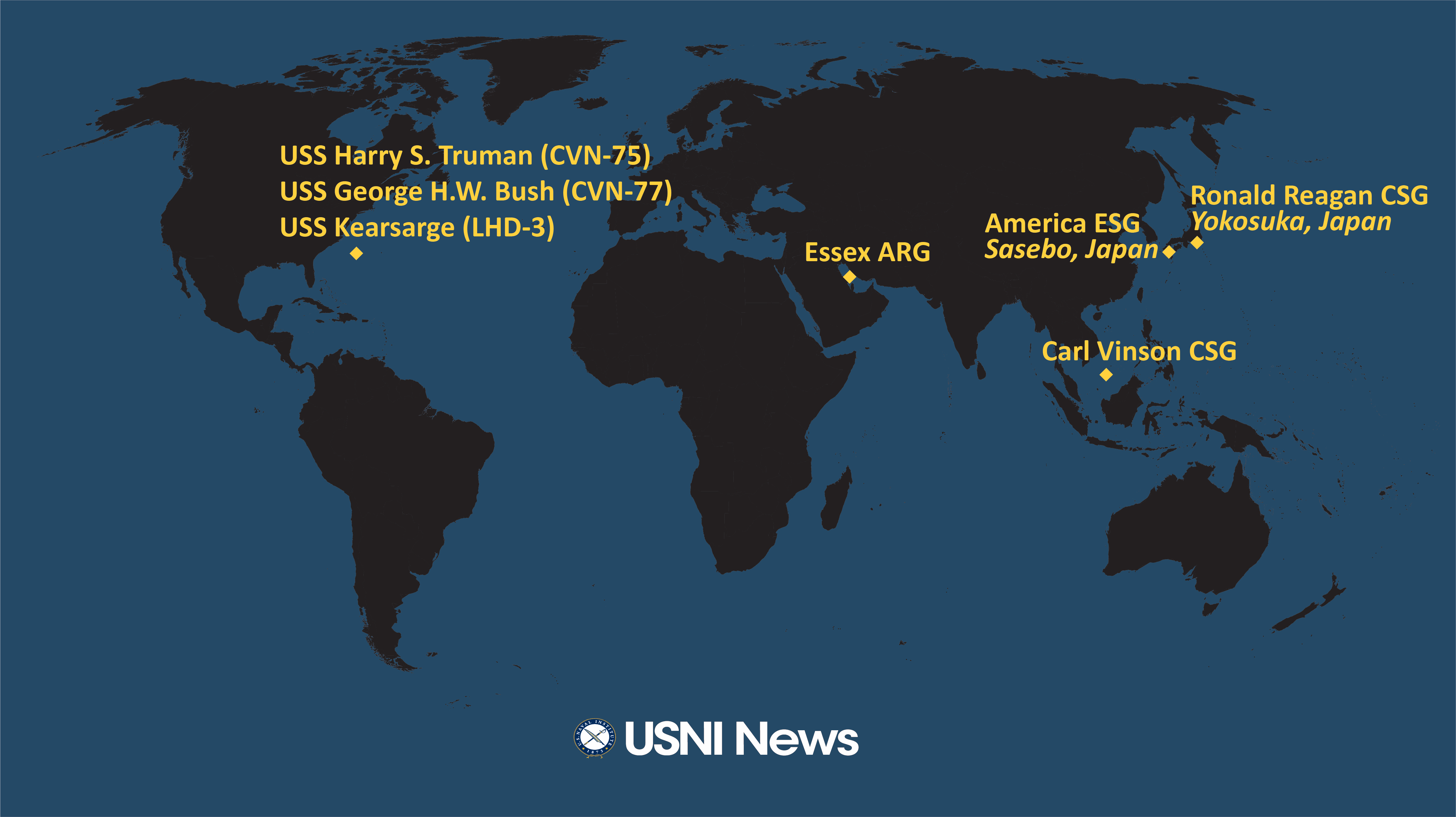 These are the approximate positions of the U.S. Navy’s deployed carrier strike groups and amphibious ready groups throughout the world as of Oct. 25, 2021, based on Navy and public data. In cases where a CSG or ARG is conducting disaggregated operations, the chart reflects the location of the capital ship. 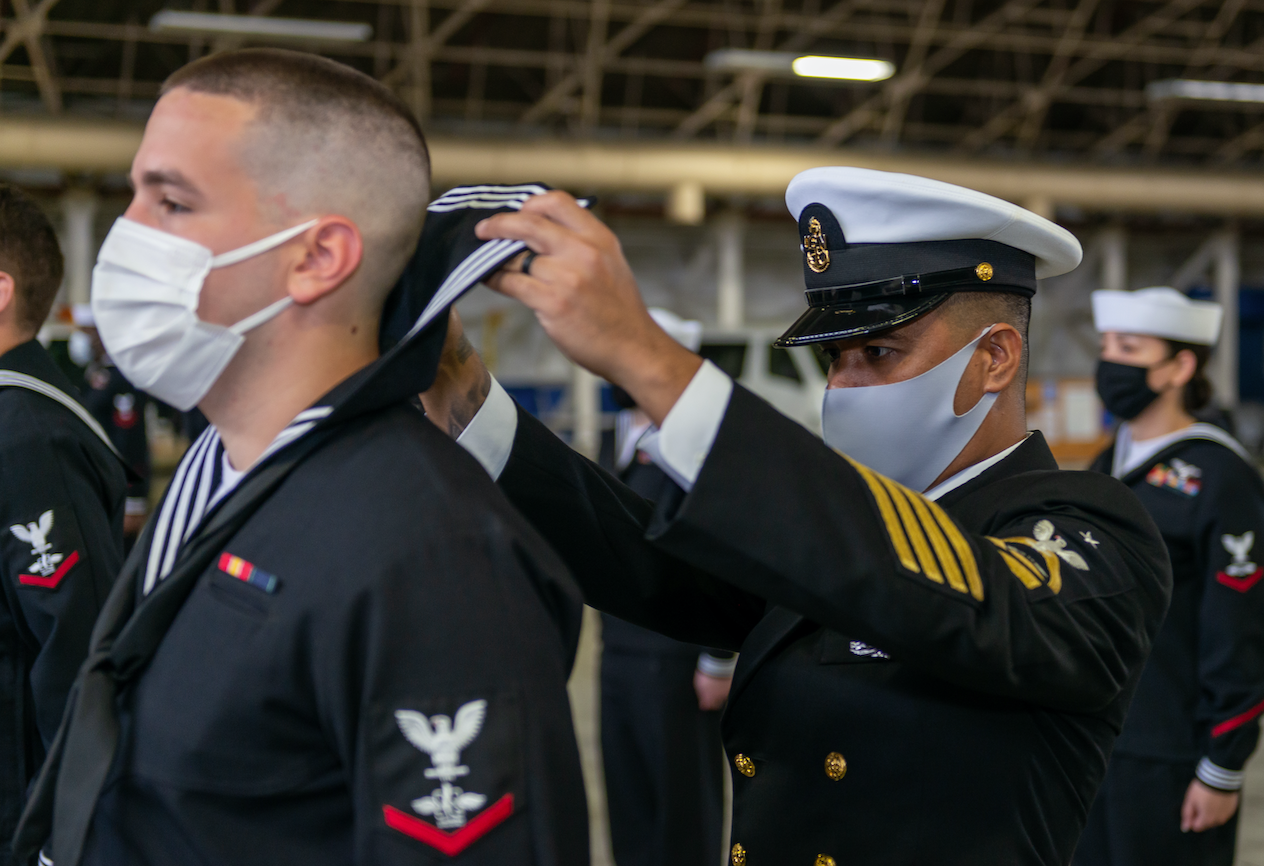 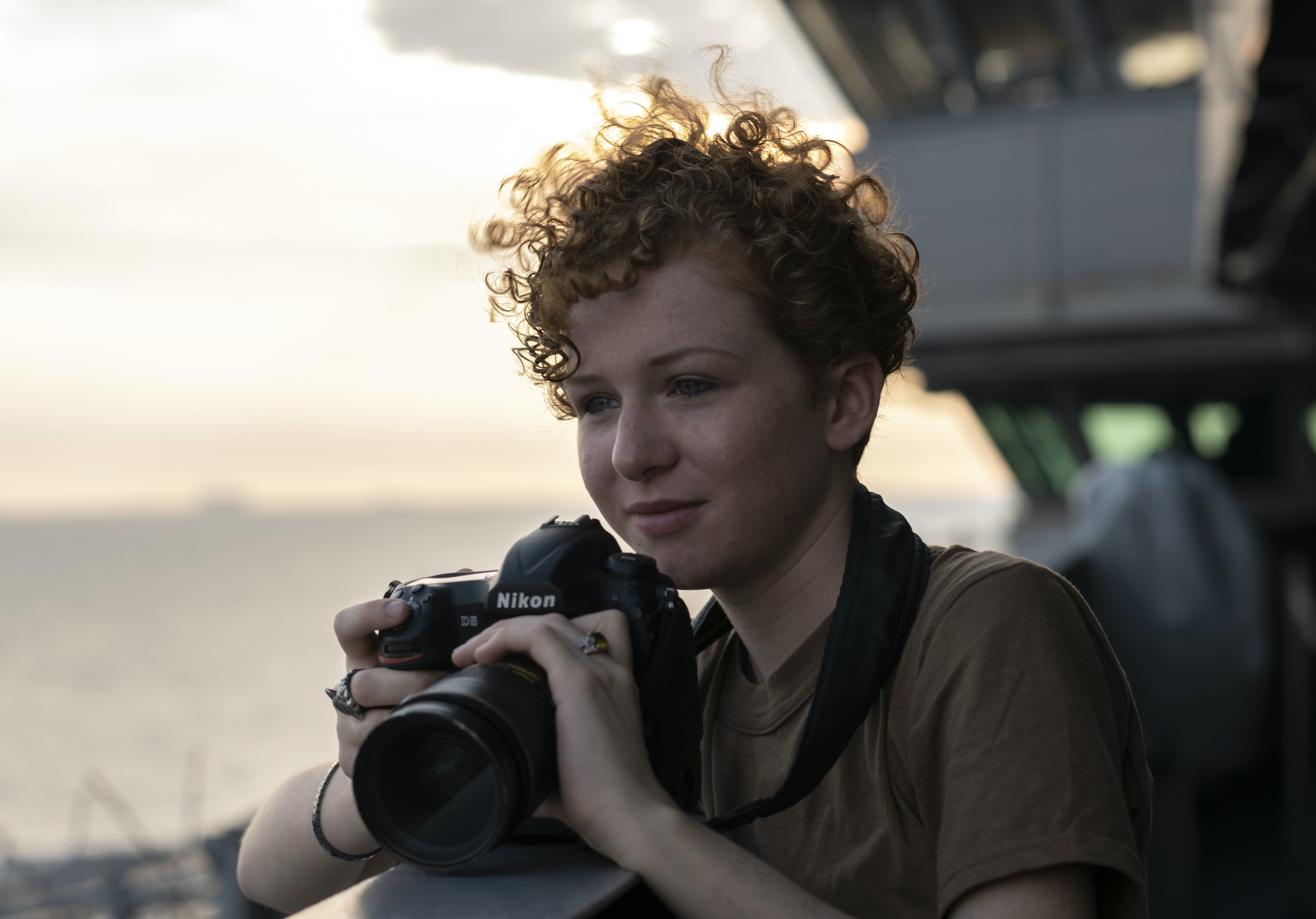 The Carl Vinson Carrier Strike Group is in the South China Sea – off the coast of Vietnam – after completing the second phase of the Malabar exercise between the U.S., Australia, Japan and India earlier this month. 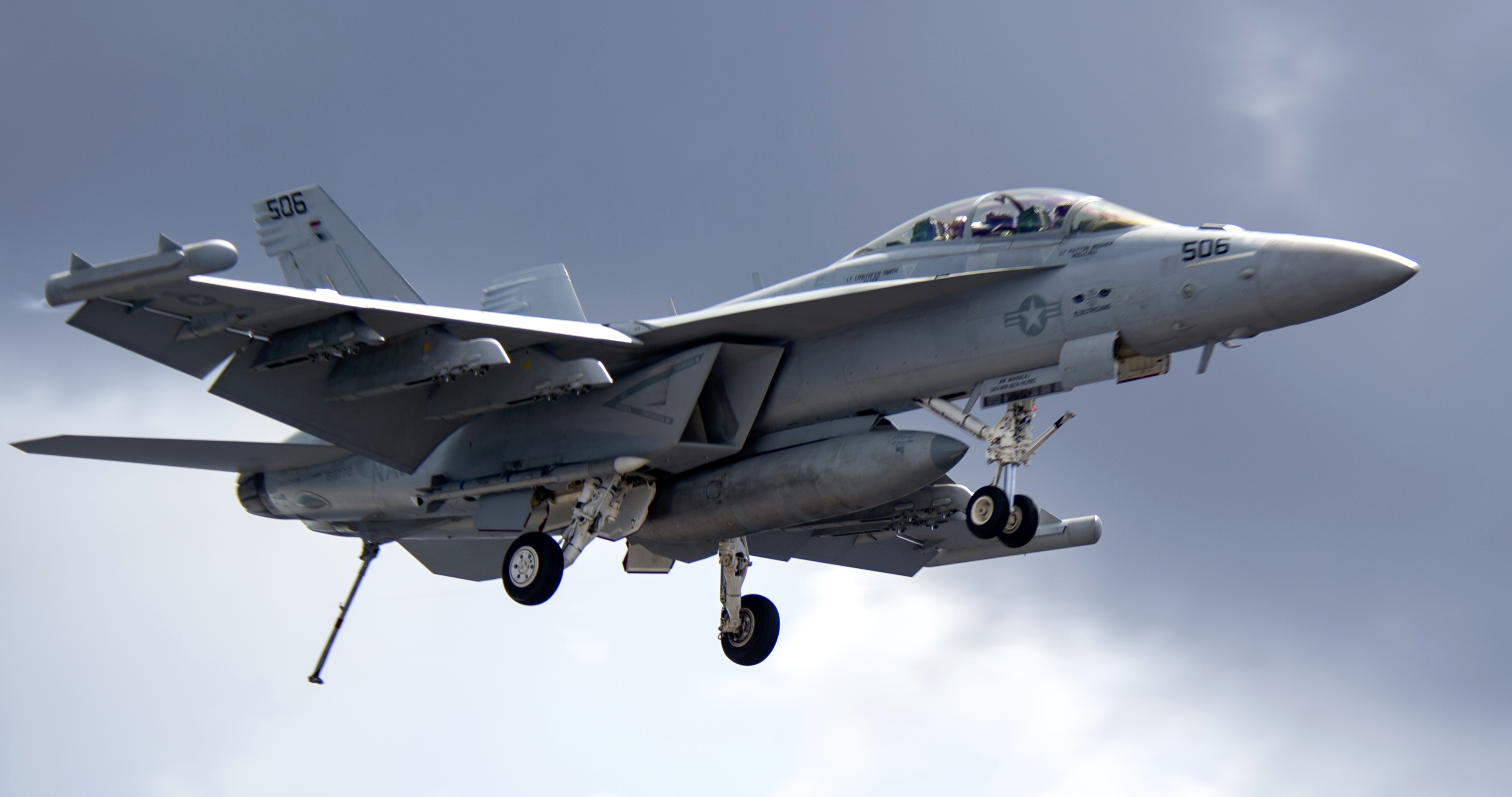 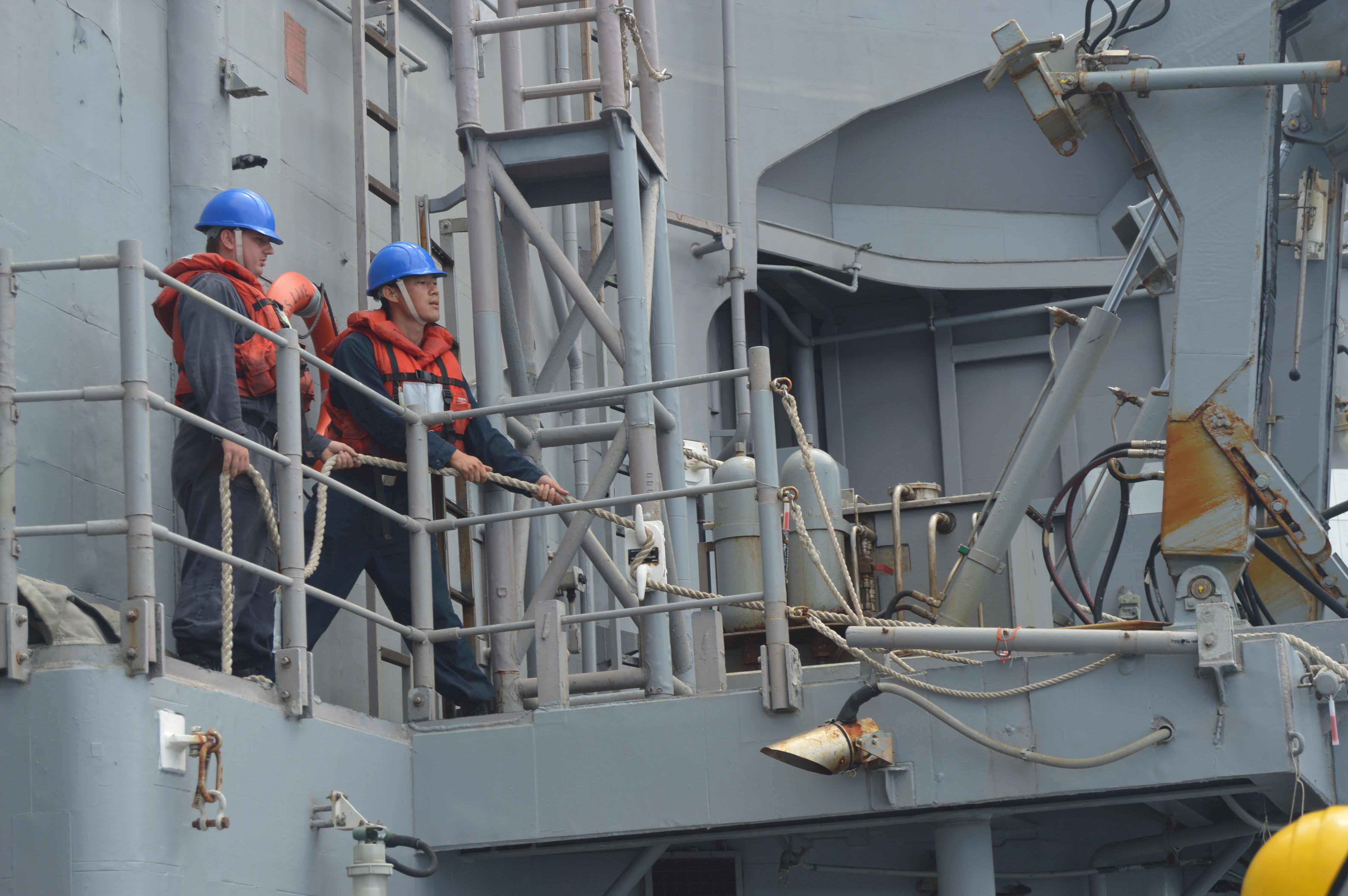 Seaman Steven Wagner, a native of Fairview, Ill., left, and Seaman Yutong Shao, a native of Los Angeles, man the boat deck aboard Ticonderoga-class guided-missile cruiser USS Lake Champlain (CG 57) as they lower a boat into the water, Oct. 20, 2021. US Navy Photo 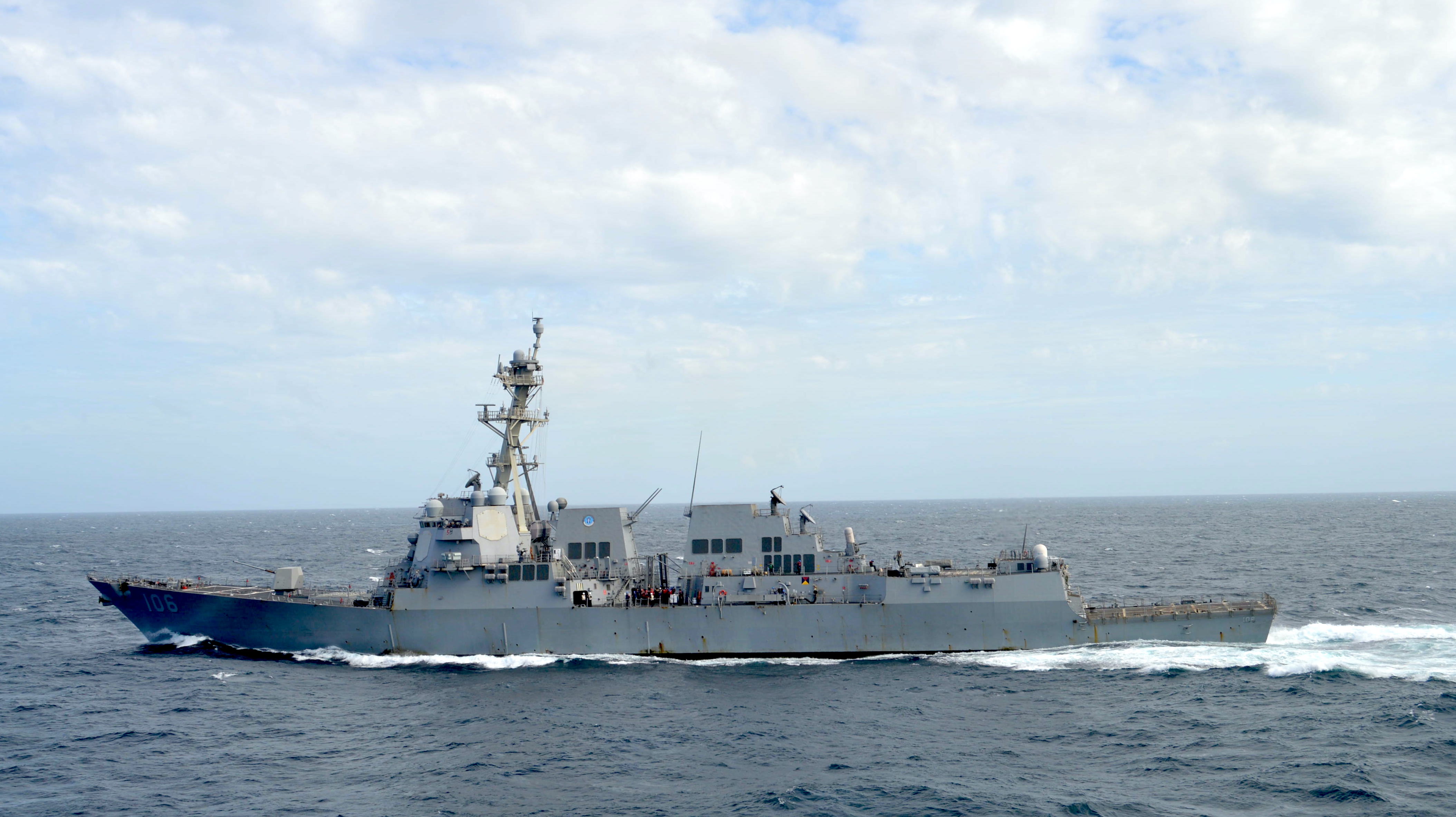 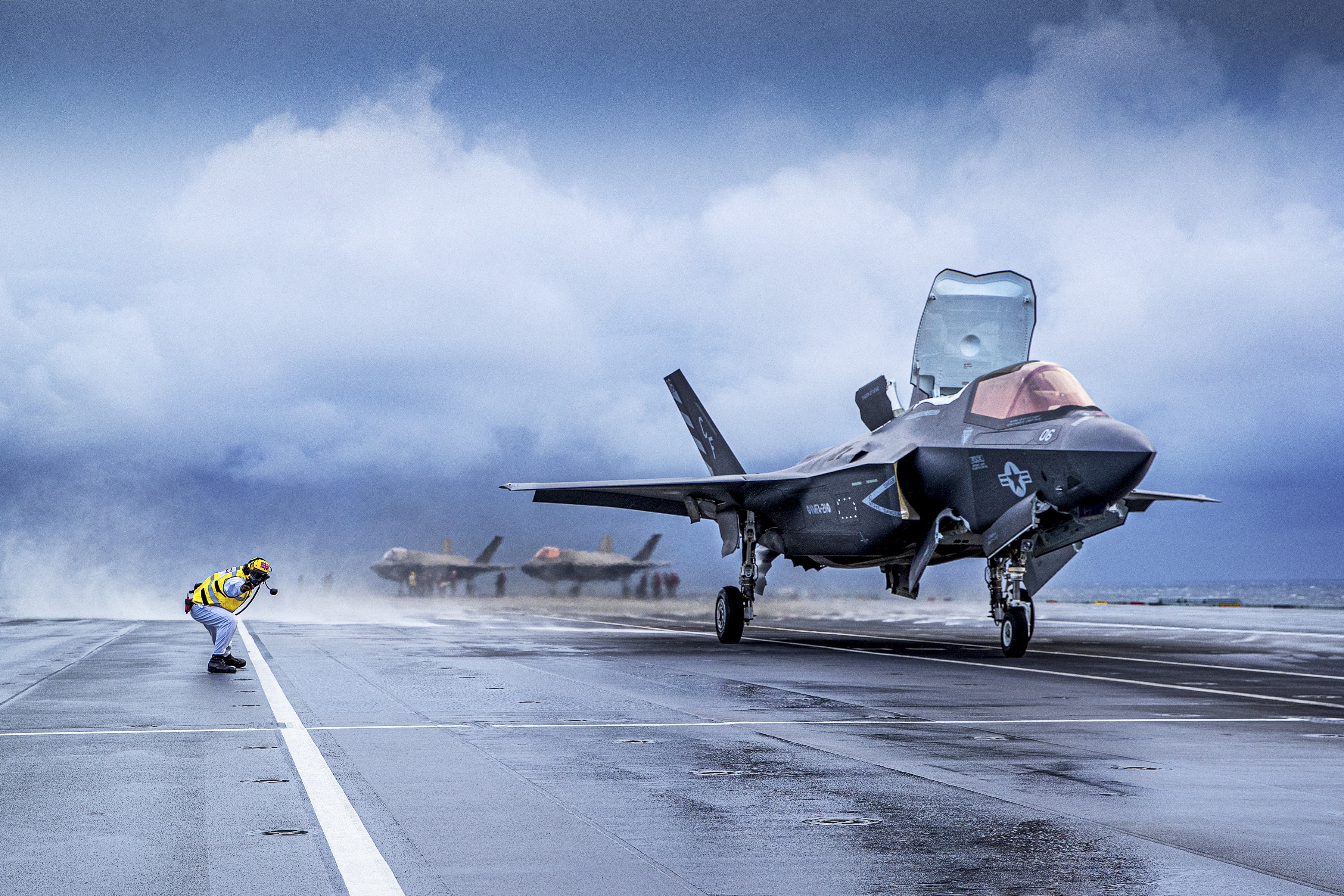 The U.K. Royal Navy Carrier Strike Group, led by HMS Queen Elizabeth (R06), is in the Arabian Sea – off of Mumbai – and is conducting joint exercises with India.

USS The Sullivans (DDG-68) detached from the U.K. Carrier Strike Group on Oct. 20.

Having worked in partnership for over a year, yesterday we waved goodbye 👋 to USS The Sullivans. Fair winds and following seas#CSG21 pic.twitter.com/h5kyxYwimQ 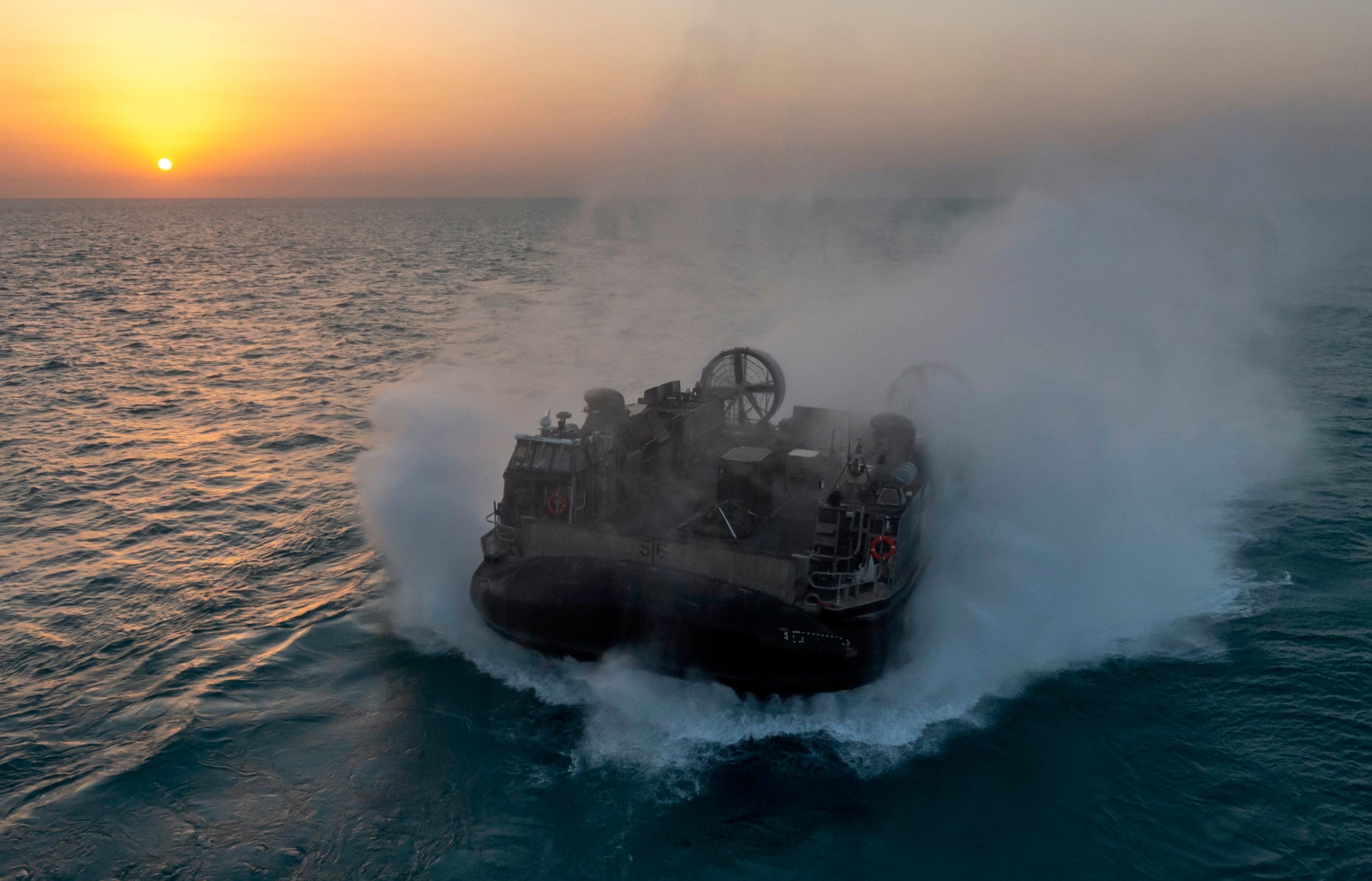 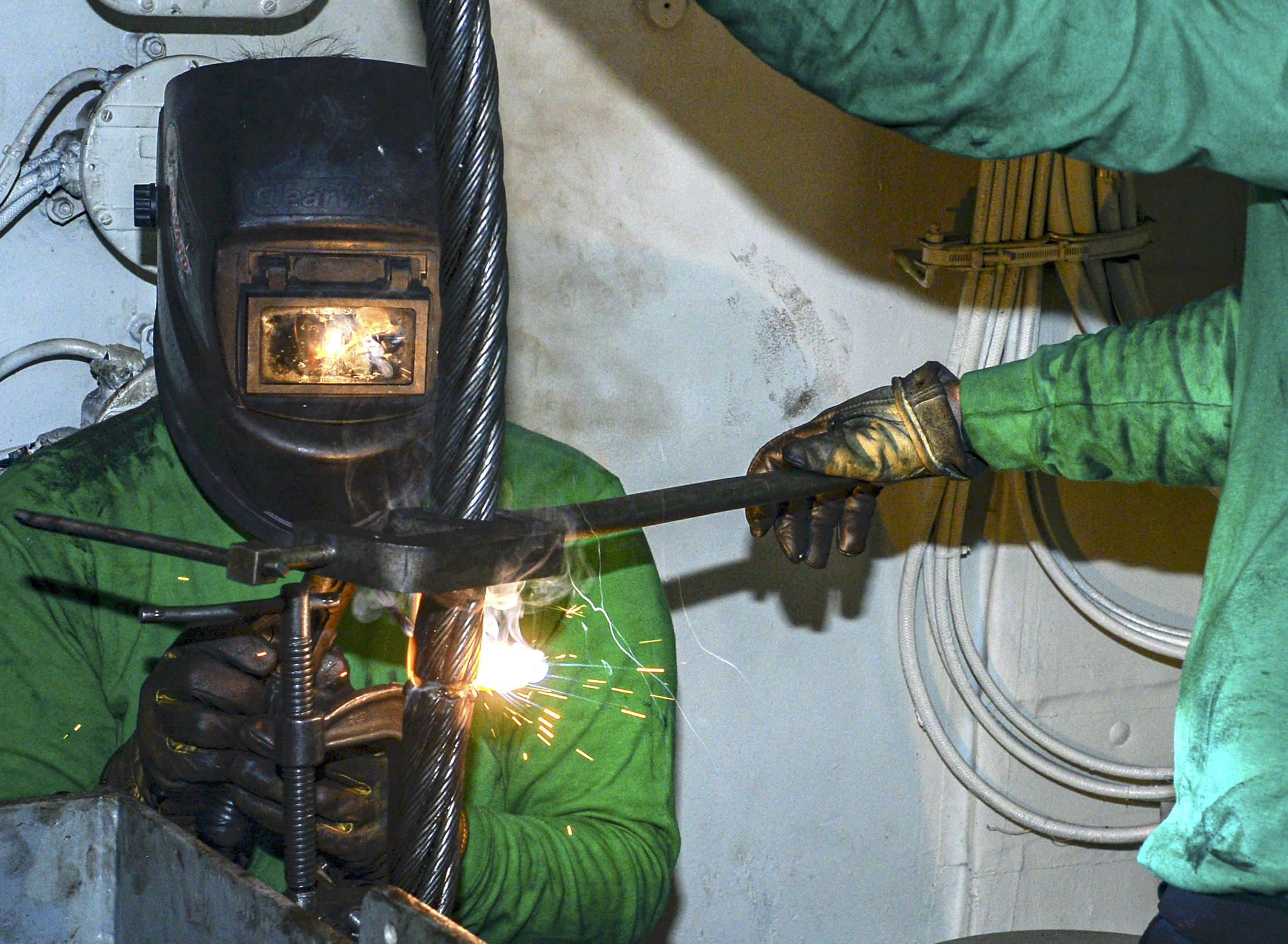 USS Kearsarge (LHD-3) and its Amphibious Ready Group (ARG) is underway off the East Coast for pre-deployment training. The 22nd Marine Expeditionary Unit (MEU) is embarked. 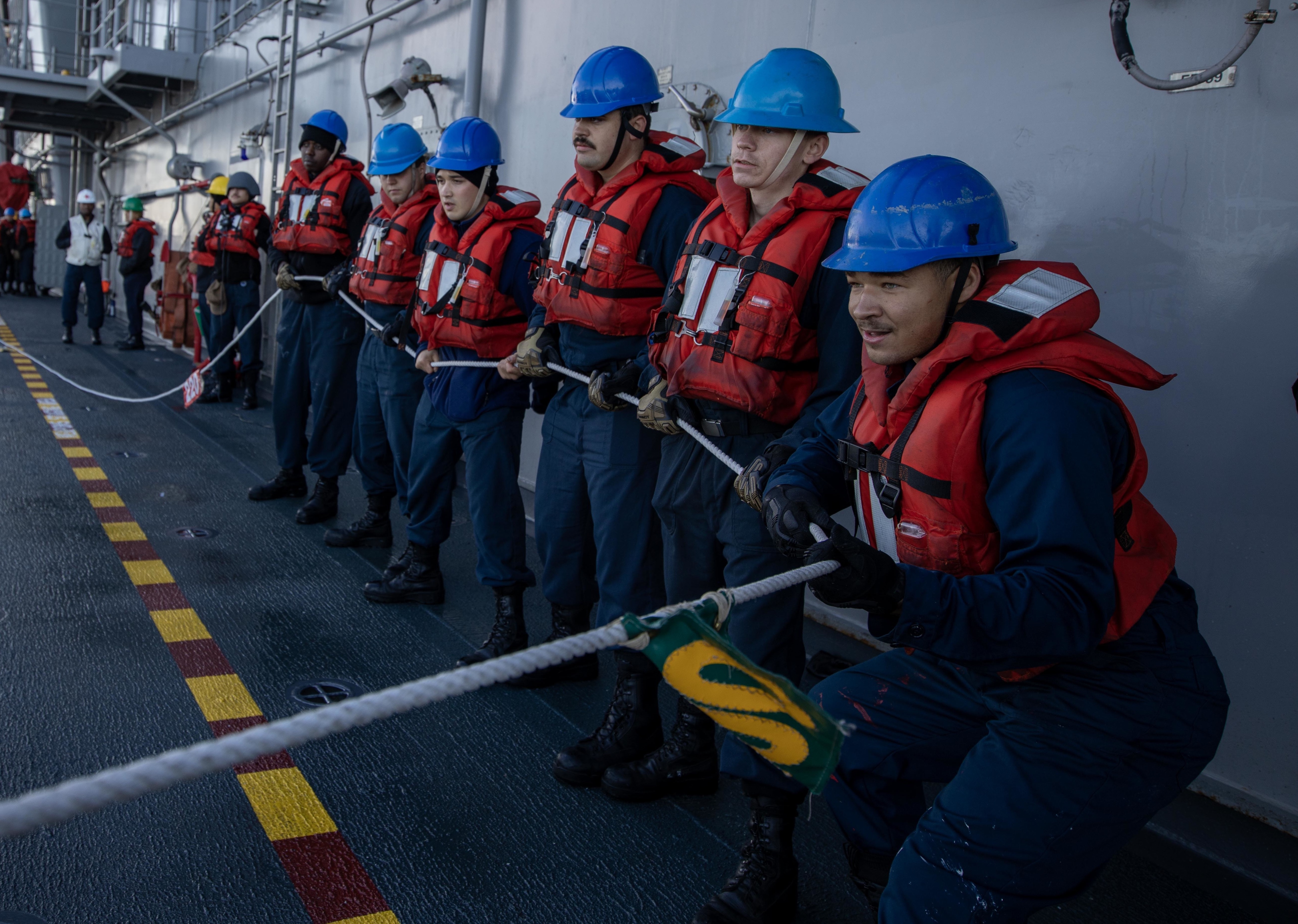