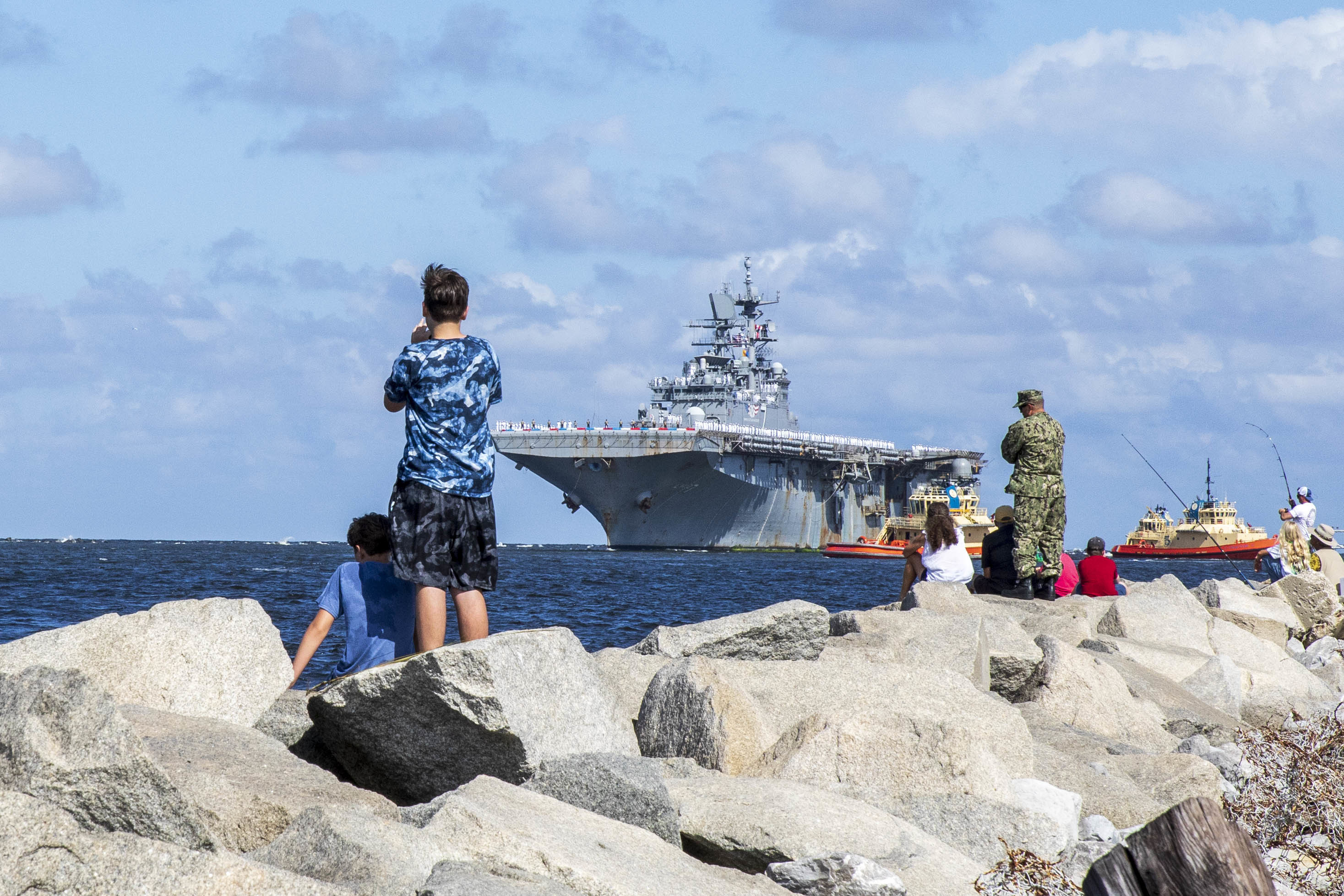 This story has been updated to correct that USS San Antonio (LPD-17) pulled into its homeport on Friday, not Saturday.

The three ships that make up the Iwo Jima Amphibious Ready Group pulled into their respective homeports the last few days, ending a deployment that supported the U.S. withdrawal from Afghanistan.

The Iwo Jima ARG with the 24th Marine Expeditionary Unit embarked primarily operated in the U.S. 5th Fleet and U.S. 6th Fleet areas of responsibility and supported the U.S. withdrawal from the 20-year war in Afghanistan during the second half of the deployment.

The return comes six weeks after 13 U.S. service members – 11 Marines, one soldier and a Navy hospital corpsman – died in a suicide bomb attack at the Hamid Karzai International Airport in Kabul during evacuation efforts that were part of the withdrawal. One of the Marines killed in the attack – 23-year-old Sgt. Nicole Gee – was deployed as part of the Combat Logistics Battalion 24 with the 24th MEU.

Marines from the 1st Battalion, 8th Marines and Combat Logistics Battalion 24 deployed from the Iwo Jima ARG to Afghanistan in mid-August to help with the noncombatant evacuation operation, USNI News reported at the time. 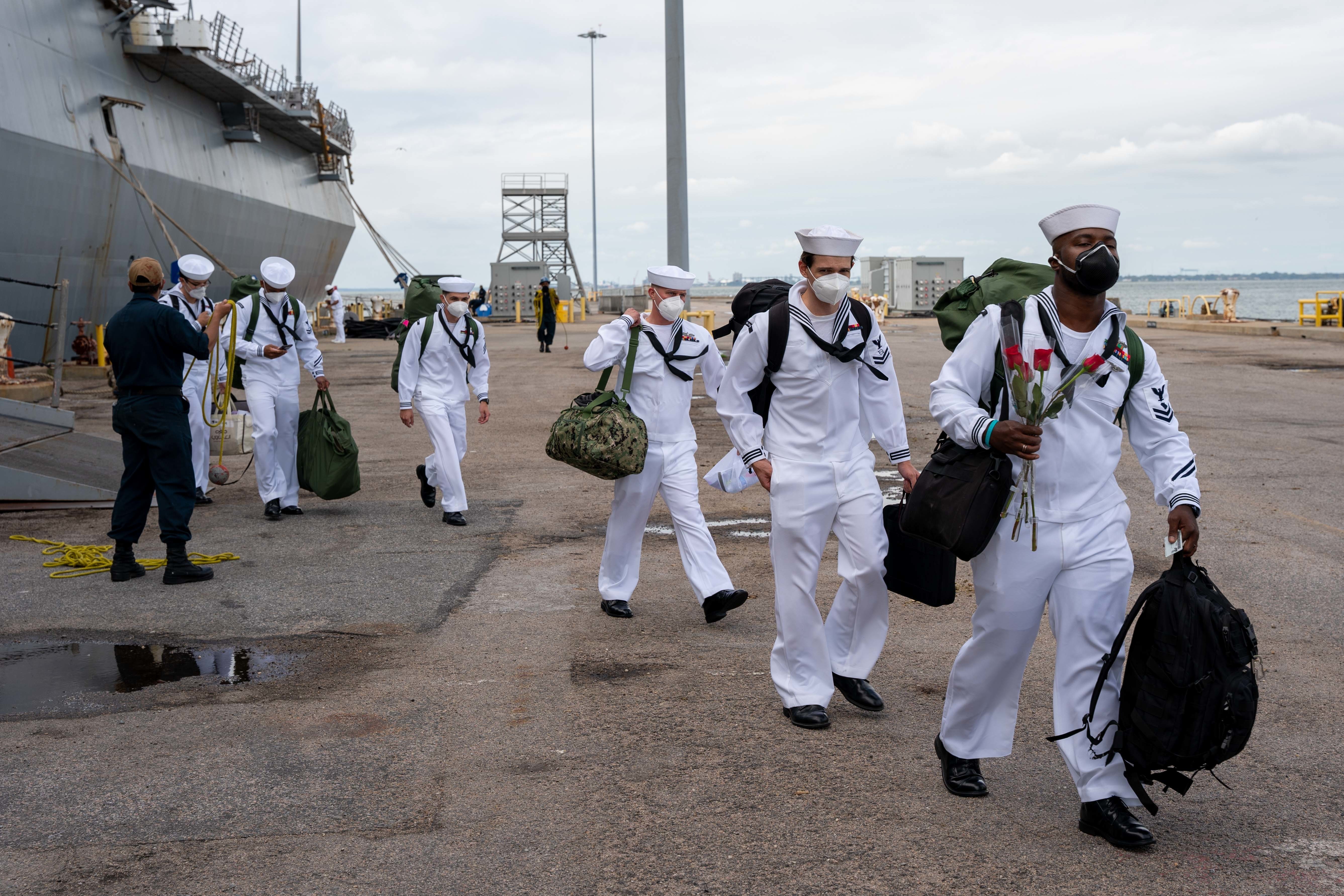 While part of the deployment focused on support for the U.S. withdrawal from Afghanistan, the ships in the ARG also drilled with multiple navies and made various port calls throughout the Middle East and Mediterranean.

“The IWOARG as a whole supported a variety of mission sets ranging from passing and communication exercises with naval forces from our allied and partner nations including the British, Hellenic, and Egyptian navies, to participation in numerous interoperability and partnership exercises such as Fleet Battle Problem, Ragnar Viking, Portuguese PHIBEX, Joint Warrior, Steadfast Defender, Exercise Nemesis Raptor, and Operation Allies Refuge,” according to a U.S. 2nd Fleet news release.

“We traversed a good portion of the world, from the Arctic Circle to the Arabian Gulf, conducted LCAC and flight operations, delivered our Marines safely and efficiently wherever they needed to go to accomplish the mission, and even ran a facility ashore overseas supporting personnel evacuating from Afghanistan. I cannot say enough about the crew’s flexibility and resiliency, and we are excited to return home to our families who have supported us throughout this challenging but rewarding year,” San Antonio commanding officer Capt. Robert Bibeau said in a separate 2nd Fleet news release.

Combat Logistics Battalion 24, the 1st Battalion, 8th Marines and the Medium Tilt-Rotor Squadron (VMM) 162 Reinforced – as well as a Light Armored Reconnaissance detachment – made up the 24th MEU.