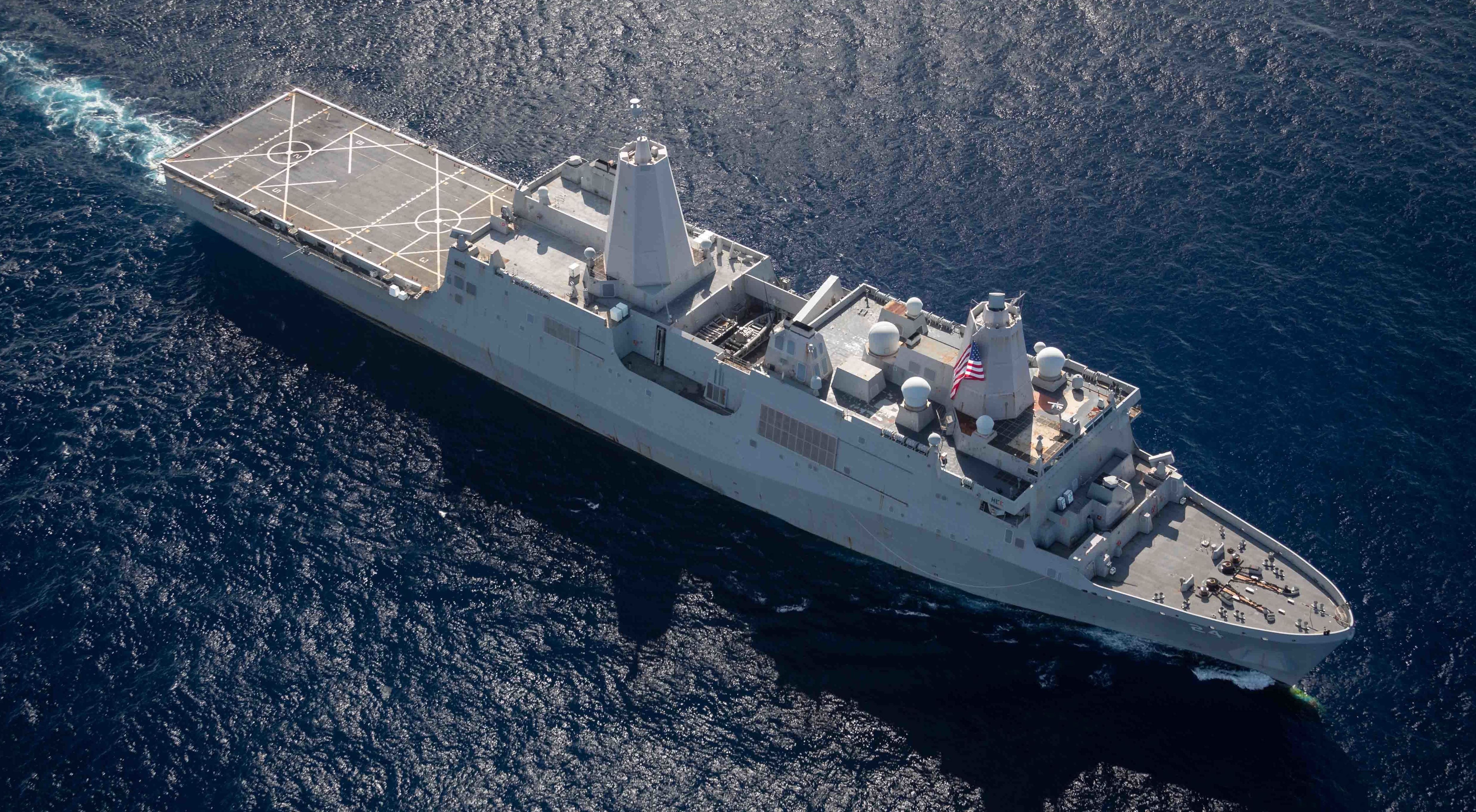 The Navy is sending the amphibious warship USS Arlington (LPD-24) to assist with the humanitarian aid mission in Haiti in the aftermath of an Aug. 14 earthquake, Pentagon officials said on Tuesday.

The aftermath of the 7.2 magnitude earthquake has killed at least 1,941 and wreaked havoc across the southwestern Tiburon Peninsula. Almost 10,000 people are waiting for medical assistance, according to The Associated Press.

Arlington, a 25,000-ton amphibious warship, is set to leave later today from Naval Station Norfolk, Va., after taking on supplies for the relief operation. The ship pulled Monday afternoon, according to ship spotters.

Arlington had been underway as part of the Kearsarge Amphibious Ready Group which exercised as part of the recently concluded Large Scale Exercise 2021. USNI News first reported the Navy was set to send an amphibious warship to the region on Monday.

The amphib will deploy with two MH-60 Seahawk helicopters, a surgical team and landing crafts. In addition, the U.S. is sending the Spearhead-class expeditionary fast transport USNS Burlington (T-EPF-10) will also serve as a platform to launch UAVs for aerial surveillance as well as two P-8A Poseidon maritime aircraft that are operating out of El Salvador.

“We do expect that field hospitals, four field hospitals from U.S. Southern Command will be set up in southern Haiti by later this week,” Kirby said.

Relief efforts were paused on Monday as the remnants of Tropical Storm Grace passed over Haiti. On Tuesday, the U.S. Southern Command 14-person assessment team was in Haiti

The earthquake came as the island still is wrestling with the COVID-19 pandemic and the political unrest following the assassination of President Jovenel Moïse in July.

The scale of the devastation is not at the level of the 2010 earthquake that devastated the capital Port au Prince in 2010, officials said.

“We do not anticipate that the death toll related to this earthquake will be anywhere near the 2010 earthquake, where more than 200,000 people were killed,” USAID Bureau for Humanitarian Assistance assistant administrator Sarah Charles told reporters on Tuesday, reported the AP.
“That’s not what we’re seeing on the ground right now.”