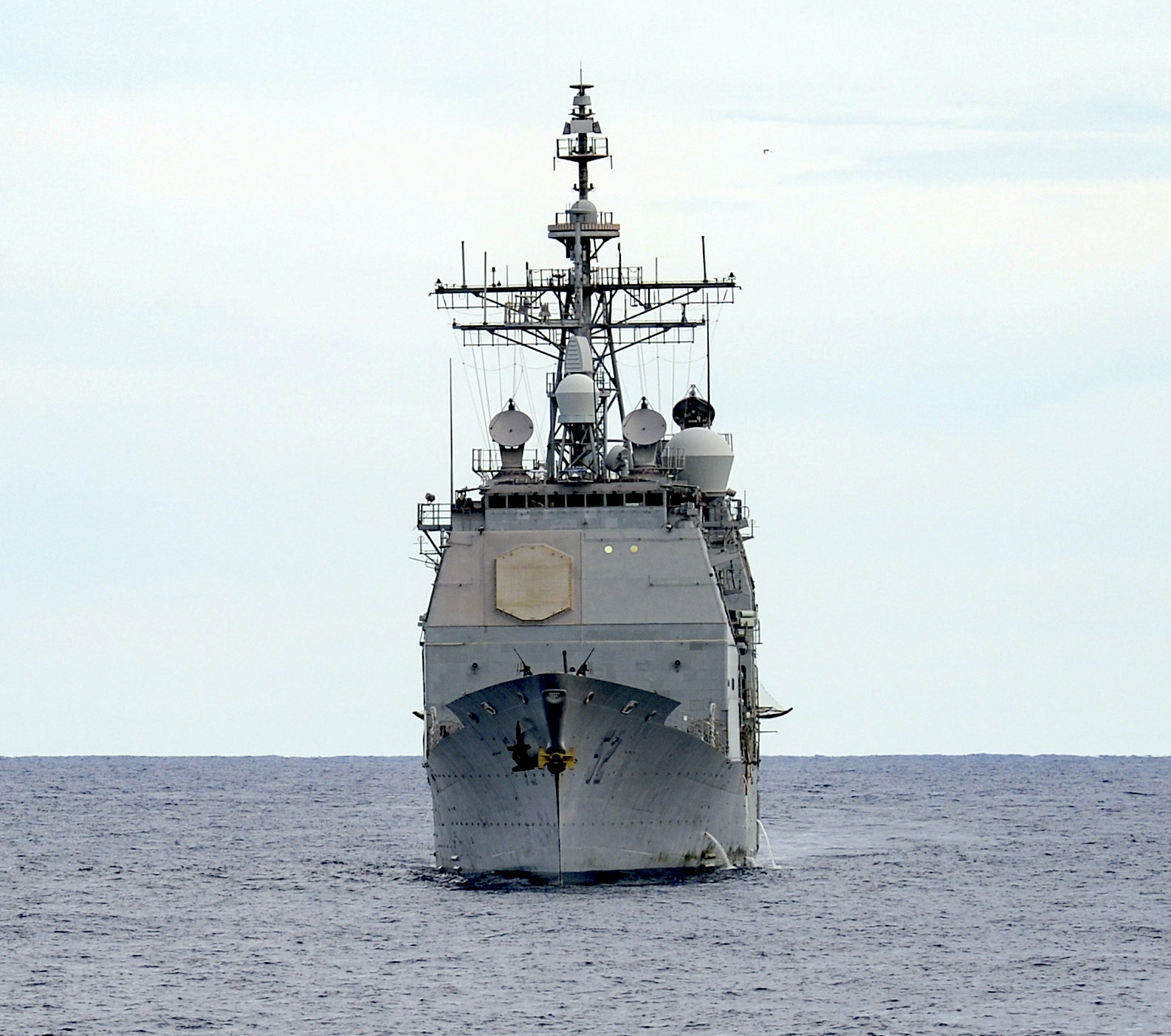 As Chief of Naval Operations Adm. Mike Gilday prepares for a battle with lawmakers over a divisive plan to strike more than a dozen vessels from the fleet, the service’s top officer said Tuesday that he’s using investments to prepare for the fleet emerging in 2025.

That’s when the Navy will be on the cusp of receiving several new additions to bolster the service, Gilday said during a “State of the Navy” question-and-answer session to kick off the Navy League’s Sea-Air-Space Prequel series. Those include new Virginia submarines, the service’s first Constellation-class frigate, the latest Arleigh Burke-class destroyer Flight III, among other weapons systems. By then, the Navy also expects that half of its air wings will contain a mix of fourth and fifth-generation strike fighters with the further introduction of F-35C Lighting II Joint Strike Fighters, Gilday said.

“What I tried to do is try to take a peek over the horizon, let’s say, at the 2025 timeframe, and describe, based on our investment strategy, the fleet that we’re trying to yield at that point and take to sea,” Gilday said in the pre-taped session, a virtual, two-day lead up to the Navy’s League’s 2021 maritime exposition planned for early August outside Washington. Last year’s in-person events were canceled because of the COVID-19 pandemic.

That investment strategy “gets us to a more capable, a more lethal fleet, but not necessarily a bigger fleet, unless we see a rise in the top line,” Gilday said, referring to an austere budget that he said keeps the Navy hovering at around 300 vessels, despite a mandate for it to build out to 355.

To circumvent budget challenges, Gilday has argued that putting several ships on the chopping block, a strategy known as divest-to-invest, will free up money for other, long-range investments that the Navy will need to remain competitive against growing challenges from China and Russia. That argument has been met with pushback from lawmakers, including Rep. Elaine Luria (D-Va.), a retired Navy commander, who has said the Navy’s plan fails to consider more near-term challenges.

Among the most controversial aspects in the divest-to-invest strategy is a plan to cut seven guided-missile cruisers. Gilday said they average about 32 years old and will cost $5 billion during the next five-year defense budget to own and operate. They’re being targeted because of radar systems that are reaching obsolescence and other reliability issues. Gilday pointed to the USS Vella Gulf (CG-72) as a recent example. The ship deployed from Naval Station Norfolk in February but was forced to return days later because of a cracked fuel tank. Additional problems later sidelined the cruiser after it tried to rejoin the Eisenhower Carrier Strike Group.

“From a realistic standpoint in terms of making the argument to divest of those cruisers, the cost alone, with respect to crucial monetization is running tens of millions of dollars above what we had originally estimated, largely due to the unknowns related that come into play with it, with hulls that are over three decades old,” Gilday said. 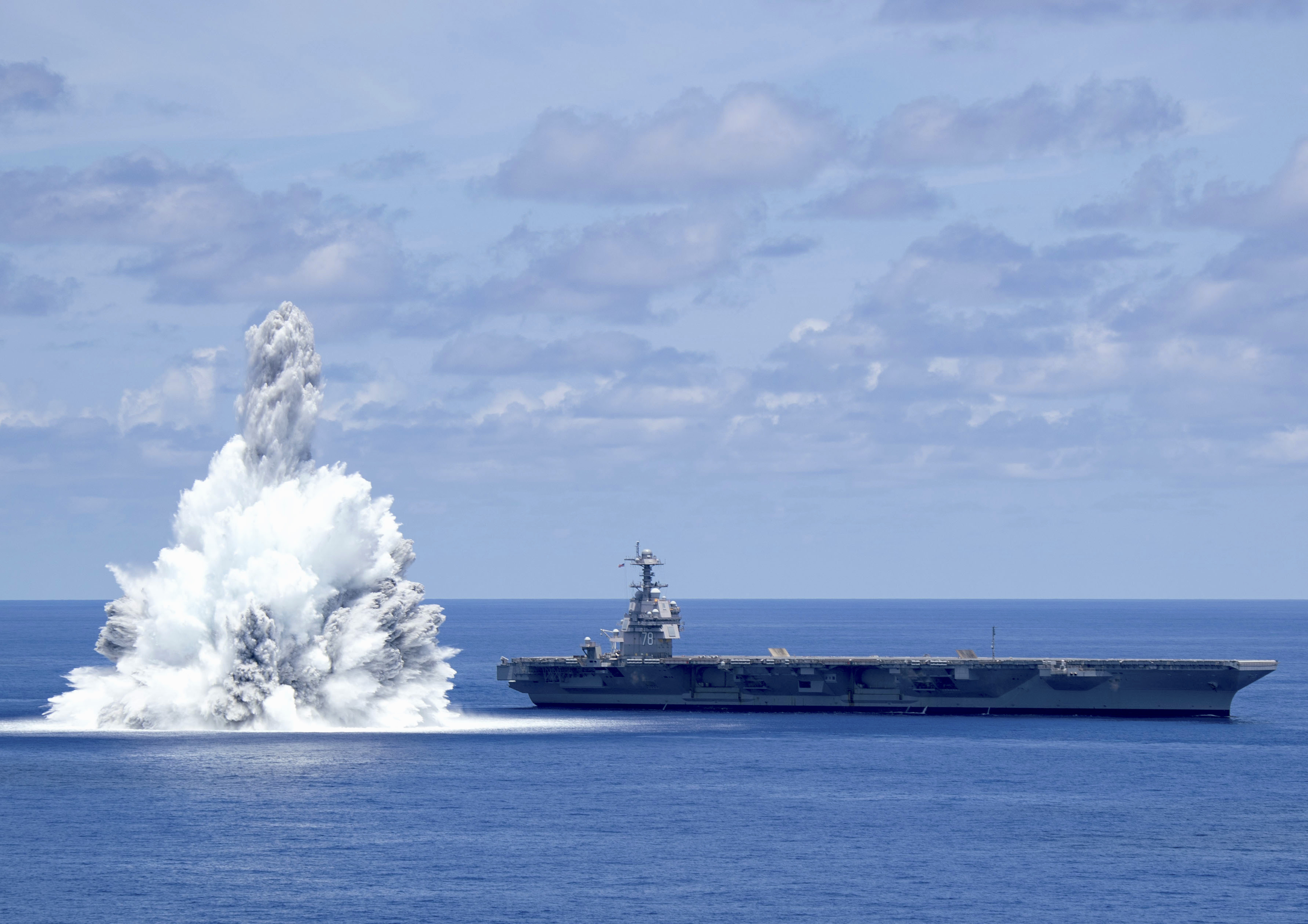 Gilday also said Tuesday that he expects the last of four weapons elevators on the aircraft carrier USS Gerald R. Ford (CVN-78) to be delivered to the Navy by year’s end, with plans for the crew to go on its maiden deployment in 2022. The carrier is currently completing shock trials before heading into a maintenance period.

The elevators have been an example of a “painful process over the last four or five years,” he said. With lessons learned from those elevators, the Navy has dedicated money in its Fiscal 2021 budget for increased land-based testing sites for its frigate program, “so that we can perfect that technology, before we before we deliver it to the ship,” Gilday said.

With nearly two dozen new, unproven technologies incorporated into Ford, which led to numerous shipbuilding delays, cost overruns and the consternation of lawmakers, the Navy is taking a “much more deliberate approach” in its plans to introduce new technology to its platforms, Gilday said.

“I think industry is in full agreement within this, we really shouldn’t introduce more than maybe one or two new technologies on any complex platform like that, in order to make sure that we keep risk at a manageable level,” Gilday said.