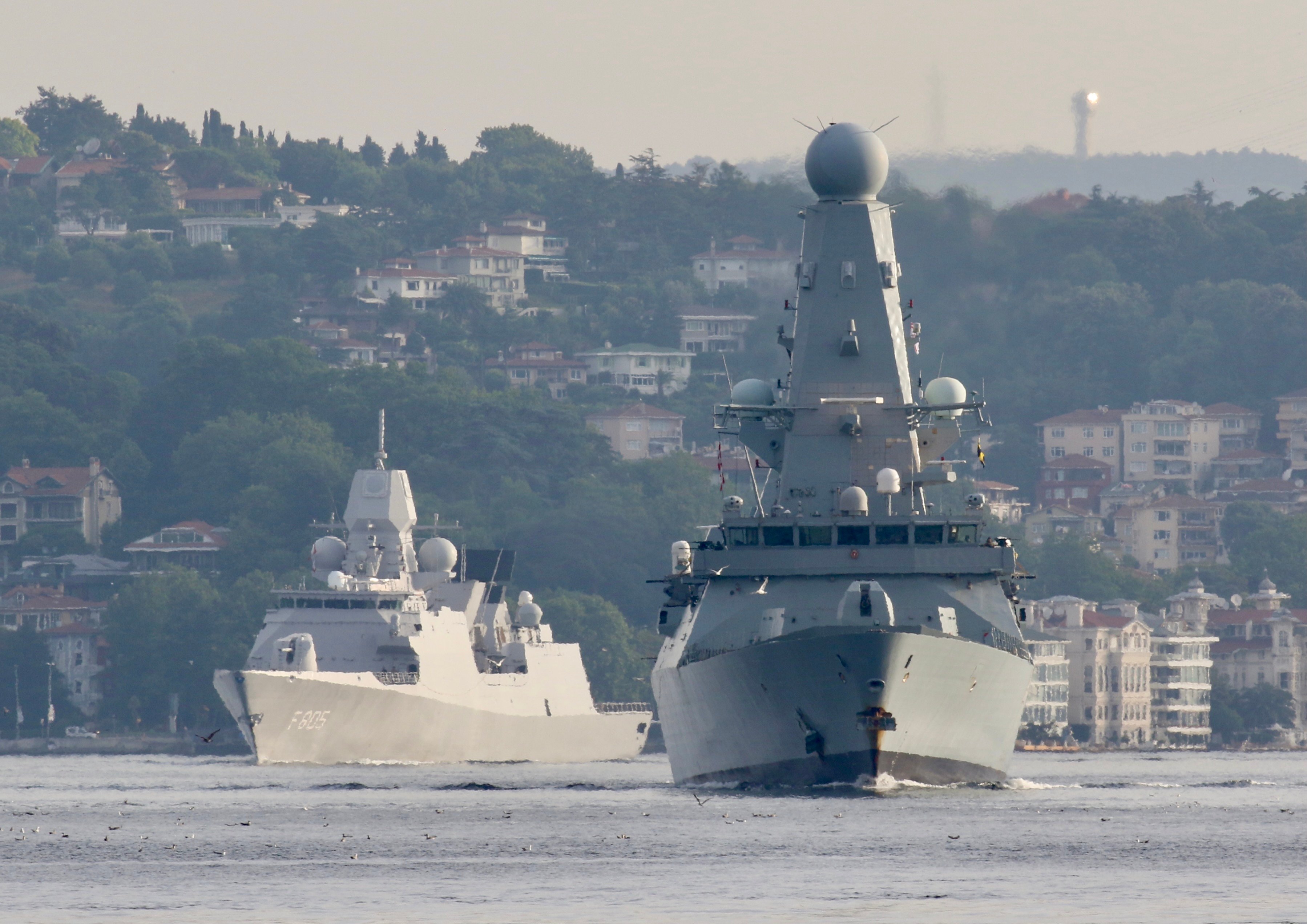 Two NATO warships have left the Black Sea after operating for 18 days of exercises in the region, according to ship spotters in Turkey.

British guided-missile destroyer HMS Defender (D63) and the Dutch frigate HNLMS Evertsen (F805) transited south through the Bosphorus toward the Mediterranean, according to photos shared with USNI News.

The two ships, assigned to the HMS Queen Elizabeth Carrier Strike Group, entered as a pair on June 14, 2021 for drills with Ukraine and other countries in the region.

The warships drew the attention of Russian forces in the Black Sea on two separate occasions.

On June 18, Defender transited inside the 12 nautical-mile limit of Crimea’s territorial sea while in route to Georgia. The U.K. made an innocent passage through a recognized maritime corridor about 5 miles off the coast and was trailed by Russian patrol boats and overflown by fighters.

On June 29, Dutch officials released images of Russian fighters loaded out with anti-ship missiles flying near the frigate, drawing protests from the Netherlands.

“Evertsen has every right to sail there,” Dutch Defense Minister Ank Bijleveld-Schouten said, according to SkyNews. “There is no justification whatsoever for this kind of aggressive act, which also unnecessarily increases the chance of accidents.”

During the ships’ time in the Black Sea, unknown actors falsified the location of both ships on June 18 by showing them operating close to the Russian naval base in Crimea, reported USNI News at the time. On June 29, the track of U.S. guided-missile destroyer USS Ross (DDG-71) was also falsified.

The departure of the ships comes a day after ships from Standing NATO Maritime Group 2 entered the Black Sea for the U.S.-Ukraine led Sea Breeze 2021 exercise. SNMG2 flagship Italian frigate ITS Virginio Fasan (F 591) moved into the region on Thursday.

“During [Fasan’s] deployment in the Black Sea, and after the joining of TCG Barbaros and ROS Regina Maria, SNMG2 will participate in bilateral U.S.-Ukraine exercise Sea Breeze,” reads a statement from NATO.