KUALA LUMPUR – Joint drills between allies in Japan between the U.S., Japanese, French and Australian navies helped the countries better understand how they can operate together in the Indo-Pacific, two U.S. officials leading the exercise.

Speaking at a media conference call on Monday, Capt. Brian Schrum, commanding officer of USS New Orleans (LPD-18), and Lt. Col. Jeremy Nelson, who commands the Marine force Jeanne D’Arc 21 contingent and the 3rd Landing Support Battalion, both said the joint exercise allowed the participating nations’ personnel to enhance their ability to work together in the Indo-Pacific.

“All the lessons and practices that we share with the Japanese, the Australian and the French allies during Arc 21 just make us more capable to responding to the current needs of the Indo-Pacific, whether it is responding to contingencies in the region or be called upon for humanitarian assistance and disaster relief operations,” Schrum said.

Understanding partner nations’ capabilities and limitations and communicating well with each other throughout any execution is crucial for interoperability, both officers told reporters. Nelson said understanding each other’s staff planning processes and the personnel countries bring to planning sessions is just as important. He also said that individuals with similar capabilities from different partner nations should work together to form a common understanding when planning an exercise.

“Understanding what everyone brings to the fight and being able to communicate and understand one another is most important,” Nelson said. 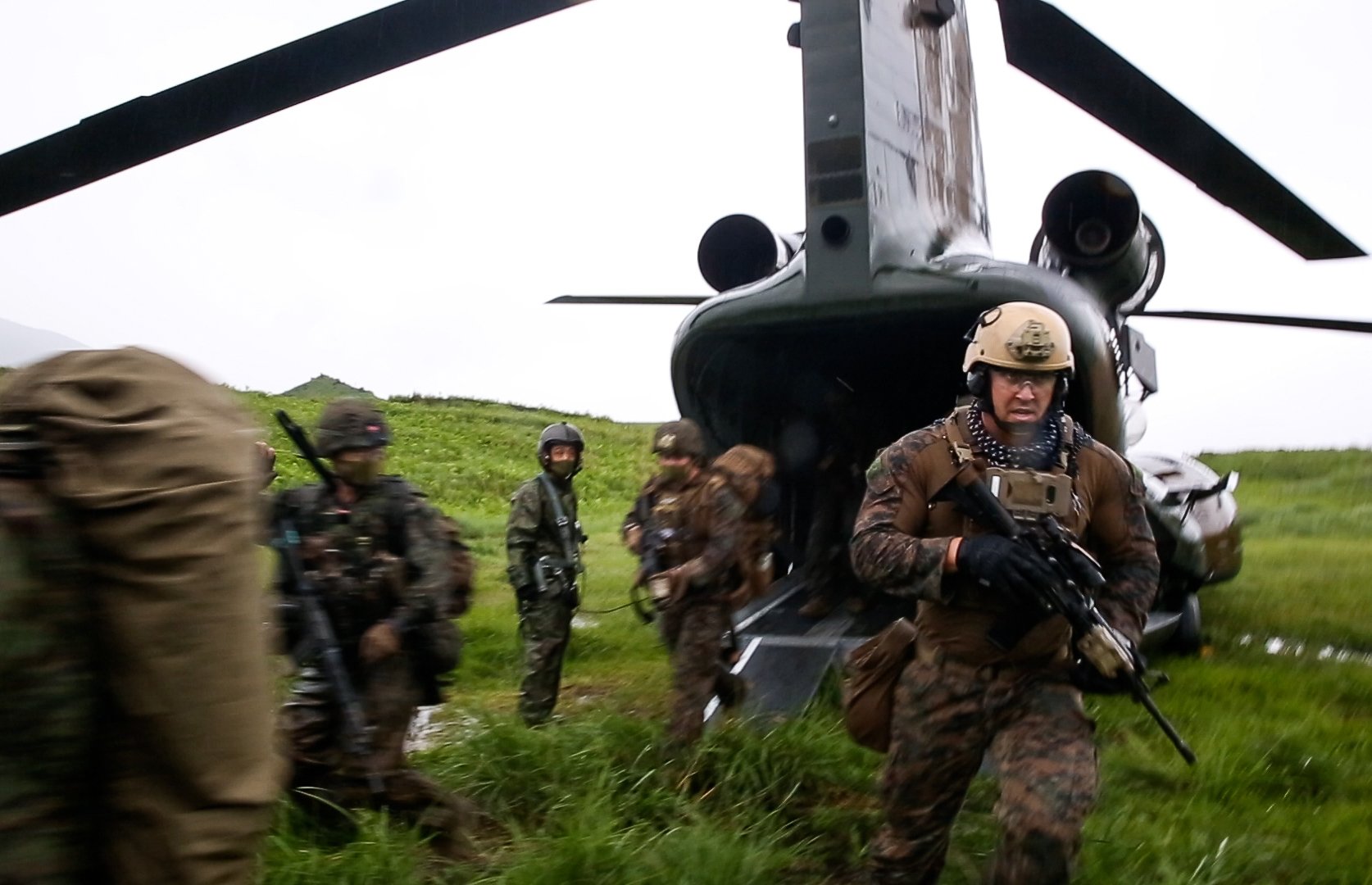 While the ARC 21 exercise coincided during bad weather, the majority of the events proceeded as scheduled with some exceptions. Nelson said the exercise planned to rehearse receiving fuel from a helicopter for a ground refueling system for storage and then rapidly move that fuel to alternate aircraft when needed. Due to the weather conditions and safety issues, U.S. and Japanese forces did not conduct the refueling, but ground personnel mutually trained on the equipment and walked through the process of doing so in a day and night scenario.

The officials also said the ARC exercise, which began last week and wrapped up on Sunday, provided strong engagement and interoperability experience for the enlisted and junior officer personnel participating. Schrum said a number of at-sea activities, including domain awareness and advanced maneuvering training, were carried out despite the weather. He described having a JMSDF LCAC enter and depart the well deck of New Orleans several times as one of the more interesting activities, adding that the experience was good for the well deck crew and other ship personnel involved in the activity.

“It’s also important for our young junior officers and watchstanders on the ship, as they get the most out of understanding what it’s like to work with partners and allies in the region”, Schrum said.

Nelson said the same was true for the U.S. Marines involved in the exercise, as they established standard operating procedures for tactics in patrolling and urban combat and familiarized themselves with the equipment and weapon systems used by their partners.