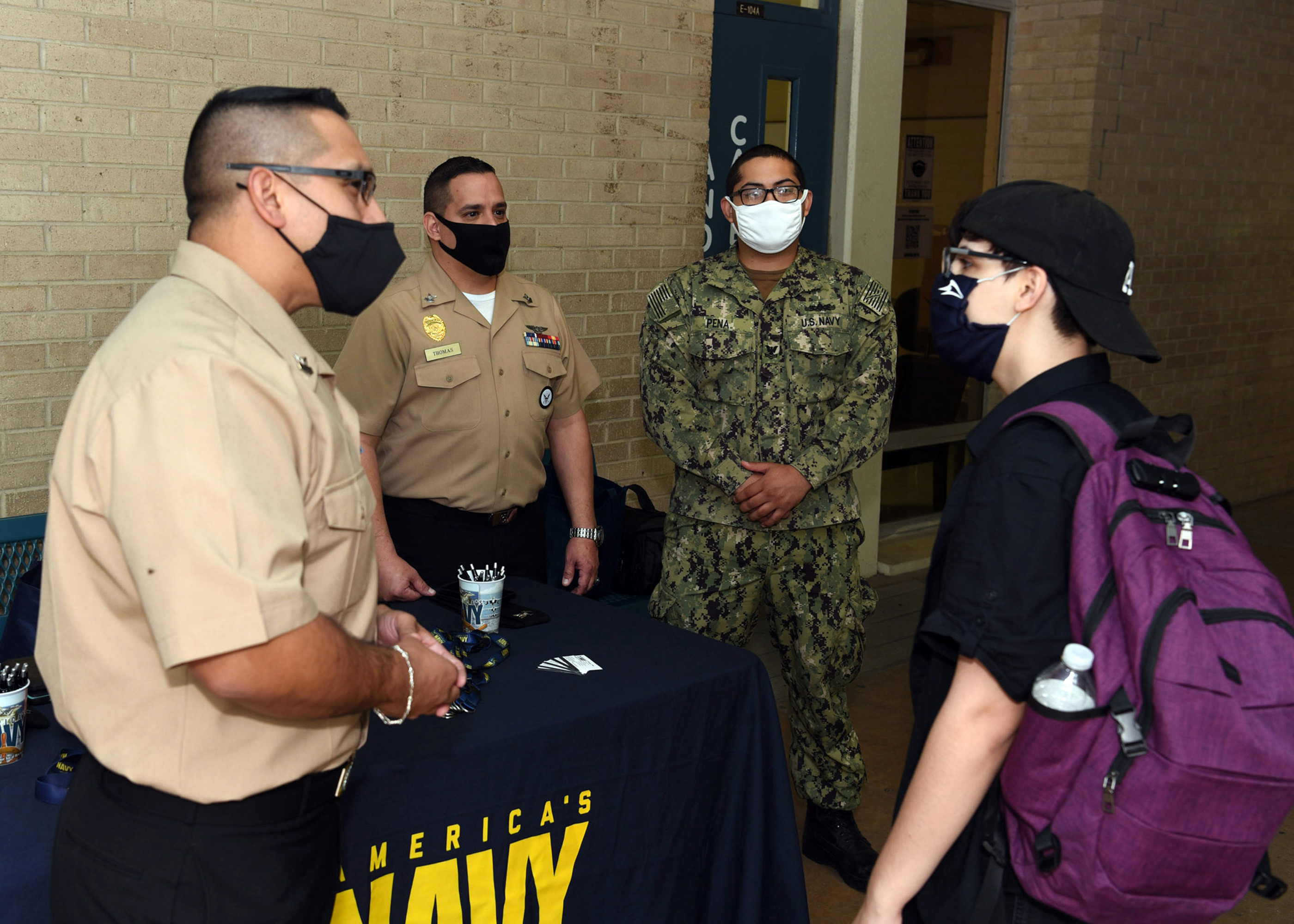 Due to an error on the Senate website, a prior version of this story included information from Vice Adm. John Nowell’s 2020 testimony. The story has been updated to reflect his testimony for 2021.

The Navy’s commitment to nearly fully digital recruiting outreach paid off in meeting its 37,000-accession mission for active-duty sailors and officers despite the impact of COVID-19, the service’s personnel chief testified to Congress Wednesday.

Vice Adm. John Nowell said the tactic of being “in the media where they are” not only captures attention, but is leading to increased follow-up contacts with recruiters.

He told the Senate Armed Services personnel subcommittee in his written testimony that “the youngest military-eligible generation, Centennials, comprises the bulk of new accessions. Apart from being the most diverse generation to enter naval service, Centennials also receive information and address issues differently from Millennials, members of Generation X, and Baby Boomers. They are far more comfortable building and maintaining relationships in the digital space, have greater trust in internet sources, and easily learn from online content as was demonstrated by the COVID-19 pandemic.”

In his prepared statement, he added that the Navy was using platforms like LinkedIn and Handshake in officer recruiting.

In late 2019, the Navy stopped advertising on television and focused on reaching recruits via digital channels, reported USNI News.

“We know we have to manage talent differently” in attracting and retaining quality sailors and officers, he said, Nowell told lawmakers.

His Marine counterpart, Lt. Gen. David Ottignon, told lawmakers the limits the pandemic put on personal contact had an impact on his service’s recruiting. But, in his prepared testimony, he added that the Marine Corps is also looking at digital media to reach prospective recruits.

Ottignon, the deputy commandant for manpower and reserve affairs, told the panel that the Marine Corps had 50 percent of next year’s accession mission in its recruiting pool and quality remains high. “We’re well above the DoD standard for mental aptitude,” he said. His written testimony said 90 percent of Marine recruits had high school diplomas.

“COVID-19’s long-term impacts on recruiting remain unknown, but we are adapting and learning from the challenge,” Ottignon said in prepared remarks. He added that 43 percent of Marine recruits came from diverse backgrounds. “Our recruiting efforts connect Marines with the communities they represent.”

On promotion opportunities for senior officers, he said in prepared testimony that “leadership must exemplify our core tenets and it is important to continue to improve diversity at our highest levels. To date, 21% of Brigadier Generals and Brigadier General-selects are diverse, the highest level of diverse representation at that rank in Marine Corps history.”

The Marine Corps has lagged behind the other services in promoting minority officers to senior ranks.

Ottignon said in the prepared remarks that the service was meeting its recruiting and retention missions in the reserve component. The Navy, on the other hand, fell short of mission in its reserve component recruiting, but strong retention kept it at assigned end-strength.

When asked about attracting potential recruits to specialized career fields like cyber, Ottignon said, “it is an absolute challenge.” Nowell said the Navy’s program of promoting E-5s with cyber skills to Warrant Officer 1 is showing promise as a way of retaining that skill in the service. “We’re leaning into this,” Nowell said.

Nowell added in written testimony that “While digital development and modernization enabled MyNavy HR to meet enlisted recruiting goals, accessing Sailors in specific high-demand fields continues to be a challenge. Expanding our inventory in areas such as the Nuclear Field, Cyber Warfare, Special Warfare/ Operations, Submarine, and certain aviation specialties is vital to maintaining Fleet readiness at sea.”

On the officer side, Nowell’s testimony noted the continuing challenges in attracting medical officers and judge advocate generals, career fields that are highly competitive.

He also mentioned monetary and non-monetary steps the Navy is taking to improve officer retention rates in Naval Special Warfare and among department heads in submarine and surface warfare.

On the stand downs to discuss extremism in the ranks, Nowell said “our sailors appreciate” the listening sessions, which he said would continue. He said the Navy’s sessions showed the need for “deckplate leadership” and a renewed commitment to “shipmates taking care of shipmates.”

“We do think those numbers [of extremists] are small, but they are there,” Nowell told lawmakers.

As the hearing neared its conclusion, Sen. Thom Tillis (R-N.C.), the subcommittee’s ranking member, said “I share the frustration” of the panel’s chairwoman, Sen. Kirsten Gillibrand (D-N.Y.), that there was little progress in addressing sexual harassment and assault.