The following is the April 22, 2021 Congressional Budget Service report, An Analysis of the Navy’s December 2020 Shipbuilding Plan.

Each year, as directed by the Congress, the Navy submits a report with the President’s budget describing the planned inventory, purchases, deliveries, and retirements of the ships in its fleet for the next 30 years. The Navy did not submit its 30-year shipbuilding plan with the fiscal year 2021 budget, but the Department of Defense submitted a plan to the Congress on December 9, 2020, that covers the period 2022 to 2051. In this report, the Congressional Budget Office analyzes that shipbuilding plan and estimates the costs of implementing it. 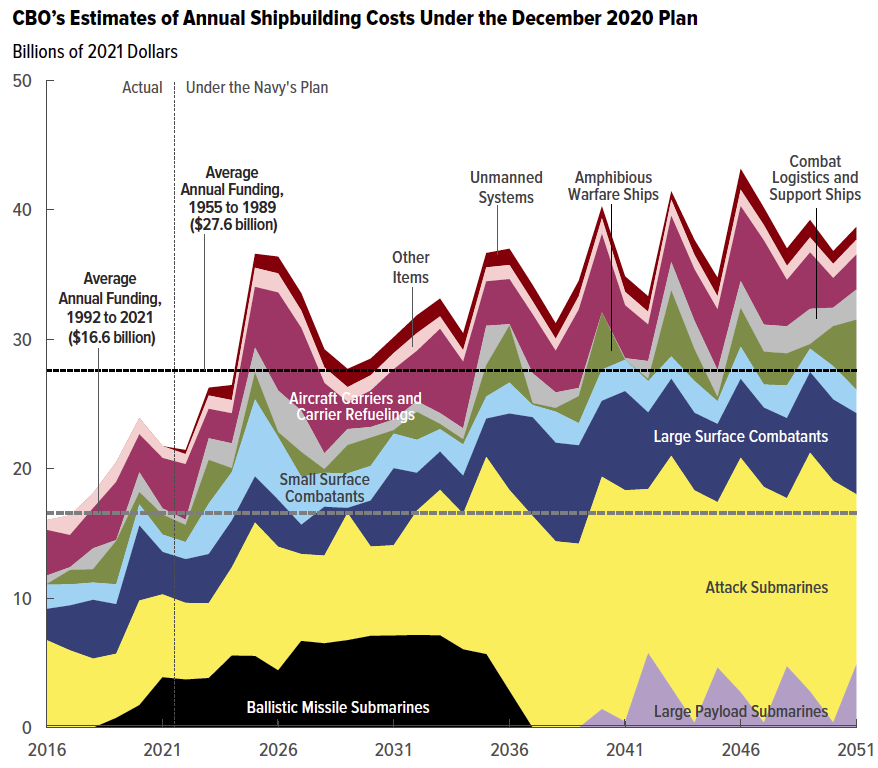 The Navy’s annual shipbuilding plan would cost more than double what has been appropriated over the past 30 years and 24 percent more than annual appropriations during the Cold War. In the 2040s, funding for submarines alone would exceed average overall funding from 1992 to 2021. CBO Graphic