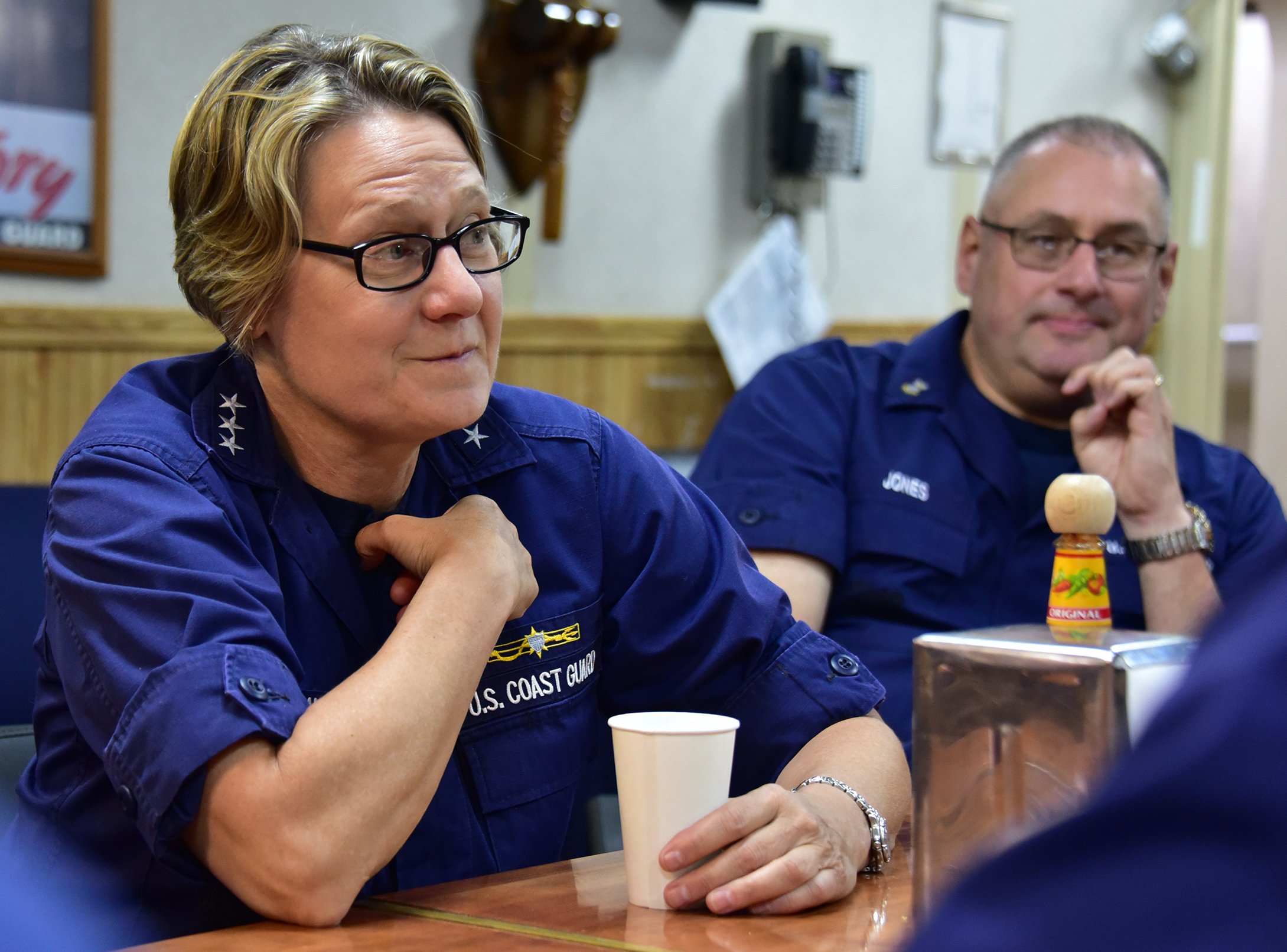 The Biden administration has tapped Vice Adm. Linda Fagan to serve as the Coast Guard’s new vice commandant, a promotion that would make her the service’s first woman to receive four stars, the Coast Guard announced today.

In a release, the service said that Fagan, who leads Coast Guard Pacific Area, is up for a promotion to receive four stars and become the new vice commandant.

“Throughout her distinguished career, she has been a top performer and a trailblazer,” he continued. “As the Coast Guard’s first female four-star admiral, and President Biden’s nominee to serve as the Coast Guard’s 32nd Vice Commandant, Adm. Fagan will be instrumental in moving the Service forward at a critical juncture in our history.”

Should the Senate confirm her nomination, Fagan would begin her tenure as vice commandant on June 18, replacing Coast Guard Vice Commandant Adm. Charles Ray, according to the service.

She graduated from the U.S. Coast Guard Academy in 1985, the service said.

In 2017, the Coast Guard issued Fagan the Gold Ancient Trident for marine safety, making her the first person to be presented with the acknowledgement, the service said in a news release at the time.

“Vice Admiral Fagan is the Coast Guard’s first-ever Gold Ancient Trident, as the officer with the longest service record in the Marine Safety Field,” her service bio reads. “As such, she advocates for and advises the Prevention workforce.”