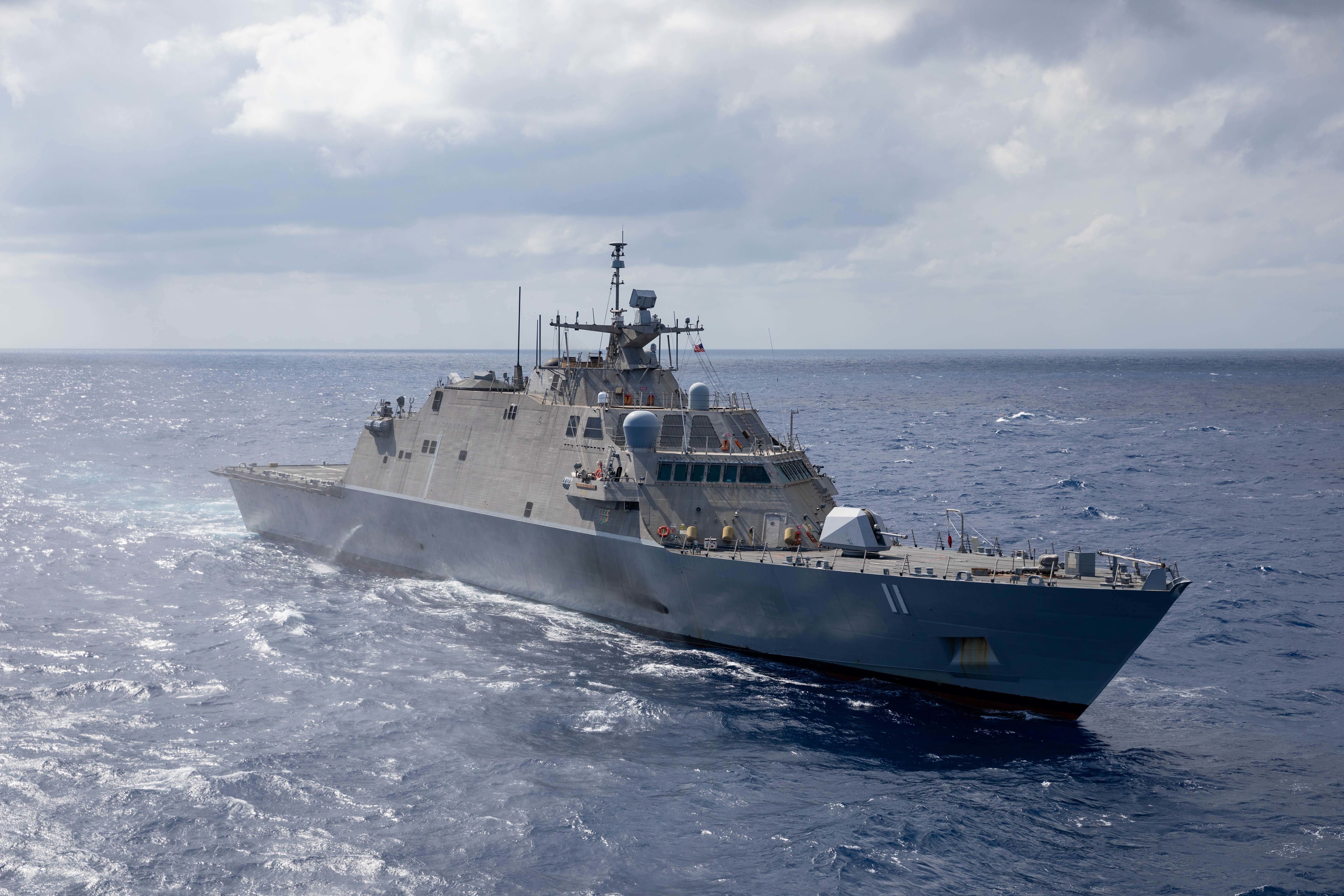 Two lawmakers raised questions on the future of the Navy’s Littoral Combat Ship during a Wednesday hearing, as the service continues to wrestle with a crucial design flaw, how it will use the ships operationally and retirements of early hulls in the class.

“There’ve been some real bright spots with Littoral Combat Ship deployments. You cite Freedom – it was a very successful deployment. They had a high operational availability,” U.S. Southern Command chief Adm. Craig Faller told Luria when asked if the recent deployment was a success.

“I would also cite the USS Gabby Giffords’ recent deployment, where the [commanding officer] on his own initiative, made a video for his crew and for his families that went public about their high operational success,” he added. “So that capability has proven and the CNO – Admiral Gilday’s commitment to getting the maintenance right is making a difference.”

When asked about the Navy’s proposal last year to decommission Freedom, Faller said it doesn’t matter what type of ship his combatant command receives to perform its missions.

“The Navy shipbuilding plan has stated a capability and a size that the Navy needs and I think it’s recognized we need a larger fleet,” he said. “How the Navy sources that capability through the joint process to me is – I’m indifferent of what type of ship, but we need a ship. A zero is equal to zero or unsolvable in any equation.”

Luria has repeatedly criticized the Navy’s plans to decommission the first four LCSs early since the service first unveiled the proposal in its Fiscal Year 2021 budget request.

But another Democratic lawmaker on the committee suggested the Navy should learn when to abandon a problematic shipbuilding program. Rep. Jackie Speier (D-Calif.), a longtime critic of the LCS program, criticized the Freedom variant as “terribly unreliable” and pointed to propulsion issues that have plagued the Freedom-class ships.

“I have a very different view of the Littoral Combat Ship than my colleague and I’d like to drill down on this a little bit. The Freedom-class is in my view – and in the view of many – terribly unreliable, with the Little Rock, Detroit and Sioux City all recently experiencing major propulsion failures,” Speier said during the hearing.

“The Freedom-class LCS may also have a class-wide defect, a flawed combining gear that breaks early in life of the ship,” she added. “That will require massive and expensive taxpayer-funded reconstruction. In the meantime, the last administration increased the [operational tempo] to new highs.”

Lockheed Martin, which builds the Freedom-class LCSs, must fix the problem with the combining gear.

When asked how issues with LCS maintenance have affected his combatant command’s ability to perform anti-drug missions, Faller pointed to the drug interdictions the ships have helped conduct in U.S. Southern Command.

“Congresswoman, it’s an important question and the Navy’s committed. I look at it this way – those ships that came into the fight have saved lives across the United States, so whatever the steaming hour costs, we have saved hundreds of lives,” Faller said. “Without those Navy ships, about 40 percent more drugs would have made it into the United States.”

But Speier said she wanted to focus on the cost of the LCS program and referenced a recent report in Defense News that contrasted LCS operational costs to that of an Arleigh Burke-class destroyer.

“I understand that, but let’s talk separately from saving a hundred lives in terms of drugs to the actual functionality of the ships that cost over $500 million apiece and then $70 million a year to operate and maintain,” Speier said.

USNI News was not able to independently verify the numbers in the Defense News story, which reported that operating one LCS runs the Navy approximately $70 million each year. Sources familiar with LCS program costs were unable to ascertain the origin of the number.

Speier suggested that money could go toward other efforts in SOUTHCOM that Faller previously mentioned, like trips to partner nations in the region.

“And when you said a little money goes a long way in SOUTHCOM, you know, I’d much rather see us spending some of that money there than on ships that don’t float,” Speier said. “And I would also say the Belt and Road initiative, as you pointed out, is an example of how China has used fifty to a hundred billion dollars a year across the world in a way to benefit themselves exclusively, frankly.”

“We tend to give money out in ways that are soft money that help the country. So maybe what we need to do is be a little smarter about how we invest in some of these countries. But I think that somehow relying on the fact that you’re interdicting some drugs to keep these ships operating makes no sense,” she continued. “And at some point, we’ve got to recognize – and the department is very reluctant to say, ‘you know, we made a mistake’ and cut our losses. And I guess I’m asking you to think about that and do that.”