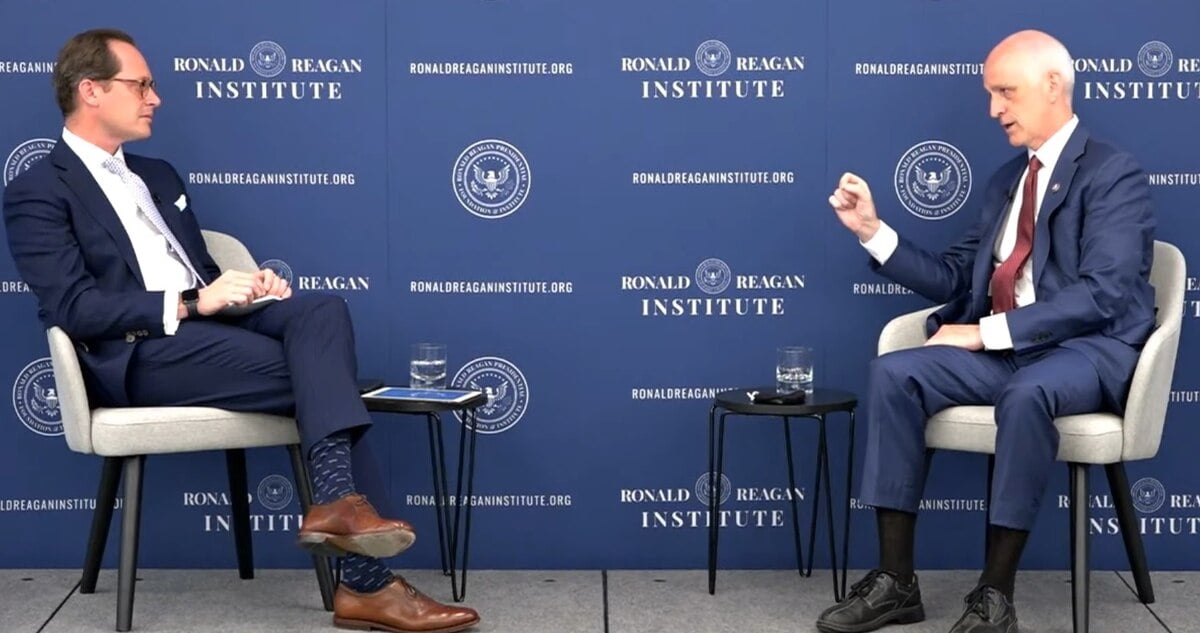 The central question facing Pentagon acquisition isn’t the size of the budget top line or the number of ships in the Navy, but how to get the maximum capability for the defense dollar, the chairman of the House Armed Services Committee said Tuesday.

“How do we start spending the money better,” Rep. Adam Smith (D-Wash.) asked at a Tuesday Center for Strategic and Budgetary Assessment and Ronald Reagan Institute event. Discussions of a “355-ship Navy, 500-ship Navy [and larger Air Force] drives me insane. Talk about capability.”

Smith put the expected Biden budget request for national security, which will be sent to Congress later this spring, at above $750 billion. He included the Department of Energy’s spending on nuclear weapons systems and infrastructure in that figure.

Smith said the U.S. can’t afford to spend its way into military dominance. “It really comes down to managing risk” and “you can’t wish the problem away” nor can you hold to the belief that “risk in unacceptable,” so buy more.

The major goal for the Pentagon moving forward is “realizing the limit of American military might.” He cited the U.S. experience in Afghanistan as an example showing the need for that kind of thinking.

He also said it was time to revise the underlying assumption behind the National Defense Strategy that were “unrealistic” concerning China. Rather than military domination, Smith said the U.S. should focus on roles like deterring Beijing from taking over Taiwan and building regional alliances.

In re-looking the National Defense Strategy, Smith said the United States should not pull back as a global power that values its alliances and partnership. It is also a nation that needs to modernize its nuclear strategic forces. “You can’t put that genie back in the bottle.”

Smith highlighted emerging technologies that U.S. needed to focus on to be competitive.

“Technology is very important. …The Pentagon has to be better at how it buys technology, [particularly] the software part,” Smith said, adding that a key investment would be artificial intelligence, which he termed a “borderline Manhattan project. We have to get to AI first.”

“5G, that is command and control. We’re not where we need to be.” Smith called that technology “crucial defense infrastructure.” Accelerating American development of 5G is in the Biden administration’s outline for spending on infrastructure.

Smith asked rhetorically, “what are the capabilities you need for the future” that lay within the private sector. He mentioned the rise of China as a global technological power. The National Commission on Artificial Intelligence recently reported that the United States holds a “slim lead” over China in that field.

Looking at ways to spend more wisely, Smith said, “competition works,” as in the contracts for maintenance of large systems like the F-35 Lightning II Joint Strike Fighter. He said the congressional goal for the aircraft was an hourly flight cost of $25,000, but it currently costs $38,000 per hour to fly.

“The F-35 is working out very well for a lot of people [because] it’s generating a lot of cash” in maintenance. Again, citing the F-35, he said savings could have been made if two manufacturers produced the engines for the aircraft.

Later in a panel discussion, when asked about divesting legacy systems, he said “it’s not an easy question to answer” in part because of a don’t-hurt-my-district approach among congressional appropriators and internal Pentagon resistance to scrapping programs of record.

Mackenzie Eaglen, a senior fellow at the American Enterprise Institute, said, “legacy doesn’t necessarily equal age” of the platform. Using hypersonic weapons and directed energy lasers as examples, they “require more energy” to power than may be available even in relatively new systems.

But these new weapons are important to meet future security challenges, especially from China and Russia.

Retired Air Force Gen. Herbert Carlisle, chief executive officer of the National Defense Industries Association, said, “I have the battle scars” to show from his experience in trying to retire the Air Force’s A-10 close air support fighter-bomber. He added the B-52 with stand-off capability could provide that support as effectively for a longer time than the A-10. He lost that battle; the Warthog remains in the Air Force inventory.