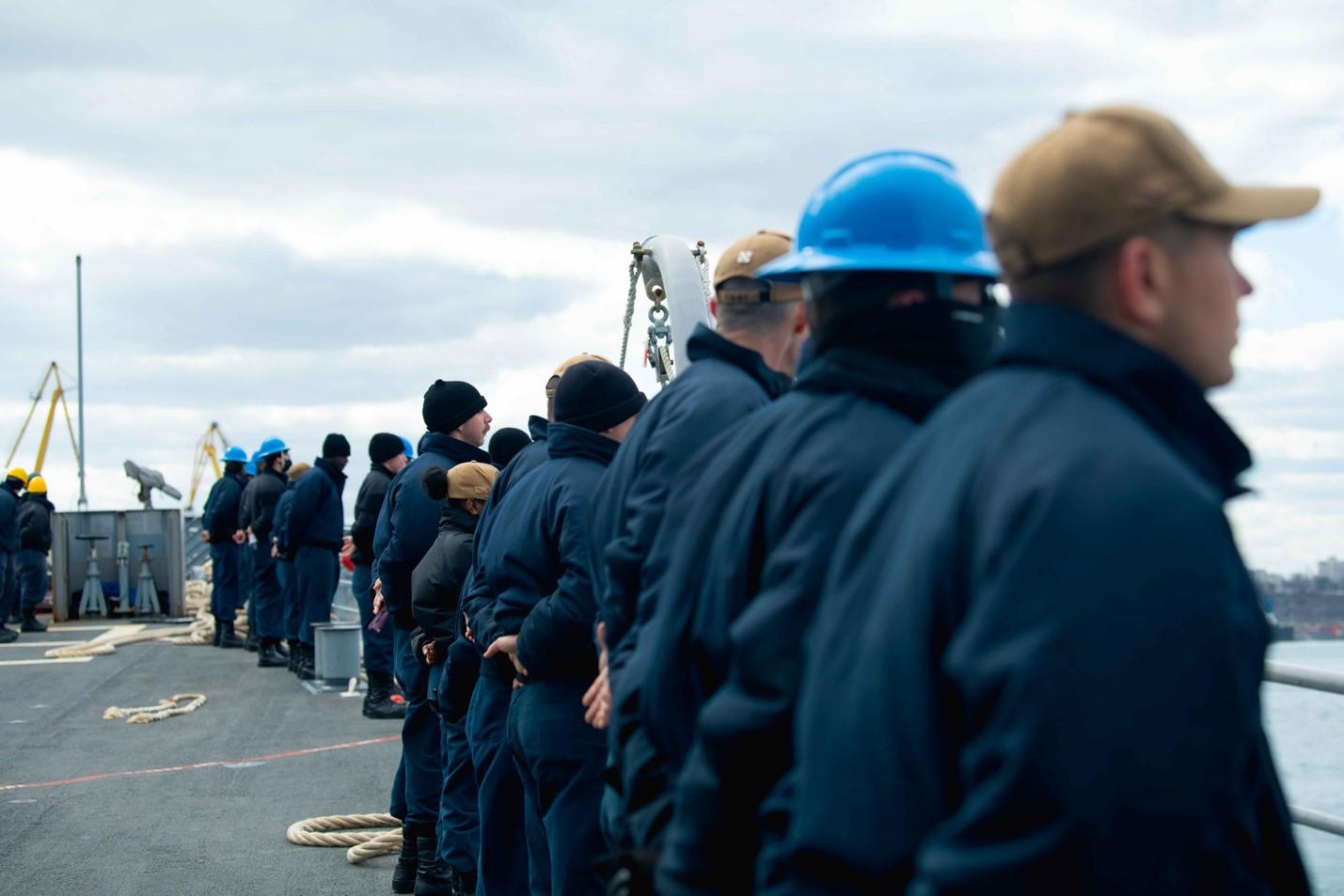 Monterey left the Black Sea and sailed through the Bosphorus into the Mediterranean Sea today, and Thomas Hudner made the transit on Tuesday.

“Our operations in the Black Sea demonstrate our commitment to NATO partners and supported the provision of stability in the maritime environment through reassuring presence of an active naval force to deter destabilizing activity,” Capt. Joseph Baggett, Monterey’s commanding officer, said in the news release. “Our operations in this strategic waterway were professional, timely and critical to enabling global operations that serve to counter malign influence.”

“Our trip to the Black Sea was very productive,” Cmdr. Bo Mancuso, Thomas Hudner‘s commanding officer, said in a separate news release. “We are excited to have been part of a continual integration of air and maritime units operating across the U.S. European Command area of responsibility for establishing air and maritime superiority and to continue enabling freedom of navigation in all international waters and airspace.”

Before leaving the Black Sea, Monterey pulled into port in Constanta, Romania, earlier this week to refuel, according to 6th Fleet. 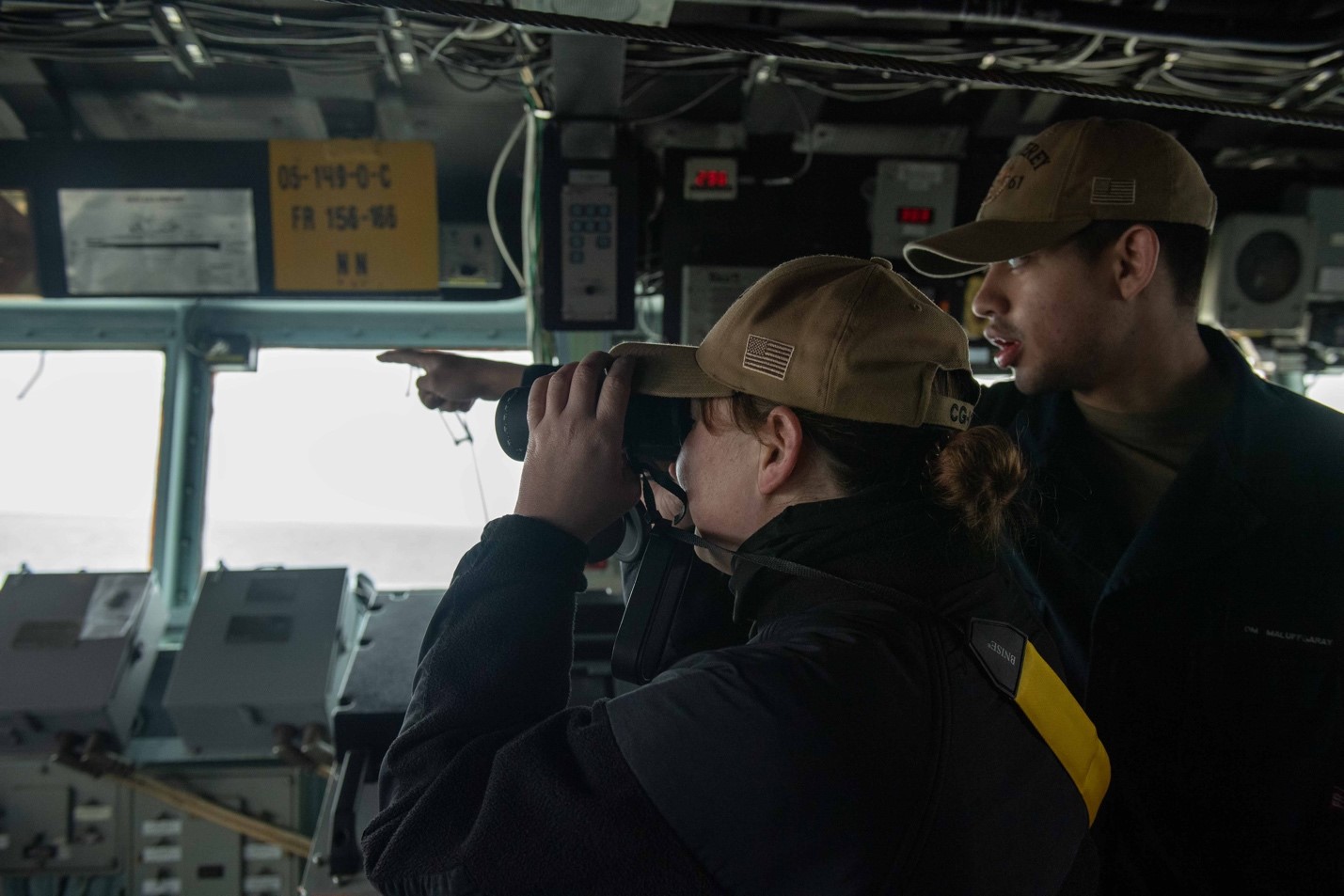 Chief Quartermaster Amy Birkholz, from Kalamazoo, Minnesota, left, looks through binoculars at a bearing indicated by Quartermaster Seaman Aaron Maluffgaray, from Asuncion, Paraguay, aboard the Ticonderoga-class guided-missile cruiser USS Monterey (CG 61) while operating in the Black Sea on March 21, 2021. Monterey is operating with the IKE Carrier Strike Group on a routine deployment in the U.S. Sixth Fleet area of operations. US Navy photo.

In January, two U.S. destroyers and a fleet oiler operated in the Black Sea. The destroyers – USS Donald Cook (DDG-75) and USS Porter (DDG-78) – and USNS Laramie (T-AO-203) were drilling with NATO, USNI News reported at the time.

The Montreux Convention limits the presence of non-Black Sea countries’ navies in the sea, but U.S. Navy leaders have said they prioritize the Black Sea region and aim to be present there for about a third of the year. Other NATO forces also aim to be present in the Black Sea for another third of the year, collectively with the U.S. promoting security in the region and pushing back against any aggression from Russian military forces.