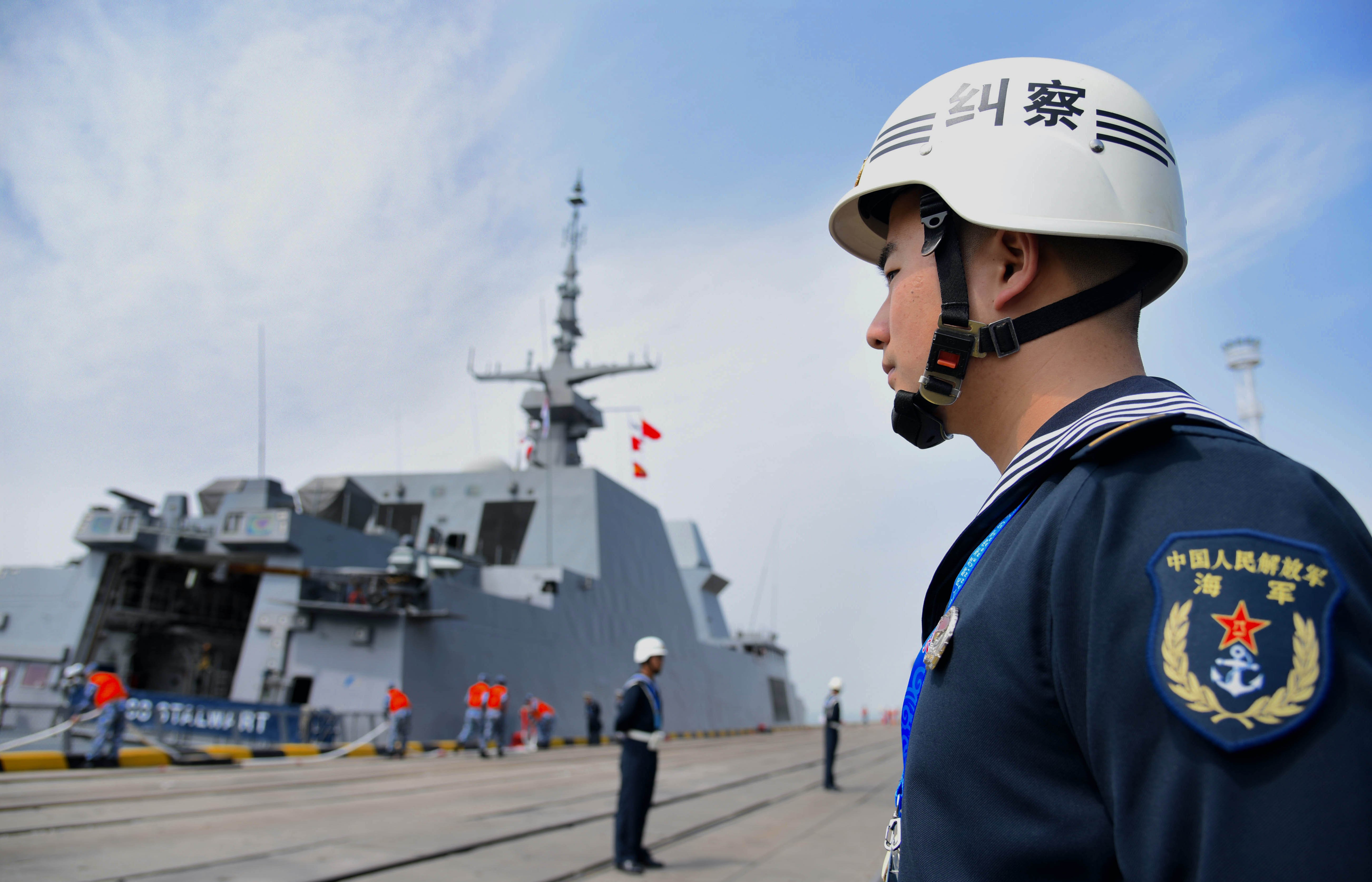 The United States is “in catch-up mode” to restore its deterrent and fighting capability that increases the size of the Navy’s fleet to compete with China in the Indo-Pacific, a former White House national security adviser told the Senate Armed Services Committee Tuesday.

Retired Army Lt. Gen. H.R. McMaster, national security adviser in the Trump administration when the strategy was written, said “all the services are facing a bow-wave” of spending to meet requirements. For the Navy specifically, he supported the goal of more than 400 manned warships advanced in a Pentagon plan in December. He also wanted that fleet to include a new mix of smaller warships and unmanned vessels. Further, he wanted the fleet to be distributed to counter the technological advances that China and Russia have made in precision strike, GPS and data analytics that improve targeting of advanced weapons.

For decades, “the smaller and smaller U.S. joint forces have had bigger and bigger impacts over wider areas based on our technological advantages,” McMaster said. He told the committee “all of that now was challenged, because Russia, China and others, they studied us, especially after the Gulf War, and they developed capabilities to take apart those differential advantages.”

McMaster also backed moves to increase “forward presence forces” in the Indo-Pacific and Europe so the U.S. can send clear signals to Beijing and Moscow that it will not tolerate “annexing a non-ally” like Ukraine’s Crimea and “seizing rocks” in the South China Sea.

“Scale matters. We need systems that degrade slowly [such as unmanned vessels and submarines]” in a newly contested combat environment, he said.

As to fleet size and mix, the Biden administration is re-looking at the earlier assumptions in the shipbuilding plan before submitting a budget request for Fiscal Year 2022.

Regarding an expansionist China, of immediate concern to McMaster and Thomas Wright, a senior fellow at the Brookings Institution, is Taiwan next year following the Olympics and the conclusion of the Chinese Communist Party Congress.

“Strategic ambiguity is adequate” in warning China not to invade Taiwan. McMaster said U.S. commitments to sell arms to harden Taipei’s defenses “to make it indigestible” and the Trump administration’s commitments to come to Taipei’s defense if it is attacked are strong enough warnings to deter a cross-straits invasion.

If Beijing did attempt an invasion, “the cost on China would be tremendous,” as well as on Taiwan and the United States.

“The message to China ought to be, ‘hey, you can assume that the United States won’t respond – but that was the assumption made in June of 1950, as well when North Korea invaded South Korea,’” McMaster said.

China considers Taiwan a breakaway province that can be compelled to return to Beijing’s control by force, if necessary.

In an answer to another question, McMaster added that hardening Taiwan’s defenses would also assist Japan in its encounters with China in contested waters and reassure other nations in Southeast Asia that the United States is committed to the region.

USNI News is reporting Indo-Pacific Command will be seeking $4.68 billion for the Pacific Deterrence Initiative in FY 2022. The United States established a special initiative for Europe following Moscow’s seizure of Crimea and backing of separatists threatening to split Ukraine.

On a spring withdrawal from Afghanistan, McMaster said the Afghans are “bearing the brunt of the fighting” and a quick pullout from the U.S. and NATO would open the door for a Taliban takeover of the country. He said the Trump administration was deluding itself believing that “the Taliban really wanted peace rather than an Islamic emirate.” He added a Taliban-ruled Afghanistan would again be a haven for terrorists as it was with Al Qaeda when it executed the Sept. 11, 2001 attack on the United States.

“Afghanistan is not going to be Denmark,” McMaster said.

Looking at Europe and burden-sharing in light of the pandemic’s impact, Wright said the goal of allocating two percent of a country’s gross domestic product toward defense spending is “an artificial metric.” While agreeing the Europeans needed to spend more on their own defense, he said, “what we really care about is high technology.”

This is an area where the European Union can play a major role to avoid China’s and Russia’s “weaponizing of interdependence” of everything from energy to medical supplies to 5G in the global supply chain, he said.

“Economic security is national security” for the United States, the EU and nations in the Indo-Pacific in dealing with China, McMaster added. China operates “under a philosophy of kill one to teach hundreds.”