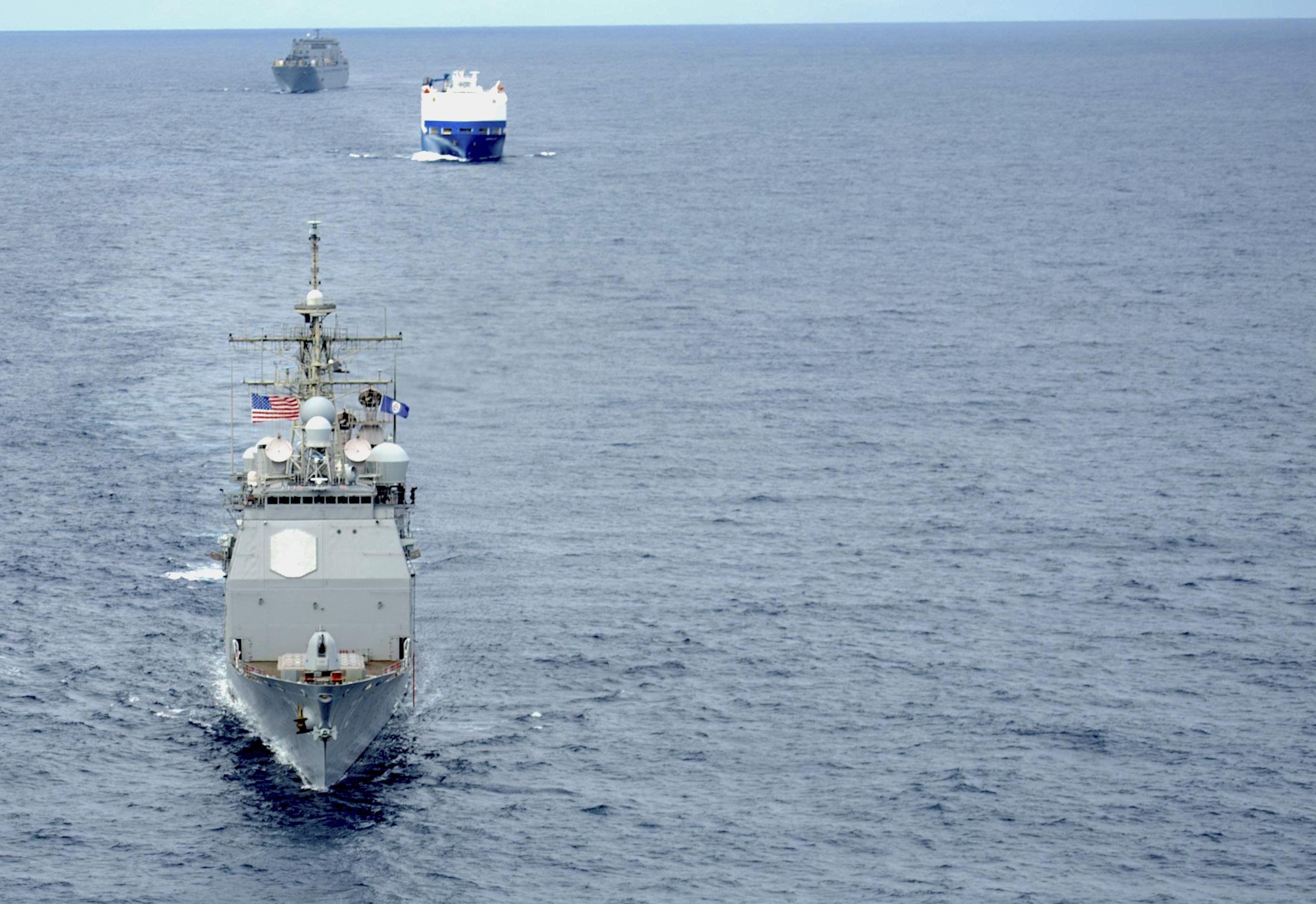 The leak on USS Vella Gulf (CG-72) was discovered while the ship was operating in heavy seas during its transit across the Atlantic Ocean, 2nd Fleet spokeswoman Lt. Marycate Walsh said.

“After technical evaluation, it was determined repairs would need to be made in port. The ship remains in a safe condition and does not require assistance, personnel or materials at this time as it returns to Norfolk, Va.,” she said.

Vella Gulf is the only surface combatant joining the carrier strike group for a second deployment in a one-year period. USS Dwight D. Eisenhower (CVN-69) and its air wing and carrier strike group leadership were asked to conduct a double-pump deployment, but most of the escorts were swapped out between the January-to-August 2020 deployment and this current one, which began Feb. 19. Eisenhower and Vella Gulf are the only two hulls that were going to operate on this deployment without having had a recent maintenance period.

“It would be premature to speculate on the extent of damage and length of repairs needed until the ship pulls into port and is examined by engineers. This is an ongoing situation and more information will be provided once it becomes available,” Walsh said.

USNI News understands that onboard technical assistance personnel will be going onto the cruiser to help make repairs and will follow strict COVID-19 mitigation measures, since the Vella Gulf crew have already done a pre-deployment quarantine and are considered to be in a COVID-free bubble.

Tech assistants will go through a screening process that includes temperature checks and BinaxNow rapid antigen tests prior to being allowed to board the ship. Once on the ship, they will wear gloves and N95 masks at all times; they will be escorted to the job site by personnel wearing TYVEK suits, gloves and N95 masks; all commonly touched surfaces along the route to the work site will be cleaned; a six-foot distance will be kept as much as possible; and meals will be delivered to the work site instead of tech assistants going to the mess.

Walsh said in her statement to USNI News that there is no impact to the other ships in the strike group or their operations.

“The strike group remains underway in the Atlantic executing its mission and remains capable of continuing its deployment and carrying out Fleet Commander’s tasking,” she said.

Eisenhower deployed with two cruisers, so USS Monterey (CG-61) is still operating nearby to protect the carrier and direct air warfare operations as needed.

Though not common, other ships have suffered damage in heavy seas in the Atlantic. In October 2018, dock landing ship USS Gunston Hall (LSD-44)’s well deck was damaged while sailing from Iceland to Norway for NATO exercise Trident Juncture 2018. A landing craft inside the well deck was also damaged. Gunston Hall, along with amphibious transport dock USS New York (LPD-21), which was sailing with the LSD, returned to Iceland for assessment.