Sixty-one crew members and 110 surviving family members of USS Pueblo (AGER-2) are entitled to more than $2.3 billion in damages suffered in the capture of the intelligence-gathering vessel in 1968 in international waters off Wonsan, North Korea, a federal judge in Washington, D.C., ruled this month.

Mark Bravin, lead attorney for the plaintiffs, told USNI News today that the damages awarded are among the largest ever awarded in a state-sponsored terrorism case.

“One of the most significant things, like the [Iran] embassy case after 30 years, the [crew and surviving family members] after 52 years will get relief” through a change in U.S. law.

“For years, the administration did nothing; the Congress did nothing. Then Congress did” in 2016, when it passed the Justice Against Sponsors of Terrorism Act, allowing suits in both of these high-profile cases to move into federal courts.

The money will be paid out of the special congressionally created U.S. Victims of State Sponsored Terrorism Fund that allows foreign governments to be sued in American courts. Money for the fund comes from fines collected and sanctions imposed on individuals and corporations in those states.

“The last thing surviving crew members can hope for” is the return of the Pueblo hull itself. “It’s the number-one tourist attraction in Pyongyang,” Bravin said. 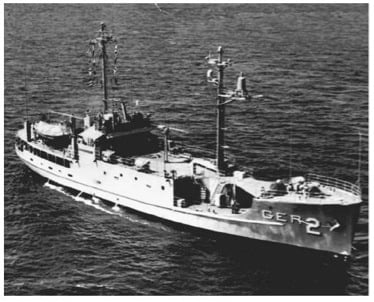 Pueblo was converted into an environmental research ship and commissioned into Navy service in 1967. The ship departed for its first deployment later that year, headed to collect intelligence in Asian waters.

“While off Wonsan, North Korea, on January 23, 1968, Pueblo was attacked by North Korean forces and seized. In the process, one crew member was killed with the remaining eighty-two men taken prisoner. North Korea viewed that the ship violated territorial waters. This claim was denied by the United States,” according to a U.S. Navy description of the event.
“The crew was repatriated on December 23, 1968. Retained by North Korea, Pueblo was exhibited at Wonsan and Hungnam until relocated to be a museum at Pyongyang. Pueblo is still the property of the U.S. Navy.”

The Trump administration put North Korea on the list of state sponsors of terrorism in 2017, opening an avenue for surviving crew members and families to proceed with their legal case. It was also the mechanism the family of Otto Warmbier, a college student who was arrested in North Korea, used in pursuing their claim he was tortured and abused in North Korean custody before he died.

Governments not designated as sponsors of terrorism can claim “sovereign immunity,” exempting them from civil suits.

“In this case, North Korea chose not to contest” the suit where the plaintiffs sought damages for hostage-taking, torture and personal injuries they suffered, Bravin told USNI News. Notice of the suit was served on its government in Pyongyang. “We followed the law exactly” in the case that began in 2018. He added the North Koreans “didn’t say anything” after being served there or in court.

The facts in a 2008 federal case involving ship commander Cmdr. Lloyd Bucher and three crew members – where North Korea was found liable for their treatment – were used in this suit. 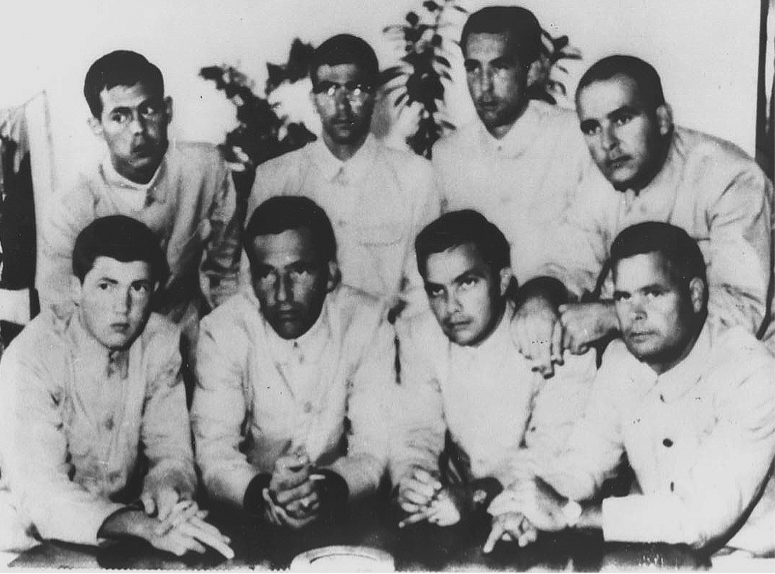 Bravin said he expected payouts in the Pueblo case from the U.S. Department of the Treasury to begin next year.

Eighty-three crew members, “mostly USN and at least one Marine, some civilians,” were detained for 11 months following the ship’s seizure in international waters Jan. 23, 1968. North Korean warships and aircraft fired on Pueblo, killing one crewman. The rest of the crew was captured and detained.

Chief Cryptologic Technician Don Peppard, a surviving crew member and president of the USS Pueblo Veterans’ Association, said in a press release from Bravin’s law firm, Mitchell, Silverberg & Knupp, “even though we didn’t expect anything, it is a relief to be recognized for what we went through. Maybe now it is finally settled, and we can move forward.”

Catherine Soto, the daughter of crew member HMC Herman Baldridge, who passed away in November at the age of 89, told the law firm that “my dad, and our whole family, suffered so much as a result of his captivity, and I wish he was still here for me to tell him that justice is served, and this is finally over.”