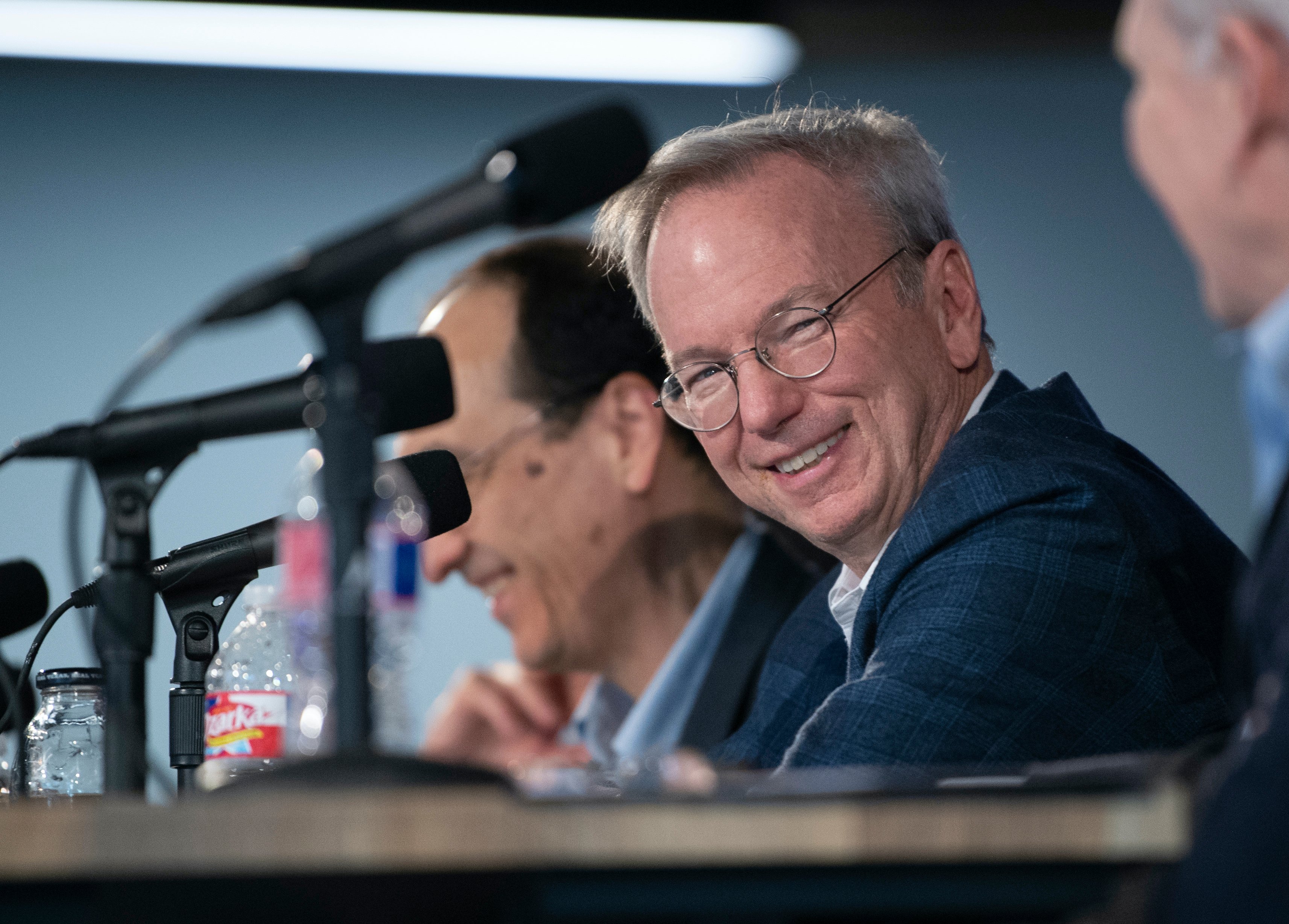 Testifying Tuesday before the Senate Armed Services Committee, Eric Schmidt, former chairman of Google, said the United States needs to maintain a five to 10-year advantage over its “pacing competitor” in AI and other high technology fields like quantum computing.

In discussing the commission’s report, due out March 1, he said he was “worried we don’t understand the competitive threat from China” that encompasses semiconductor manufacturing, directed energy, 5G technologies and synthetic biology, as well as AI, machine-learning and hypersonics.

“DoD treats software as a low priority,” Schmidt told the committee, arguing it actually needs to top the priorities list. “We need to build missiles like cars,” quickly and efficiently from design to deployment, not take years in the cumbersome 70-year-old Pentagon acquisition process, he said.

“You’re wasting money” by following buying regulations that have a two-year lag time before money is appropriated to begin “a program of record,” one that is included in the budget submission, Schmidt said. He noted the department then doesn’t have the flexibility to constantly change software and improves as time passes and the program reaches production.

Using the F-35 program as an example of what can go wrong in having different services and allies following traditional practices for a project, retired Air Force Gen. Herbert Carlisle, chief executive officer of the National Defense Industrial Association, said that “sensors probably need to change every three to four years” and “you should be able change software” as frequently as you would add fuel and change lubricants.

It’s not easy to do under existing law, and the panelists agreed the Pentagon has been reluctant to use “special authorities” granted by Congress to avoid bottlenecks.

Yet the process has “so many levels you have to go through” to reach production and deployment that almost anyone in that chain “can stop it,” Carlisle said. 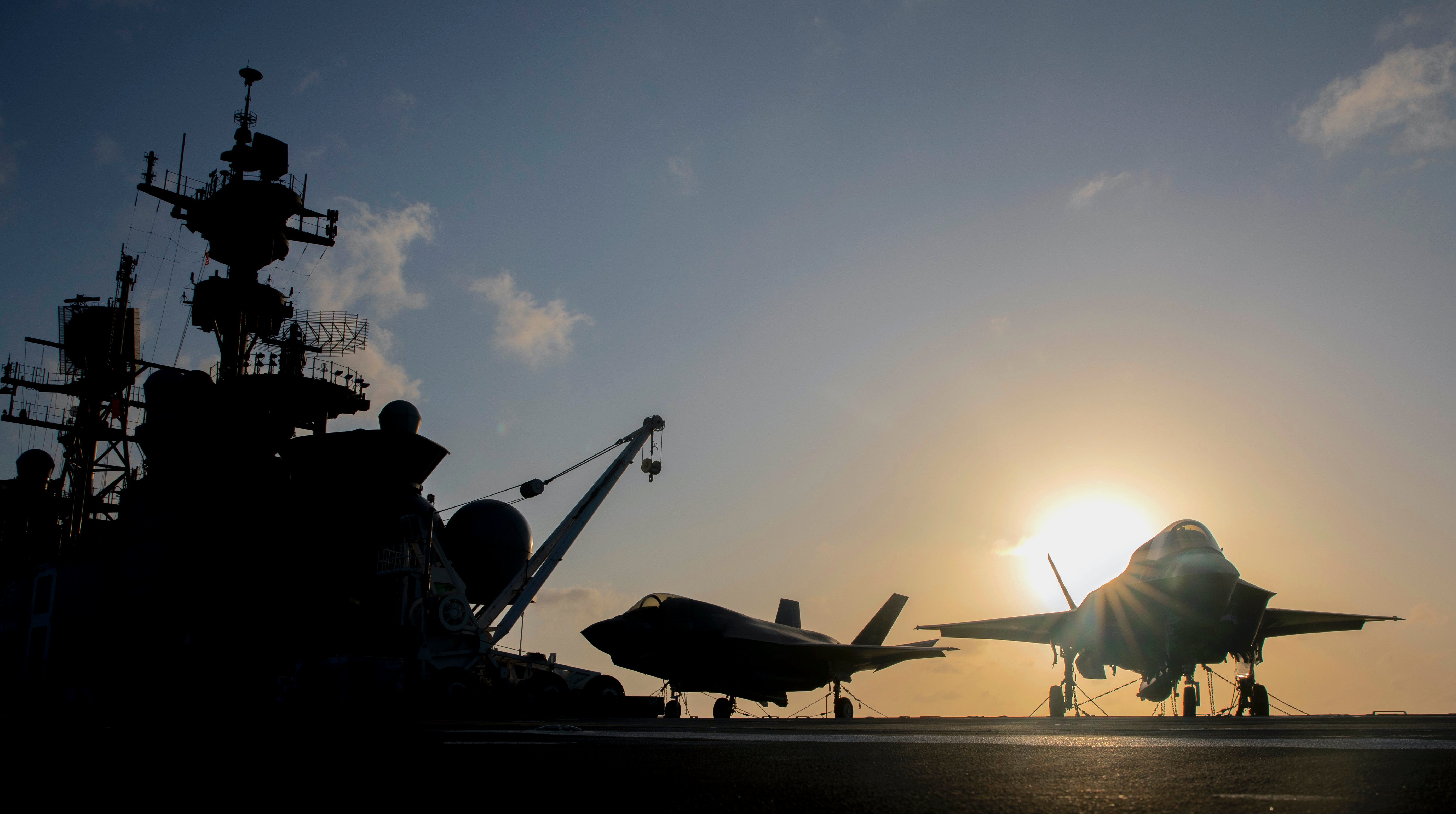 Schmidt said the idea is “to make sure the next technology success is not just for … commercial activity but national security” in the future.

He said the value of AI can be seen in something as routine as applying it to minesweeping in the Navy where “most of the time is spent watching” and not always catching the mines. “AI and machine learning is particularly good” at watching, Schmidt said, adding the technologies “can do this much, much better” than a sailor.

As to where China is in AI, Schmidt mentioned its extensive use in facial recognition and aggregation of health data, raising privacy concerns in the West, and also in speeding up electronic commerce.

Brad Smith, president of Microsoft, said he viewed the future with “confidence and concern.” Among his greatest concerns are the weaknesses and vulnerabilities of the commercial and non-Defense Department digital infrastructure.

He specifically cited the collapse of the electric grid in Texas and the failure of water systems to function in the wake of severe winter weather. Smith noted this was not an enemy’s cyber attack “simply sending code” or planting malware aimed at disruption, but the grid collapse had the same impact.

Smith said the oldest software and hardware tend to be in the governmental sector, making it extremely vulnerable to collapse or disruption. He pointed to the Solar Winds malware placement in thousands of private and governmental networks, which he said highlights “the need to strengthen the software supply chain.” The malware entered the networks as routine patches to fix other problems and update systems.

By strengthening, he meant reporting the intrusion to a specific entity that would then alert others in the private sector and government.

He noted the United States ceded leadership in 5G telecommunications to the Chinese over the years and that has had a major impact on security arrangements for financial and governmental data globally. Huawei, a Chinese company, is selling this service from Asia to Africa and into Europe, and is regarded as the world leader in 5G deployment.

Schmidt said the AI commission report will call for establishing 10 high-tech priorities for the United States and its closest allies to invest in. He added that research and development spending in the United States as a percentage of the gross domestic product is below the levels Washington spent before the Soviets successfully launched its Sputnik satellite.

The advantages the United States has in this competition, particularly with China, comes in its innovative private sector and strong university system. Smith called for more investment in the American education system from kindergarten up to prepare students for lifelong learning in digital technologies.

Schmidt and Smith recommended overhauling the immigration system so that students from abroad who want to stay in the United States to work in the tech sector have certainty about their status and their families.

As for the distance that some workers in the tech sector want to keep from Pentagon projects, Smith said many of them “are not aware of the deep ethical tradition of the American military” and how it synchs with their own ethics.

“The American public is further and further away from the military” since the draft ended in the 1970s, Carlisle said. “It’s not that they don’t like the military, they just don’t know.”

The panelists agreed on the need to work with allies on rules of the road for high-tech that emphasize democratic values and concerns like privacy. They wanted clarity on any red lines they should not cross in its use.

Schmidt said he was troubled by United Kingdom Prime Minister Boris Johnson’s announcement several days ago that he “is fervently sinophile” when it comes to trade and economic agreements that open the door to greater reliance on China.