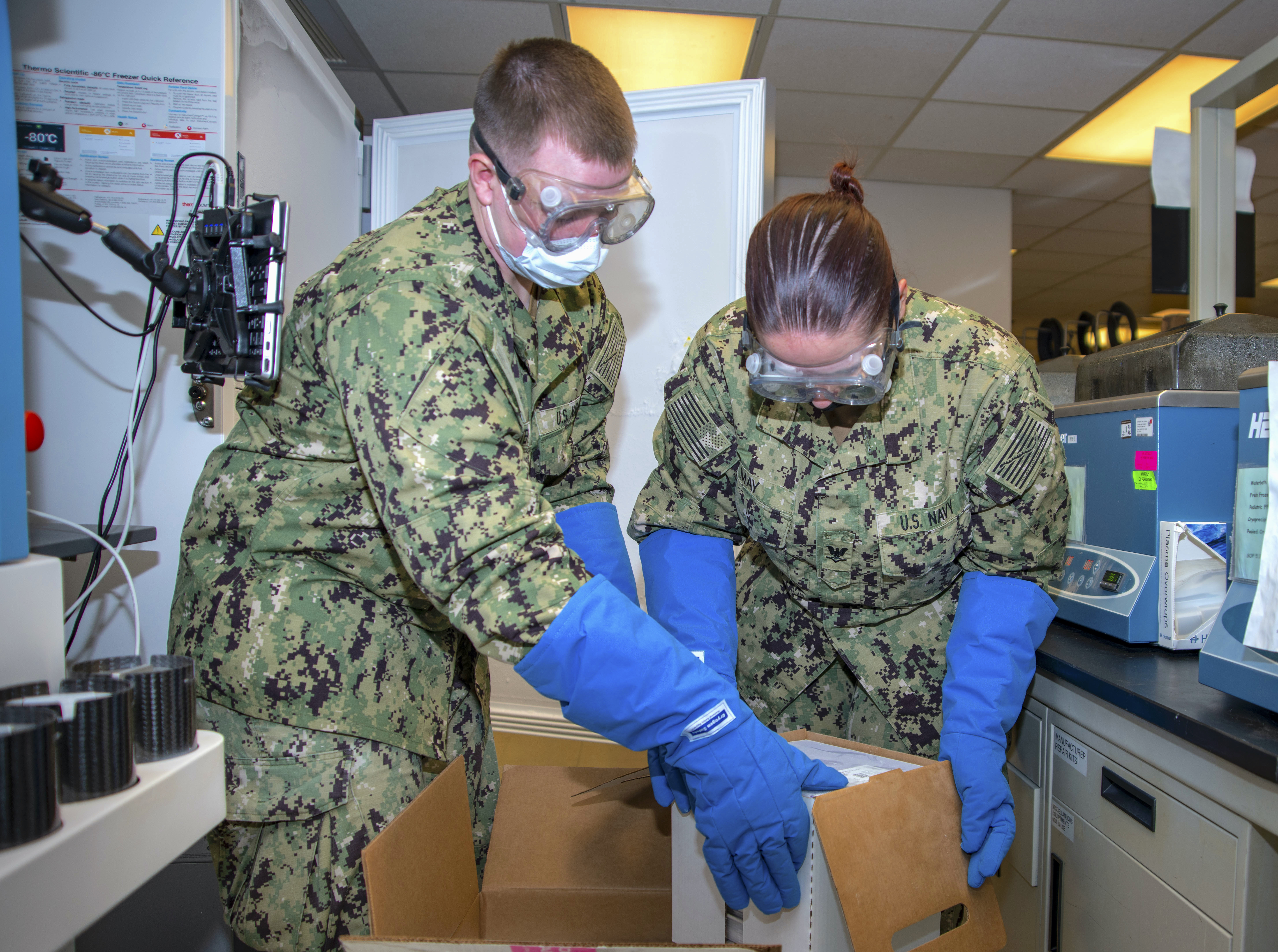 The Navy’s first doses of the recently approved COVID-19 vaccine arrived at a military hospital in San Diego, a service spokesman said today.

“As far as what is going on with the Navy and vaccines, we are working closely with [Office of the Secretary of Defense] and [Defense Health Agency] on getting our shipments and administering them,” Cmdr. Denver Applehans told USNI News.

Naval Hospital Camp Pendleton in Southern California planned to pick up its doses from San Diego on Wednesday, Applehans said.

In a Tuesday message to the fleet, Chief of Naval Operations Adm. Mike Gilday implored service members to get the vaccine.

“By maximizing vaccination among our force and maintaining our mitigation measures of physical distancing, mask wearing, and hand washing, we will begin the return to normal. I will receive the vaccine shortly after it is made available to senior DoD leadership,” Gilday said.

“Initially, there will be a finite supply of COVID-19 vaccines, which will first be administered to DoD and civilian health care professionals and emergency responders: those most at risk of exposure. Vaccinating this population will take time, likely into January,” he added. “We will make the vaccine available more broadly through a tiered plan as production ramps up, prioritizing those executing our most critical missions. I ask for your patience until the vaccine is available for you, and your continued compliance with those health measures we currently have in place.”

The vaccine rollout comes after the Food and Drug Administration last week issued emergency use authorization to a vaccine made by Pfizer and German company BioNTech.

For months, a joint team between the Defense Department and Department of Health and Human Services has been at the helm of Operation Warp Speed, an initiative tasked with creating and ultimately dispensing vaccines for COVID-19.

“As it is available, it’s allocated to the states. The states tell us what location they want it on, at what quantities. We package and we deliver. It is a constant flow of available vaccine,” Perna said Monday.

A vaccine created by Moderna is the next inoculation expected to receive emergency use authorization this week, Perna said.

Just under six million Moderna vaccines are scheduled for shipment to 3,285 locations, he said.

“It will be a very similar cadence that was executed this week with Pfizer, where we’re hitting initial sites on Monday, follow-on Tuesday and Wednesday,” Perna said. “And then by the end of the week, we’re just in a routine cadence with execution.”