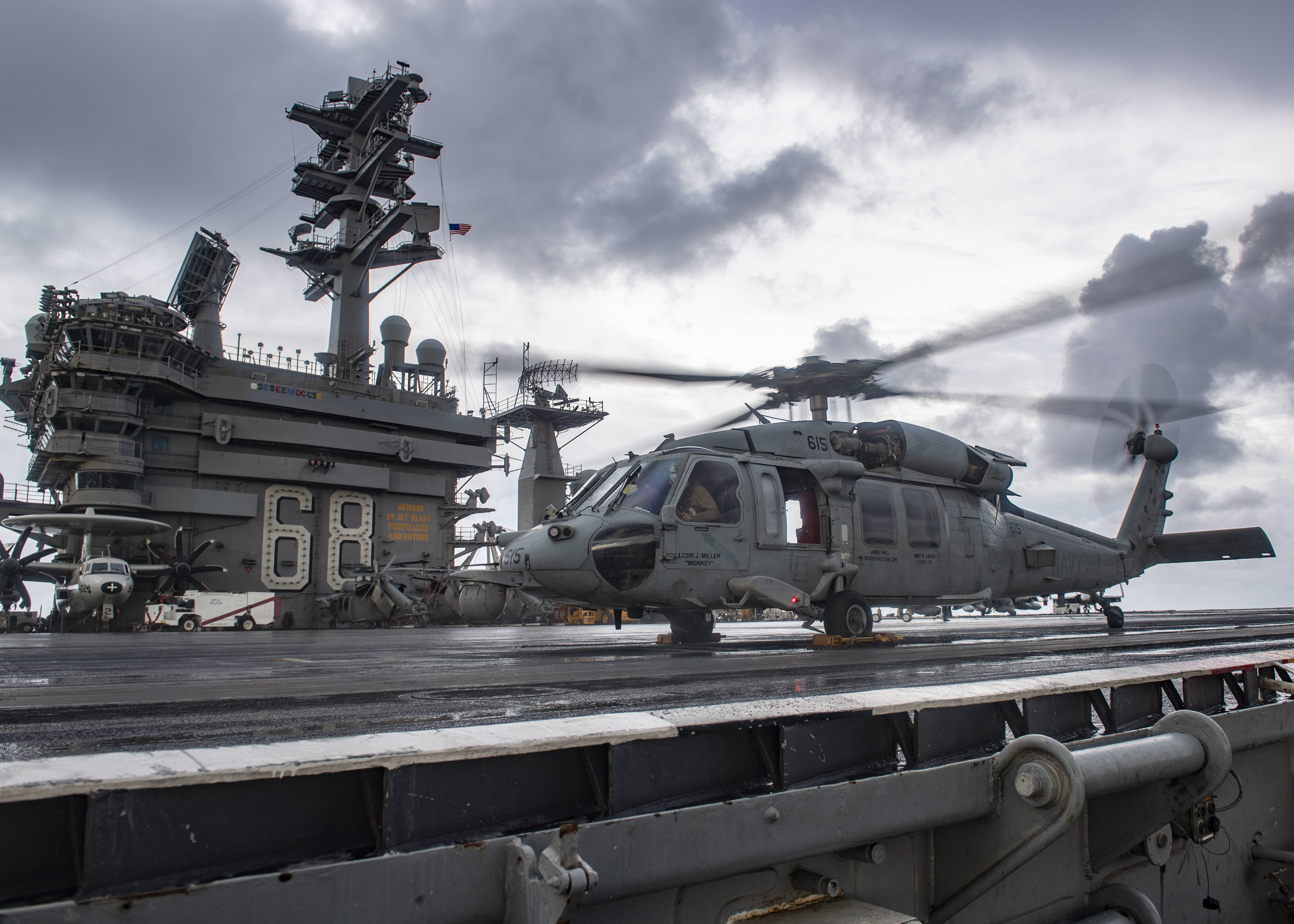 Aircraft carrier USS Nimitz (CVN-68) is now back in the Middle East after conducting an exercise series with the Indian Navy, a spokesperson with U.S. 5th Fleet told USNI News on Monday.

A spokeswoman for 5th Fleet confirmed that Nimitz entered the area of operations on Nov. 25 but denied speculation that the carrier moved into the waters as a result of any regional threats. The Pentagon pointed to an upcoming troop withdrawal as a reason for wanting a carrier presence in the region.

“There were no specific threats that triggered the return of the Nimitz Carrier Strike Group,” Cmdr. Rebecca Rebarich said in a statement. “The return of Nimitz is centered on maintaining [U.S. Central Command]’s ability to remain postured and prepared to help preserve regional stability and security.”

The carrier moved back to 5th Fleet just days before reports emerged that an Iranian scientist was killed inside Iran. On Nov. 27, Mohsen Fakhrizadeh was assassinated near Tehran, according to a report in The Associated Press.

In a tweet, Iranian Foreign Minister Javad Zarif accused Israel of taking part in the assassination.

“During the change in force posture, the DoD felt it was prudent to have additional defensive capabilities in the region to meet any contingency. Therefore the USS Nimitz has been redeployed to the CENTCOM AOR,” the Defense Department said in a statement. “The USS Nimitz had been in the CENTCOM are of responsibility earlier this fall but had transitioned to the [U.S. Indo-Pacific Command] AOR. This action ensures we have sufficient capability available to respond to any threat and to deter any adversary from acting against our troops during the force reduction.”

The U.S. had consistently maintained a carrier presence in 5th Fleet since May 2019. Carrier operations in the Middle East increased 20 percent this year compared to last year, according to USNI News carrier deployment data.