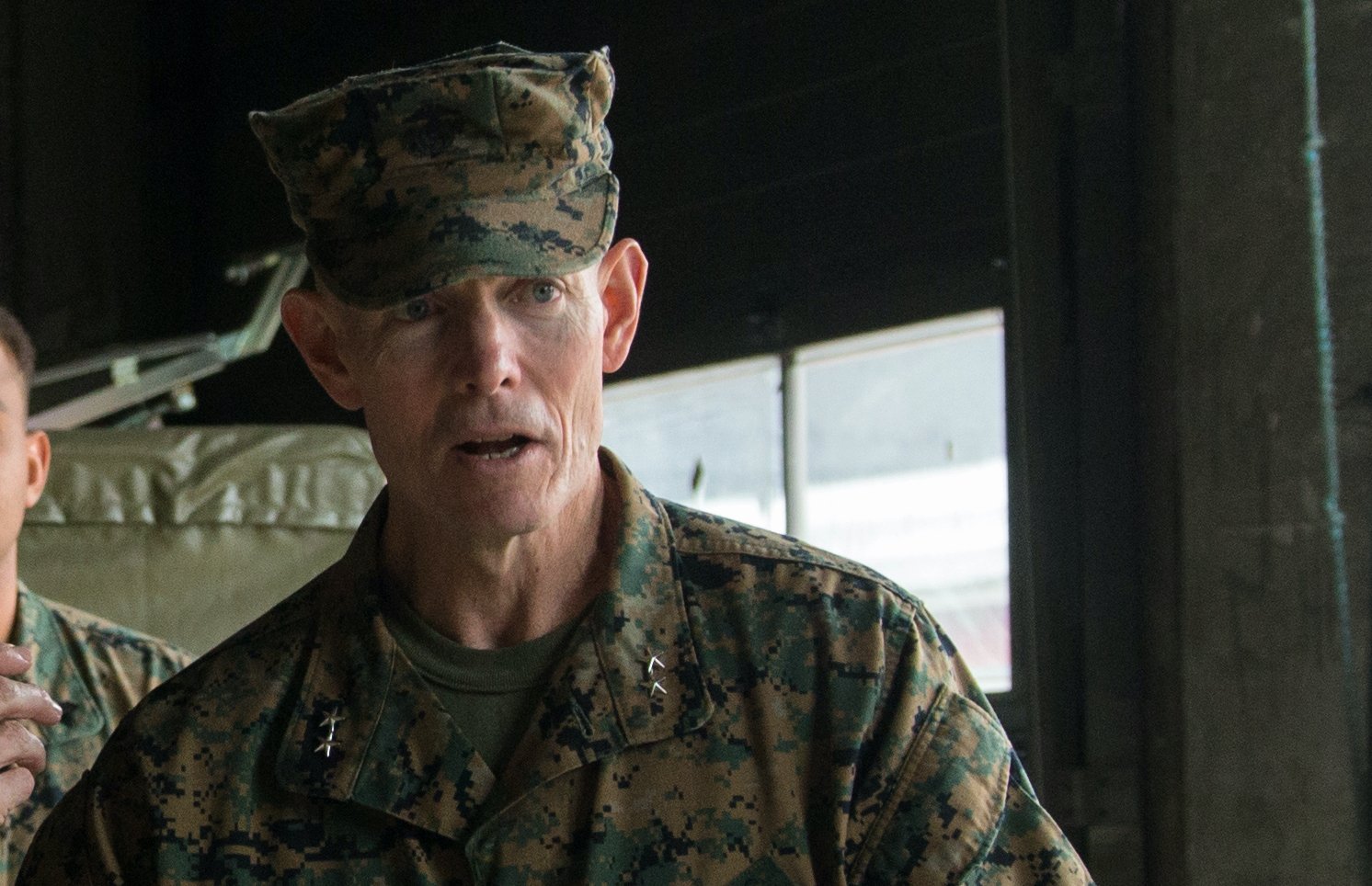 The commander of Marines in Europe and Africa has been relieved of command amid an investigation into allegations he used a racial slur in August, the service announced on Tuesday.

Maj. Gen. Stephen Neary was removed from his position on Monday by commandant Gen. David Berger, according to the statement.

“Neary was relieved due to a loss of trust and confidence in his ability to serve in command,” reads the statement.

The ongoing investigation stemmed from an August incident at Böeblingen, Germany, in which Neary had attempted to correct a group of Marines who were playing music that included a racial slur used to refer to Black people, according to an account of the incident reported by Stars and Stripes which a defense official confirmed to USNI News.

“Neary used the N-word while Marines were doing physical training outdoors with loud music playing. Some of the rap music incorporated the word, which prompted Neary to ask the junior Marines how they would feel if he said it,” Stripes reported, attributing the details to a lance corporal who was present during the incident and later spoke to the paper.
“Even if Neary was attempting to be instructive about the taboo nature of the word, it came as a shock to hear it from a white general officer,” the article continues.

While the investigation into the incident is still ongoing, the details that have emerged from the incident were enough for Berger to remove Neary from the position, USNI News understands.

Col. James Iulo will serve as the acting commander of Marine Corps Forces Europe and Africa until a replacement is determined.

Neary is a career infantry officer who had previously served as the deputy commander of II Marine Expeditionary Force at Camp Lejeune, N.C., before taking charge of the Germany-based command. Originally from Boston, Neary graduated from the Virginia Military Institute in 1988 and served in both Operation Desert Storm and Operation Iraqi Freedom.