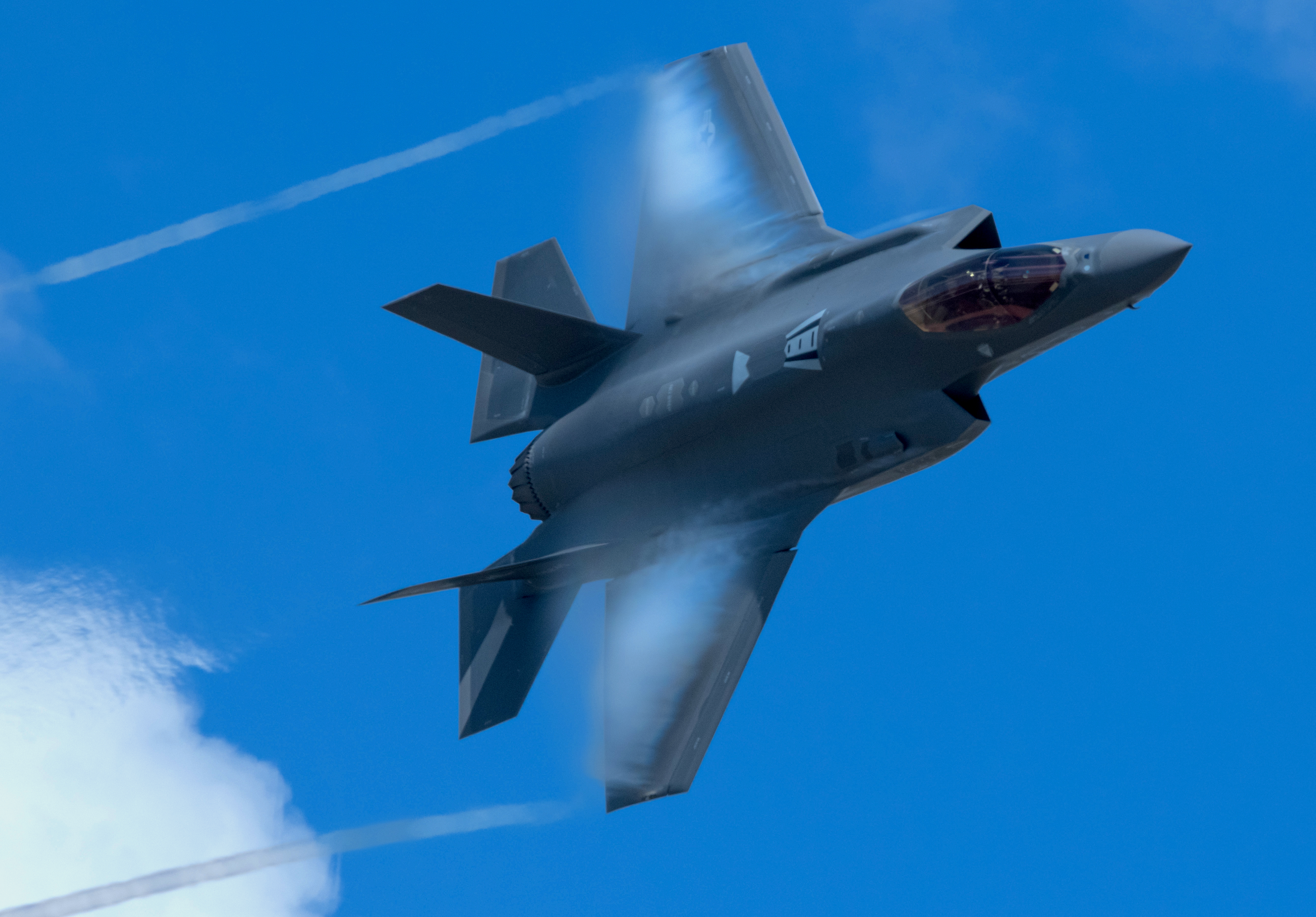 Two non-NATO European countries are considering the purchase of American fighters, as part of two separate international competitions that are underway.

The U.S. State Department has authorized the potential sales of the F-35A Joint Strike Fighter Lightning II and the F/A-18 E/F Super Hornet to both Finland and Switzerland.

On Friday, the Defense Security Cooperation Agency announced the department had authorized the two prospective sales to Finland and that DSCA informed lawmakers about the potential foreign military sales.

The total projected cost of the F-35 sale to Finland — which would include 64 jets, 66 F-135 engines, spare parts and equipment like air-to-ground guided weapons and air-to-air missiles — is $12.5 billion, according to a DSCA news release.

Notably, the prospective F-35 sale to Finland includes the Operational Data Integrated Network (ODIN), while the potential Swiss sale includes the Autonomic Logistics Information System (ALIS). The Pentagon earlier this year said it would move to the ODIN system after ongoing issues with ALIS plagued the F-35 program.

In the other potential sale, Finland would seek 14 EA-18G Growlers, eight F/A-18F Super Hornets, 50 F/A-18E Super Hornets and 166 F414-GE-400 engines, a DSCA release said. The Super Hornet and Growler sale, should it go through, is projected to be $14.7 billion, including the jets, equipment and other weapons like the Small Diameter Bomb II.

“The proposed sale of F/A-18E/Fs and EA-18Gs and associated weapons will provide Finland with a credible defense capability to deter aggression in the region and ensure interoperability with U.S. Forces,” the DSCA release reads. “The proposed sale will replace Finland’s retiring F/A-18C/Ds and enhance its air-to-air and air-to-ground self-defense capability. Finland will have no difficulty absorbing these aircraft into its armed forces.”

The two American fighters are among several programs in an international competition that includes Airbus’ Eurofighter, the Saab-built JAS 39 Gripen and the French Dassault Rafale, according to a Reuters report. 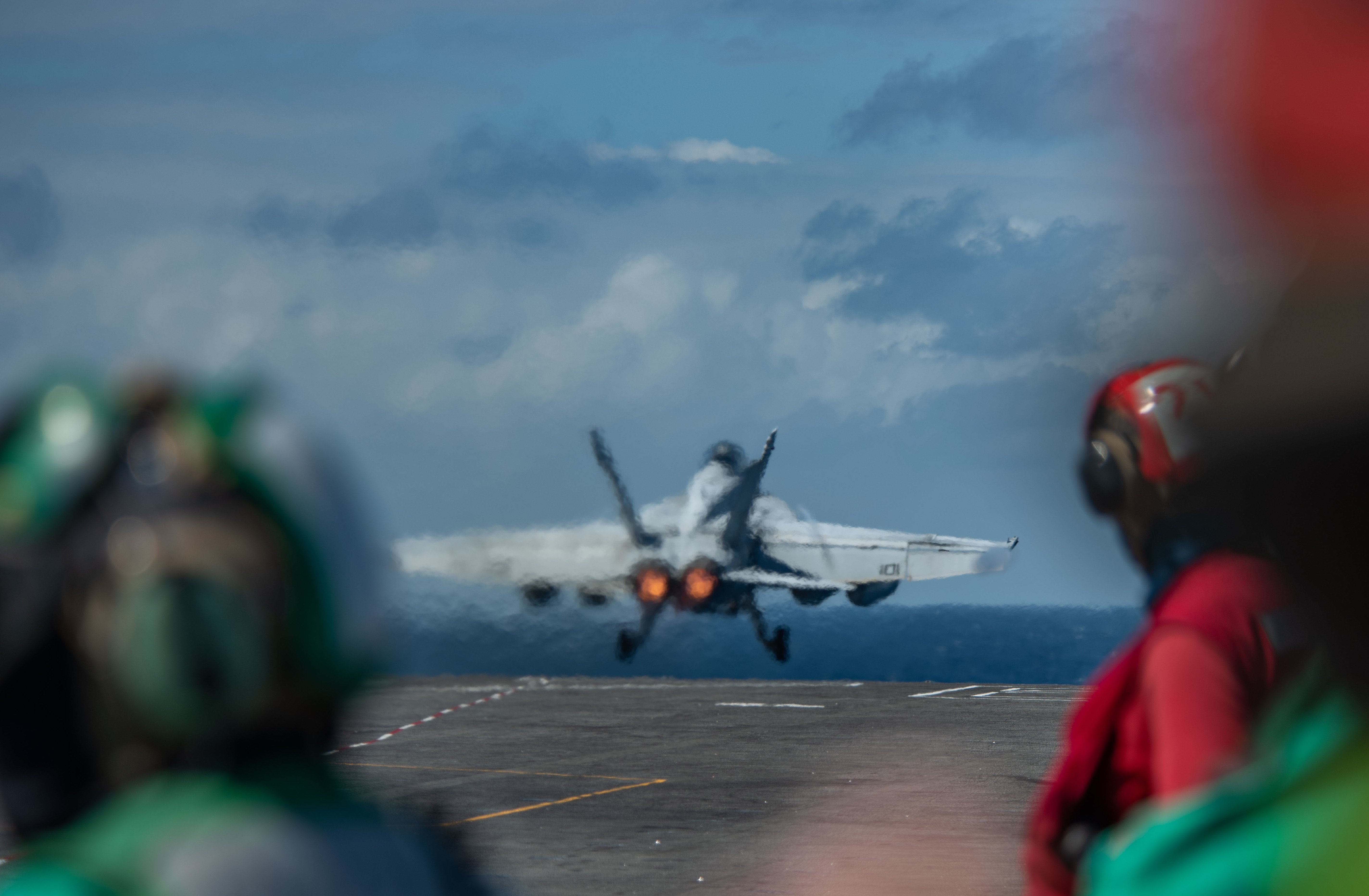 The Friday announcement about the potential sales to Finland comes after the State Department late last month also sanctioned two potential fighter jet sales to Switzerland. Neither Switzerland nor Finland are NATO partners, and both nations are trying to replace older fighter fleets.

Airbus’ Eurofighter and the French Dassault Rafale are also in contention in the Swiss competition, Reuters recently reported.

If the F/A-18 E/F emerges as the winner for either Switzerland or Finland, it would help manufacturer Boeing continue the Super Hornet production line. While the U.S. Navy in its most recent budget submission sought to end its Super Hornet purchases in Fiscal Year 2021, Boeing has pointed to the ongoing international competitions as a way the company could maintain the production line.

In addition to Switzerland and Finland, Canada, India and Germany also have competitions in which Boeing’s Super Hornet is a candidate.

“We’re likewise very optimistic. Partly because of the significant investment in the Block III evolution, there is a lot of interest in the F-18 and obviously the Growler,” Boeing vice president of international sales for strike Thom Breckenridge told USNI News earlier this year. “The five big competitions that I mentioned represent an opportunity for quantities over 400 aircraft, which is obviously very sizeable – and those, again, are just the public competitions that are underway. So we feel very optimistic also on the international front in terms of the Super Hornet’s ability to win sales and contribute to the production.”

Lockheed’s F-35 is also seeing international interest. Reuters this week reported that Qatar officially appealed to the U.S. to purchase the F-35. Meanwhile, the Trump administration is also assessing the possibility of selling the F-35 to the United Arab Emirates.