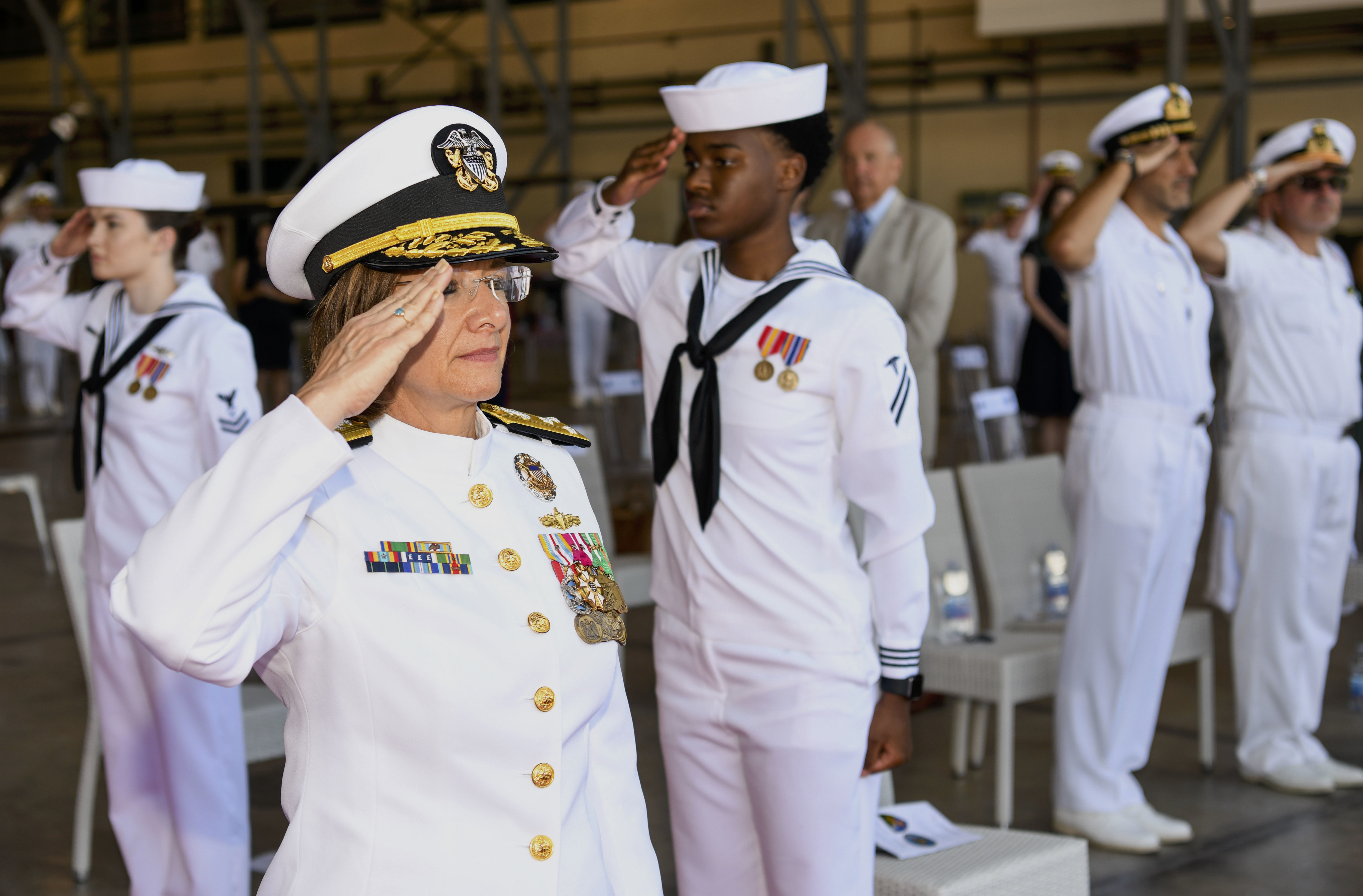 After less than two months on the job, the head of the Navy’s warfighting development office has been nominated for a new role on the Joint Staff, USNI News has learned.

Vice Adm. Lisa Franchetti was nominated on Thursday to head the J5 Strategic Plans and Policy office, according to a Pentagon announcement.

“It is an honor to be nominated for a position on the Joint Staff, and I look forward to continuing to serve our nation. As the deputy chief of naval operations for warfighting development, my full focus remains on developing the Navy’s warfighting advantage,” she said in a Friday statement to USNI News.

Franchetti had just arrived in late July to serve as the second head of the N7 shop the Navy just stood up last fall to align education, wargaming and experimentation across the service.

In a June statement, Chief of Naval Operations said the N7 was “ensuring the Navy’s warfighting advantage in order to deter, dissuade, and deny or defeat adversaries by engaging in three broad, interrelated lines of effort: warfighter development, warfare development, and warfighter corps development.”

The office was a key player in the education for seapower effort, championed by former acting Navy Secretary Thomas Modly, that has largely been sidelined by current Navy Secretary Kenneth Braithwaite.

Before N7, Franchetti had served as the head of U.S. 6th Fleet operating in Europe and Africa.

She is a native of Rochester, N.Y., and was commissioned in1985 through the Naval Reserve Officer Training Corps Program at Northwestern University, where she earned a journalism degree. She is a career surface warfare officer who commanded USS Ross (DDG-71) and Destroyer Squadron (DESRON) 21.