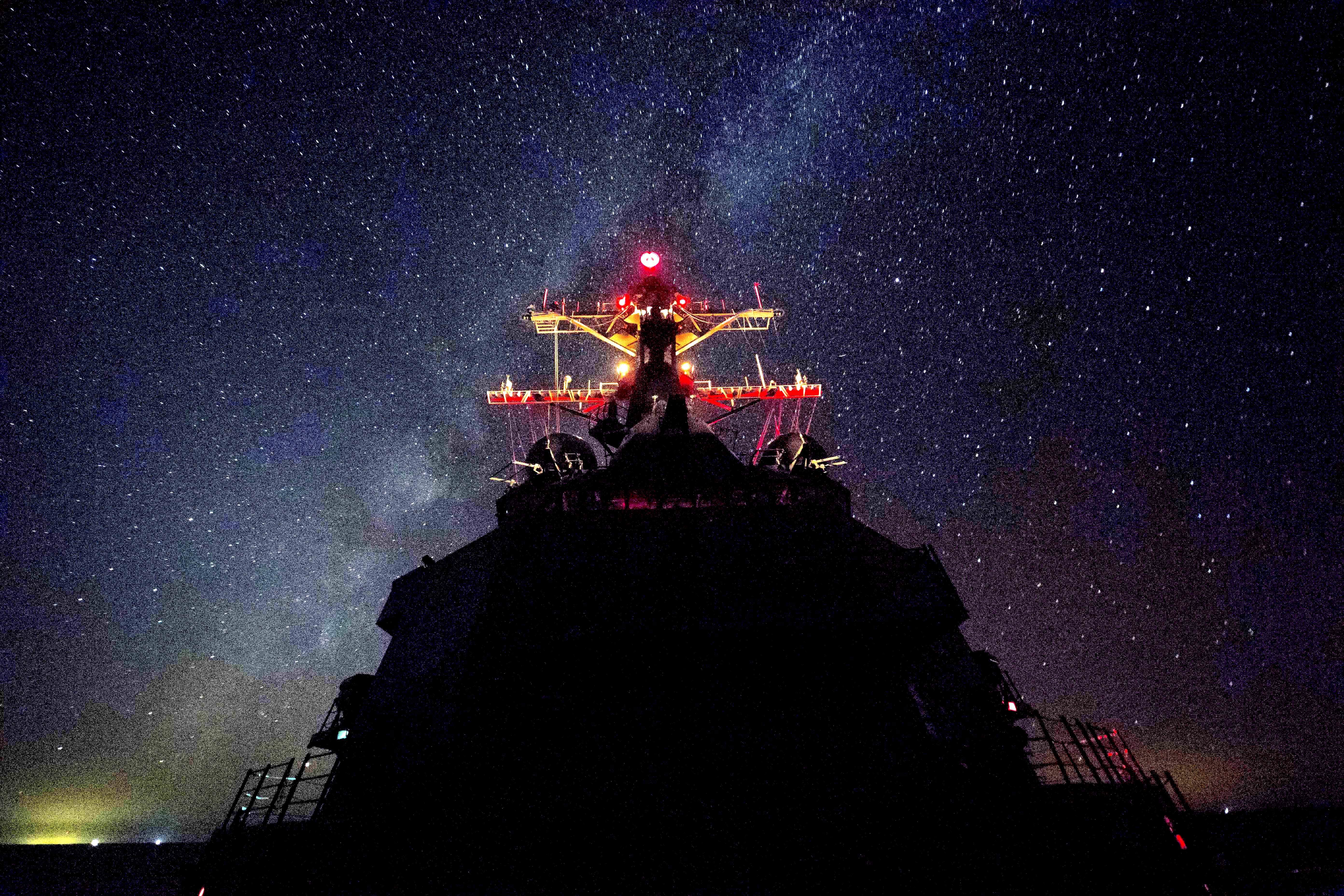 The Program Executive Officer for Ships wants any future ship class to maximize the use of mature technologies and to establish land-based testing sites for any new and unproven systems, to buy down risk and allow for “credible” fielding timelines.

Rear Adm. Tom Anderson said today that, coming into an era of flat budgets and a new force design that will likely call for several new ship classes to meet future needs, he had several concerns about how to approach ship acquisition in the near future.

“Top of my list – and I would say if I had a list of five it would be one, two and three – is capacity and capability of the industrial base, top of the list,” Anderson said while speaking at a Navy League virtual event.
“What do we have today, what do we need for tomorrow, and then how do we efficiently and effectively transition between the two.”

Next, he said, was design maturity.

“We need to use what’s on the shelf and figure out how to best apply that to the requirements that we have. That’s our fastest path to success,” he said.
“Where there is a requirement that can’t be met today, we need to think through how we develop and mature it in a way that allows it to be produced efficiently, without the need for going back and making significant changes while we’re constructing it. That’s been a challenge to us in the past. And I would say for ships and ship systems, which are a little unique, that can mean some form of land-based testing. How do we get the risk out of that platform before going into the production run and we can get to that smooth, efficient production we need.”

Without mentioning specific ship programs, he said that in his three months on the job “there’s been quite a bit of discussion about future programs and what are credible timelines to develop a new program and get into production and deliver it.”

Much of that discussion centers around to what extent the Navy can use existing mechanical and electrical systems, combat systems, sensors and weapons, and more to meet the ship class’s mission, versus to what extent new technology will have to be developed. Where new systems are needed, the credibility of their fielding timelines and cost estimates will depend on the technology’s level of maturity and the maturation path drawn out by developers.

Anderson used the Zumwalt-class destroyers as an example of where too much technical risk was rolled into a program “and it ended up biting us” – not just during construction, when timelines dragged on for years longer than expected, but also in lifecycle management costs. He explained it would be “challenging to cost-effectively manage the lifecycle of the three ships” because the Navy would have to maintain unique training and logistics infrastructures for a very small ship class.

Though it’s still unclear what the Large Surface Combatant will look like – decisions on that ship class have been kicked down the road several times as the Navy refines what role a large warship would have in the future – Anderson said land-based testing sites are already starting work to reduce risk on whatever that ship might end up being.

Naval Surface Warfare Center Philadelphia has long been a test site for hull, mechanical and electrical (HM&E) systems on surface ships, with Anderson recalling that he himself used to stop by there to learn how to operate systems on the newly commissioned USS Arleigh Burke (DDG-51) when he was a young officer. Today, NSWC Philly is reducing the risk to the newest Burkes, the first Flight III hulls being built today, by conducting testing with the new electrical distribution and power generation systems they use that are much more powerful than those on the earliest ships in the class.

Much is still unknown about the Large Surface Combatant, what it would look like, what missions it would conduct, and what systems it would need. When the time comes to start on that class, though, Anderson said risk to the program and its fielding timeline would be lower thanks to work his Electric Ships Office in PEO Ships (PMS 320) is doing now in Philly. The team has brought components of today’s integrated electrical distribution systems for development and maturation, and those “certainly would be available” to Large Surface Combatant later this decade.

“The path we’re going down with maturity (of the electrical and propulsion components) in advance of the material solution for that class being defined” will help lower risk down the road, he said.
“So there already is work at the warfare centers trying to de-risk what the next large surface combatant propulsion and electrical distribution systems look like.”