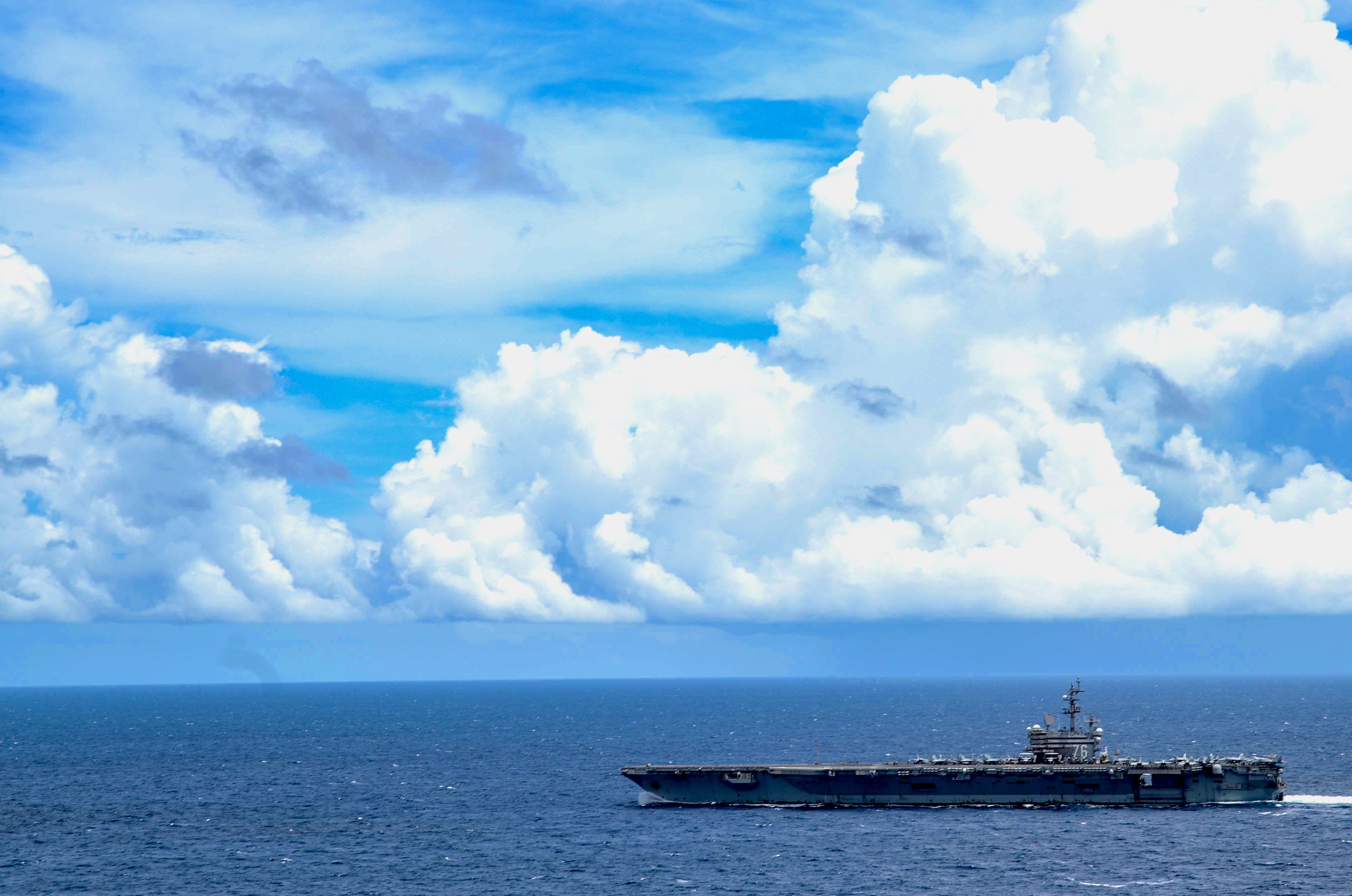 The aircraft carrier USS Ronald Reagan (CVN-76) is back in the South China Sea, as relations between the United States and China remain strained.

The Navy said the Reagan Carrier Strike Group on Friday arrived in the South China Sea. The CSG had been in the Philippine Sea since late July, according to the USNI News Fleet Tracker.

The CSG participated in cooperative sea drills with the Air Force’s B-1B Lancer to improve “joint readiness response capabilities,” the Navy said in a press release.

“The recent integrated training between our Carrier Strike Group and Air Force B-1s is the latest example of how we are continually working to stay synched with all of our joint partners and ready to respond to any contingencies throughout the region,” Cmdr. Joshua Fagan, Reagan’s Task Force 70 air operations officer, said in a statement.

The exercises from the U.S. Navy and the People’s Liberation Army Navy (PLAN) come as the Trump administration has increased its critical rhetoric of China in recent months.

Reagan began its summer patrol in early June from its homeport of Yokosuka, Japan, The carrier participated in drills in the South China Sea alongside USS Nimitz (CVN-68) in early July.