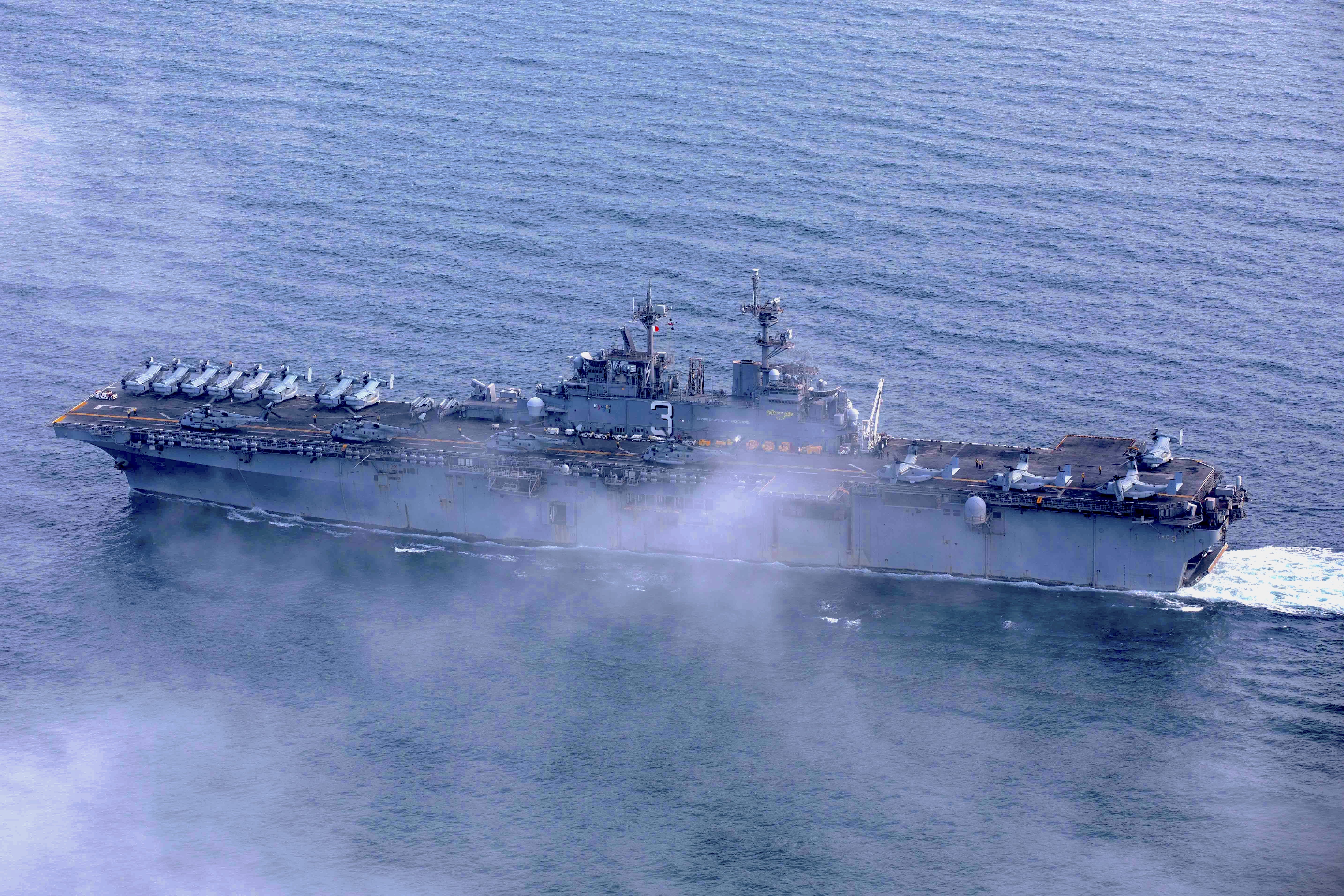 USS Kearsarge (LHD-3) transits the Atlantic Ocean. Kearsarge is the flagship of the Kearsarge Amphibious Ready Group in 2019. US Navy Photo

This post has been updated to include additional comments from Newport News Shipbuilding.

A stop-work order at a Virginia repair yard has been lifted, following a welding incident on Friday that led the Navy to call for a stand-down and review of safety procedures.

On July 17, while subcontractors were working on amphibious assault ship USS Kearsarge (LHD-3), “metal slag from welding work dropping onto a vacuum cleaner in the space below, which did not result in a fire” but did cause the fire watch to use an extinguisher on the melting plastic out of an abundance of caution. Naval Sea Systems Command then ordered a stand-down that was lifted July 21.

“To remove the stop-work order, General Dynamics NASSCO – Norfolk was required to validate proper housekeeping and cleanliness, removal of unnecessary clutter and ensure unrestricted access to firefighting and damage control equipment,” NAVSEA spokesman Rory O’Connor told USNI News today.
“Secondly, NASSCO employees and subcontractors supporting GD-NASSCO – Norfolk were required to complete fire and general safety training. Compliance with these actions is necessary to ensure established procedures and protocols are adhered to in order to prevent any unforeseen incidents or fires. Navy officials verified that these actions are complete, and as such, have lifted the stop-work order.”

NASSCO spokesman Anthony Paolino told USNI News on Monday that the Navy and NASSCO had done a walk-through on two aircraft carriers that NASSCO is supporting as a subcontractor, and that NAVSEA cleared them to resume work late Monday. NASSCO is also the prime contractor for maintenance work on five surface ships, and those were cleared yesterday to resume work after NAVSEA determined the requirements of the stand-down had been met.

Though no actual fire occurred on Kearsarge, the stand-down was ordered in the aftermath of a much larger fire on USS Bonhomme Richard (LHD-6) in San Diego that burned for four days before being fully extinguished.

Chief of Naval Operations Adm. Mike Gilday said last week after touring the fire-damaged hull that he wanted to be proactive in addressing training, planning and procedures related to ship fires because “you don’t want to have another one like it. … I’m not waiting for this to potentially happen again.”

Another small fire occurred Monday morning at Newport News Shipbuilding while working on the future John F. Kennedy (CVN-79). Shipyard spokesman Duane Bourne told USNI News that a stop-work order had been in place immediately after the fire.

“Newport News Shipbuilding personnel responded to the aircraft carrier John F. Kennedy (CVN 79) at about 10:15 a.m. Monday, July 20 after a report of a minor fire aboard. Emergency crews quickly extinguished the fire, and the ship was evacuated while it was being ventilated due to smoke. There were no injuries as a result of the fire,” he said.
“Newport News Shipbuilding secured all hot work on CVN 79 while the cause of the fire is being investigated and a yard-wide stand down was conducted for fire safety. The Navy and Newport News Shipbuilding will restore hot work on CVN 79 once the investigation is complete and any necessary corrective actions are in place.”

Shipyard President Jennifer Boykin wrote on Facebook, “Although the fire was put out quickly, we did experience heavy smoke and immediately evacuated the entire ship. The damage was contained to the compartment where the fire occurred, and we are investigating the cause.”

“I want to thank everyone who responded this morning. Your quick thinking and prompt actions kept people safe, prevented injuries and minimized damage to the ship,” she continued.
“You have my commitment that we will learn from this, and we will share our lessons learned – not just at NNS – but across all Navy shipyards.”

Ships in maintenance and undergoing construction are at particular risk for fires, with hot work taking place, flammable scaffolding and debris all around and fewer people on the ship to respond if a small fire is sparked.

Though incidents like the one on Kearsarge can happen – and, in fact, what happened on Kearsarge highlights why a fire watch is stationed right near the hot work with a fire extinguisher on hand, just in case – there have been concerns recently that procedures aren’t always followed, hot work is conducted outside designated hot work zones, fire watches aren’t always in place, and more.

In a May 2019 status update, Cmdr. Garrett Miller, the former commander of USS Fitzgerald (DDG-62), which was undergoing repairs at Ingalls Shipbuilding in Mississippi after its 2017 collision, wrote about several fire incidents that had worried him. In some, the fire watch did its job promptly. In others, there was a “smoldering deck due to work scope moved beyond fire watch area of responsibility without communicating to fire watch;” “fire from combustibles due to improperly cleared hot work site;” “burn-through from welding on transverse bulkhead with no fire watch present;” “hot work commenced without fire watch on station;” and more.