KUALA LUMPUR – The U.S. will continue to keep up the pace of freedom of navigation operations in the South China Sea, which hit an all-time high in 2019, Secretary of Defense Mark Esper said on Tuesday.

Esper, speaking at an online event hosted by the International Institute for Strategic Studies, said the U.S. policy has always been backed up by its actions like FONOps and other presence operations. Last year marked “the greatest number of freedom of navigations operations in the South China Sea in the 40-year history of the FONOps program, and we will keep up the pace this year.”

Esper reiterated the United States government’s rejection of China’s maritime claims and that the new U.S. policy on the South China Sea “plainly states that our recognition of maritime claims is consistent with international law, favors the sovereign rights of Southeast Asian partners and rejects the PRC’s excessive and unlawful maritime claims that have been used to bully smaller countries from accessing offshore resources in their own Exclusive Economic Zones.” 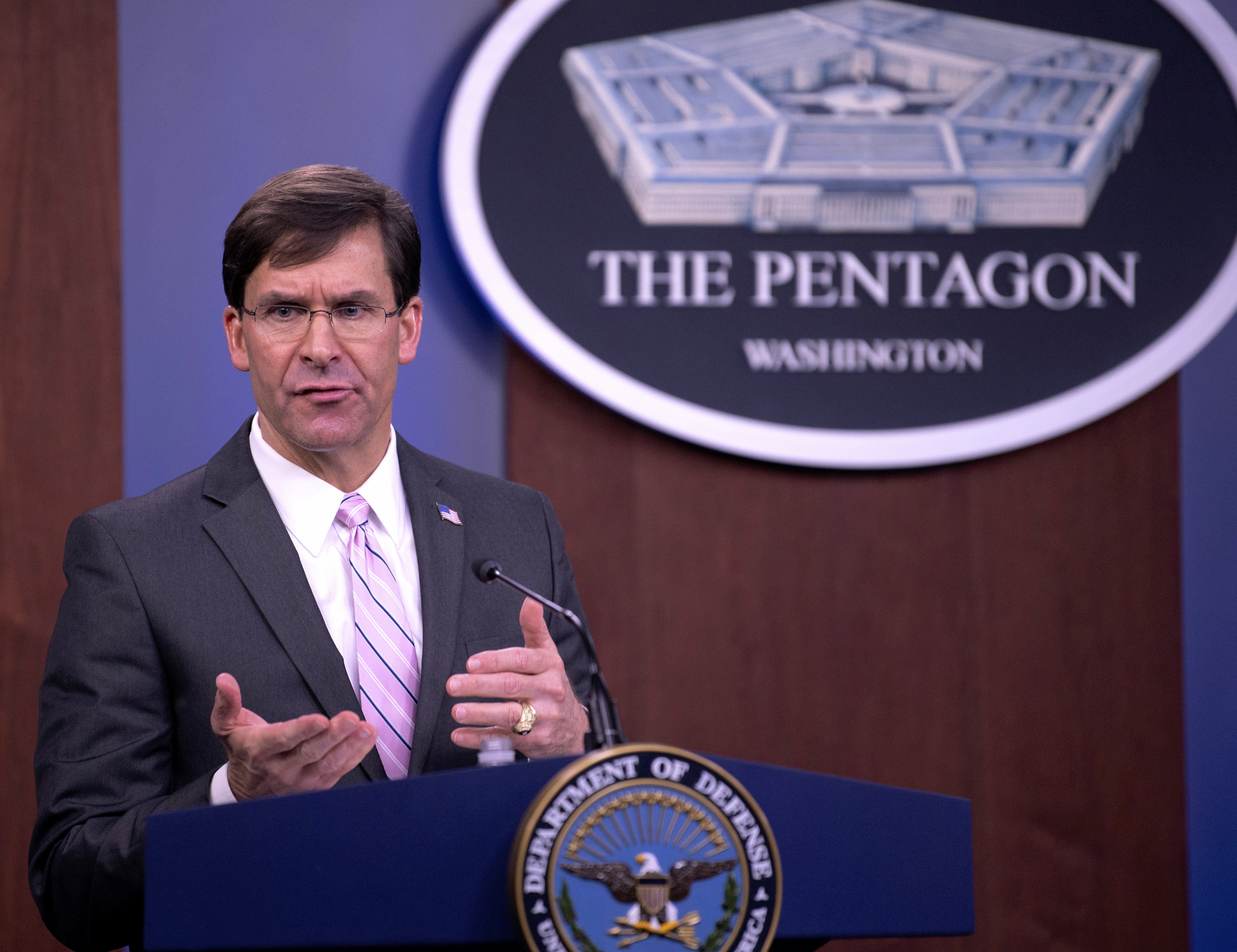 Secretary of Defense Mark Esper speaks to the media during in the Pentagon Briefing Room on April 14, 2020. DoD Photo

“I don’t know what the Chinese meant by that hollow statement about American carriers being there by the pleasure of the PLA. Look, American aircraft carriers have been in the South China Sea and the Indo Pacific since World War II, and we will continue to be there, and we’re not going to be stopped by anybody. We’re going to sail, fly and operate where international law allows,” he said, adding that the United States does so to assert international laws and rights and to support the sovereignty of its friends and partners and reassure them that the United States will be there in support of such.

Esper declined to answer what privately communicated red lines he would communicate to Beijing in relation to its maritime claims. He would only to state that the U.S. would defend international norms and rules and live up to its commitments that it has made in the Indo-Pacific. Esper added that the United States was committed to Taiwan and will continue to conduct arms sales to it and continue to conduct FONOps in the Taiwan Straits. He also stated, though, in the case of Taiwan and also the rest of the Indo-Pacific region, it was China that was aggravating the situation

Esper stated that the U.S. was not in search of a conflict but was committed to a constructive and result-orientated relationship with China in regard to the defense relationship, to open lines of communication and to reduce risk. But at the same time, the United States “firmly believe no single nation can or should dominate the public commons, and we will continue to work alongside our allies and partners to support a prosperous and secure Indo-Pacific for all.”