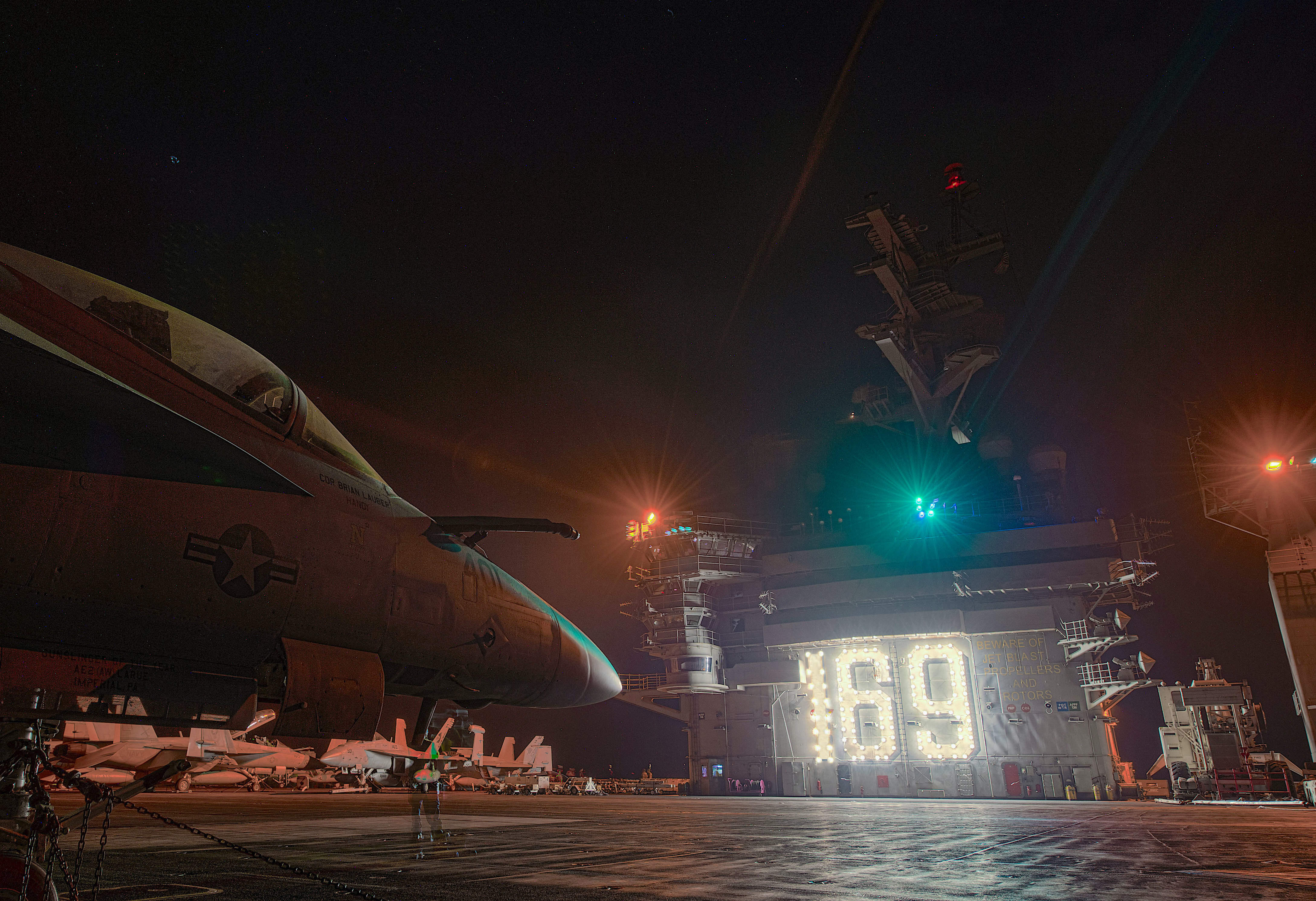 Eisenhower deployed with its carrier strike group in February and spent much of the last few months in the Arabian Sea amid heightened tensions with Iran.

The carrier has been at sea for 185 consecutive days, according to the USNI News Fleet Tracker, and has now moved into the Red Sea. The Eisenhower CSG includes cruisers USS San Jacinto (CG-56) and USS Vella Gulf (CG-72); and destroyers USS James E. Williams (DDG-95), USS Stout (DDG-55), and USS Truxtun (DDG-103).

The Navy could not confirm whether USS Nimitz (CVN-68), which is currently operating in U.S. 7th Fleet, would head to the Middle East to replace Eisenhower, but Ike’s deployment is expected to wind down soon after about six months at sea.

Meanwhile, Nimitz (CVN-68) has moved westward and started partaking in exercises with the Indian Navy.

The Navy announced today in a press release that the Nimitz Carrier Strike Group began conducting the exercises in the Indian Ocean.

“It was a privilege to operate with the Indian Navy,” Rear Adm. Jim Kirk, Nimitz CSG commander, said in a statement.

“RADM Vatsayan, Flag Officer Commanding Eastern Fleet, leads a powerful and highly skilled Fleet,” he continued. “The opportunity to have the Nimitz Carrier Strike Group join with his Fleet for a series of exercises improved our interoperability and is a testimony to the flexibility of both our Navies.”

The exercises follow a clash last month between Indian and Chinese forces in the Himalayas that left 20 Indian soldiers dead, The New York Times reported.

The Nimitz CSG had been operating in the South China Sea earlier this month, alongside the Reagan Carrier Strike Group, after deploying from San Diego, Calif. in early June.