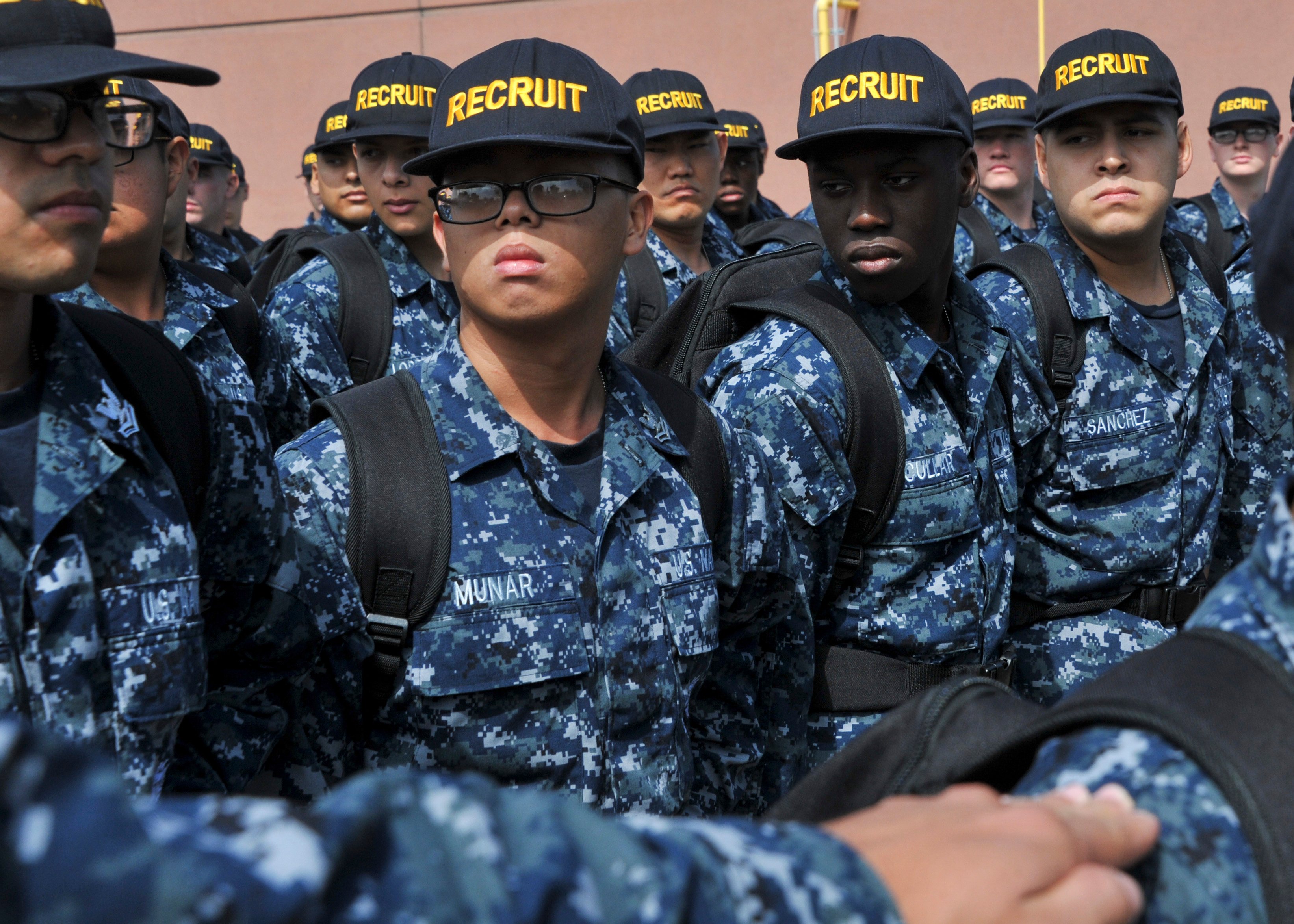 The U.S. Navy’s enlisted corps is 20 percent black – higher than the representation in the U.S. population of 13 percent. But black personnel make up just 8 to 9 percent of the service’s officer corps, and that is one of the many reasons the service established Task Force One Navy, its latest effort to address racism, sexism and other biases, according to Chief of Naval Personnel Vice Adm. John Nowell.

“I’ve done a number of listening session here with my group, and they’re hard conversations,” Nowell said in a media roundtable Thursday.
“This idea that discrimination and bias are commonly experienced by our black and African-American teammates … It reinforces that the Navy does still have a culture problem based upon implicit bias.”

Chief of Naval Operations Adm. Mike Gilday announced the creation of Task Force One Navy in a video released June 25. According to the group’s charter, the 20-member task force is to “analyze and evaluate issues in our society and military that detract from Navy readiness, such as racism, sexism and other structural and interpersonal biases.”

The team is to develop concrete approaches to bring about change within the service, according to its directions.

The Navy initiative follows the growing national conversation on implicit and systemic racism in the wake of the killings of several black citizens across the country, including Ahmaud Arbery, 25, shot while jogging in Glynn County, Georgia; Breonna Taylor, 26, killed by police while she slept in her apartment; and George Floyd, 46, who died at the hands of a Minneapolis police officer May 25.

The task force, according to Gilday, will “leverage outreach focus groups from both within and outside the Navy representing diversity of race, ethnicity, gender, age, and rank to ensure a diversity of experience and perspectives.”

“As a Navy – uniform and civilian, active and reserve – we cannot tolerate discrimination or racism of any kind. We must work to identify and eliminate individual and systemic racism within our force,” Gilday said in a statement June 30.

The team will be lead by Rear Adm. Alvin Holsey, commander of Carrier Strike Group One, as the task force director, and Capt. Putnam Browne, head of the 21st Century Sailor Office, as the deputy director of the task force. Supporting the task force will be Force Command Master Chief Huben Phillips as the senior enlisted advisor, Capt. Thomas Dixon as the chief of staff and civilian advisor Jane Roberts, along with fleet commanders, the Navy judge advocate general, chief of chaplains, the Surgeon General, Office of Legislative Affairs and Master Chief Petty Officer of the Navy Russell Smith.

They group includes several African Americans – Holsey, Phillips and Dixon – and others with Hispanic and other minority backgrounds, according to Nowell.

“These are not figureheads. That is not why they are there. We think that diversity built into the task force is important. It’s not just about race, ethnicity, and gender; it’s where we are from, what was your education, what lens do you look through,” Nowell said.

The group will examine a number of issues, including barriers to service entry, scholarship and mentorship opportunities for potential recruits, talent management, training and education throughout career paths, evaluations, promotion and advancement, racial disparities in the justice system, and health care and health disparities.

Members will provide an initial report by July 31, a progress review by Sept. 17 and a final report by Dec. 10.

Nowell and Browne said the service has taken steps in the past to address diversity and has taken action to foster an inclusive environment in the service. Still, there is an absence of minority representation in the officer corps and in certain communities, like aviation and special operations, and sailors continue to say that they experience discrimination and bias.

“The reality is that there is systemic racism, not on purpose, I think sometimes unwittingly – which is why the idea is what are the barriers that we can remove,” Nowell said.

In past month, the Navy has taken a number of steps to address racial inequality in the ranks and quash racism.

Gilday, on June 9, announced that the Confederate battle flag will be banned from all public spaces and work areas on ships, subs and aircraft.

The task force also plans to review whether to eliminate a requirement that photos be included in records presented to promotion boards – a requirement instituted in 2018 that was meant to ensure that candidates were physically fit and maintained a professional appearance.

Some argue, however, that they contribute to unconscious bias in the decision making process. The Army plans to stop using them this year. The Air Force and Coast Guard do not normally require promotion photos. The Marine Corps continues to use them.

These changes, however, just scratch the surface. The task force’s job is to make recommendations that will result in “significant, sustainable changes” at the deckplate level, according to its charter.

Of the 342,594 sailors and officers in the active-duty Navy in the first quarter of 2020, 80 percent were male and 20 percent were female. Nearly 18 percent identified as black or African American, 7 percent were mixed race, 6 percent were Asian, and 3 percent were Alaskan or Hawaii Natives, Native American or Pacific Islander.

In a message to the fleet June 30, Gilday instructed Navy commanders and enlisted leaders to hold conversations in their commands on race relations, and for sailors to educate those within their units on their experiences.

According to NAVADMIN 188/20, commanders were to begin conversations and practice inclusion, use their command teams to understand “what is happening in their commands” and model a leadership style that compels people to speak up. They also were instructed to increase their knowledge of inclusion and diversity events.

Sailors are to “identify areas where there are barriers to certain groups” and “be an ally for those who do not feel like they can speak up.”

“This is not the problem of one group of people. This is our Navy, and we need a greater understanding of the experiences that make us One Navy Team and build trust and connection in our teams,” Gilday said.

Fleet Master Chief Wes Koshoffer acknowledged during the media roundtable that there is skepticism of the new task force – and previous task forces – but said that there is “momentum” today.

“We have some real will to make positive change in the Navy in the long haul,” Koshoffer said. “This is a wake up call for me. The team of leaders we are putting together for the task force, the conversations we are having today, are different. We’re approaching real talk. That to me is very exciting.”