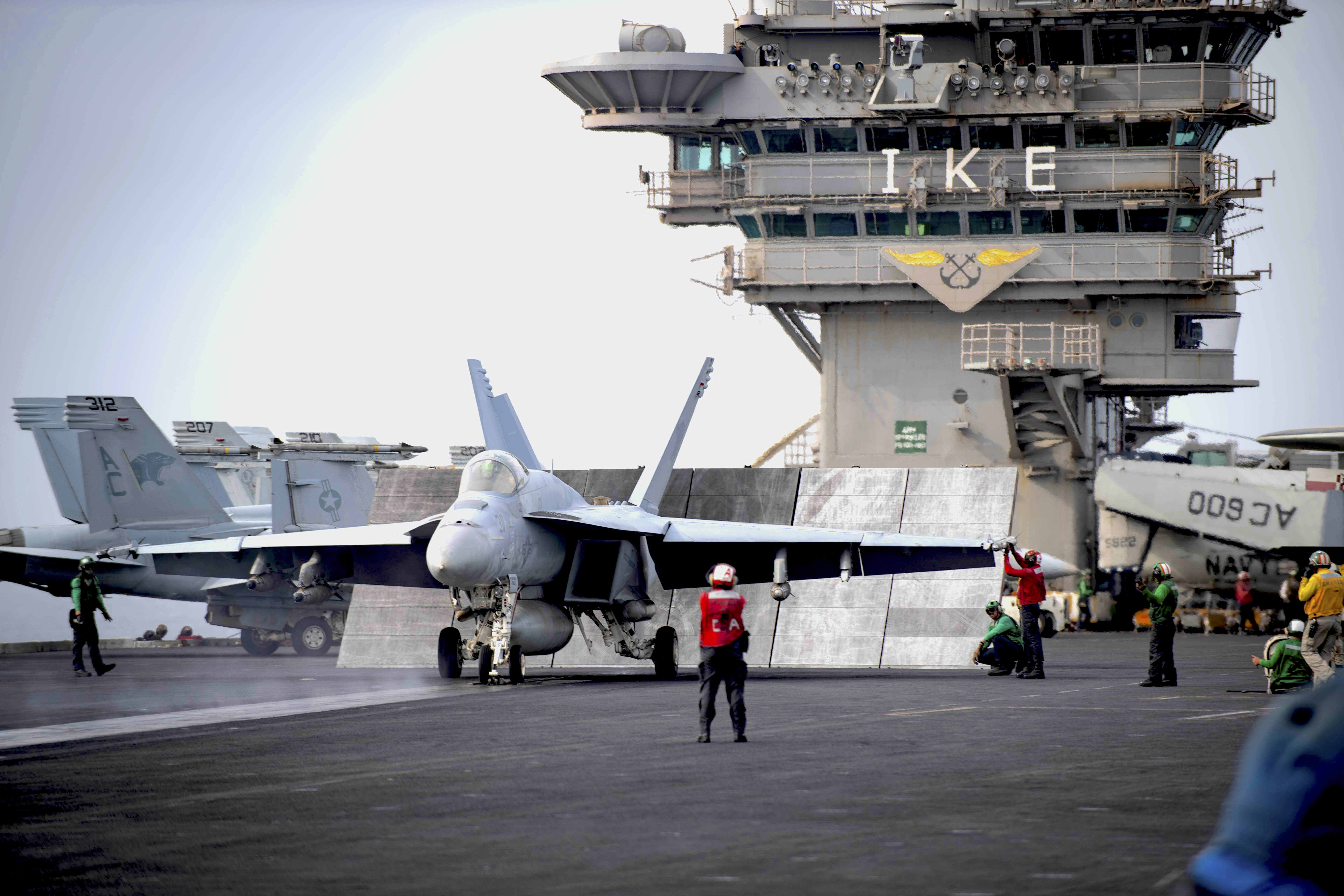 An F/A-18E Super Hornet attached to the Wildcats of Strike Fighter Squadron 131 prepares to launch from the flight deck aboard the aircraft carrier USS Dwight D. Eisenhower (CVN-69) on June 20, 2020. US Navy Photo

The crew of carrier USS Dwight D. Eisenhower (CVN-69) has spent 161 days at sea while on station in the Middle East – breaking a record set during the aftermath of the Sept. 11, 2001, terror attacks, according to the Navy.

The carrier and guided-missile cruiser USS San Jacinto (CG-56) left Naval Station Norfolk, Va., on Jan. 17 for a graduation exercise that shifted into its eventual deployment. They have been at sea ever since.

“Although Naval History and Heritage Command does not specifically track continuous days underway for naval vessels, it has two modern documented days-at-sea records, both of which are now broken,” the Navy said in a statement.

“In Feb. 2002, the aircraft carrier USS Theodore Roosevelt (CVN-71) operated for 160 days straight in support of post-9/11 response. And it was again, Ike, who held the record of 152 days consecutively underway during the Iran hostage crisis in 1980.”

Eisenhower and San Jacinto have been operating in U.S. 5th Fleet since March 9 as part of continued U.S. presence operations, aimed at curbing Iran, that kicked off in May of 2019.


The two ships have spent the majority of their time in the Gulf of Oman and the North Arabian Sea outside the Persian Gulf.

Part of the reason for the extended at-sea period is the lack of port opportunities for the carrier’s crew as the COVID-19 pandemic continues.

“Our ships remain undeterred in the face of adversity and this monumental feat will only make our crews and the Navy stronger,” Eisenhower commanding officer Capt. Kyle Higgins said in a Thursday statement. “I’m so proud of the young men and women I see on the deck plates each and every day.”

The Navy is still working through a program to create “safe haven” liberty ports around the world that would provide limited recreation facilities for ships underway while limiting sailors’ potential exposure to the coronavirus.

The service’s primary COVID-19 mitigation strategy is to keep ships underway in a virus-free bubble. The safe-haven ports seek to extend a protected bubble from the ship to the shore. 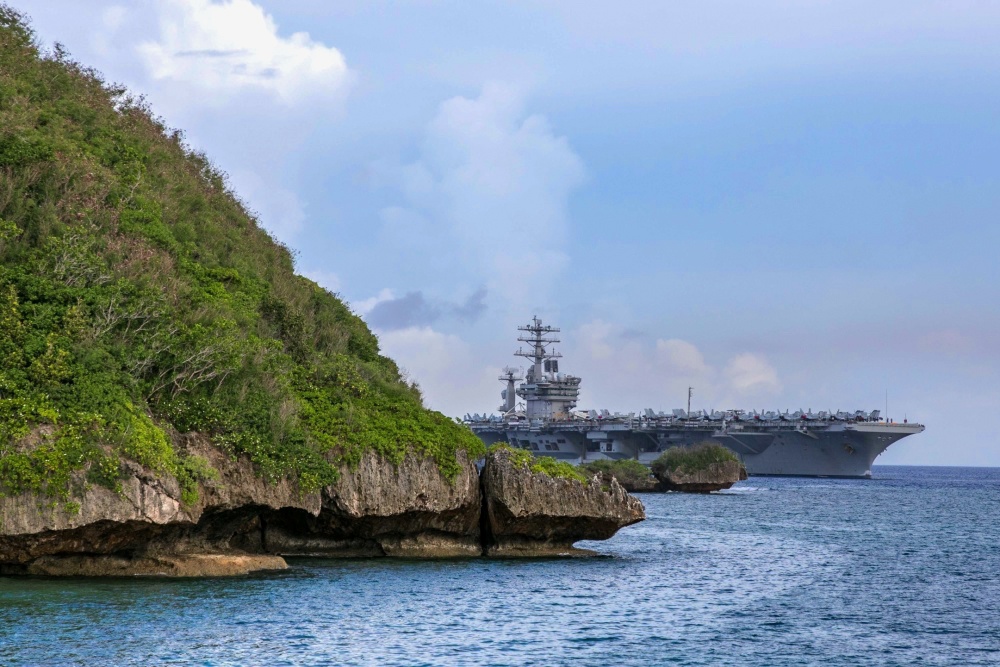 USS Nimitz (CVN-68) passes Point Udall as it enters Apra Harbor prior to mooring at Naval Base Guam for a scheduled port visit on June 24, 2020. US Navy Photo

Carrier USS Nimitz (CVN-68) is currently in port in Guam.

“During Nimitz CSG’s liberty, Sailors and Marines have access to specific designated areas on the pier and a secured beach on base,” reads a Wednesday statement from the carrier.
“With the exception of a few mandatory personnel to ensure the ship’s safe arrival, there will be no interaction with any personnel outside the designated liberty areas. For the docking process, all COVID mitigations will be in place to include social distancing, masks, gloves and minimal interactions.”

“Indiana’s presence here sends a message to our regional allies and partners that the U.S. Navy is here and that we are open for business,” Capt. Ted O’Harrah, commander of Task Force 69, said in a statement.
“During this challenging time, we must ensure we protect the force, while also allowing them to get a much-deserved break in port.”