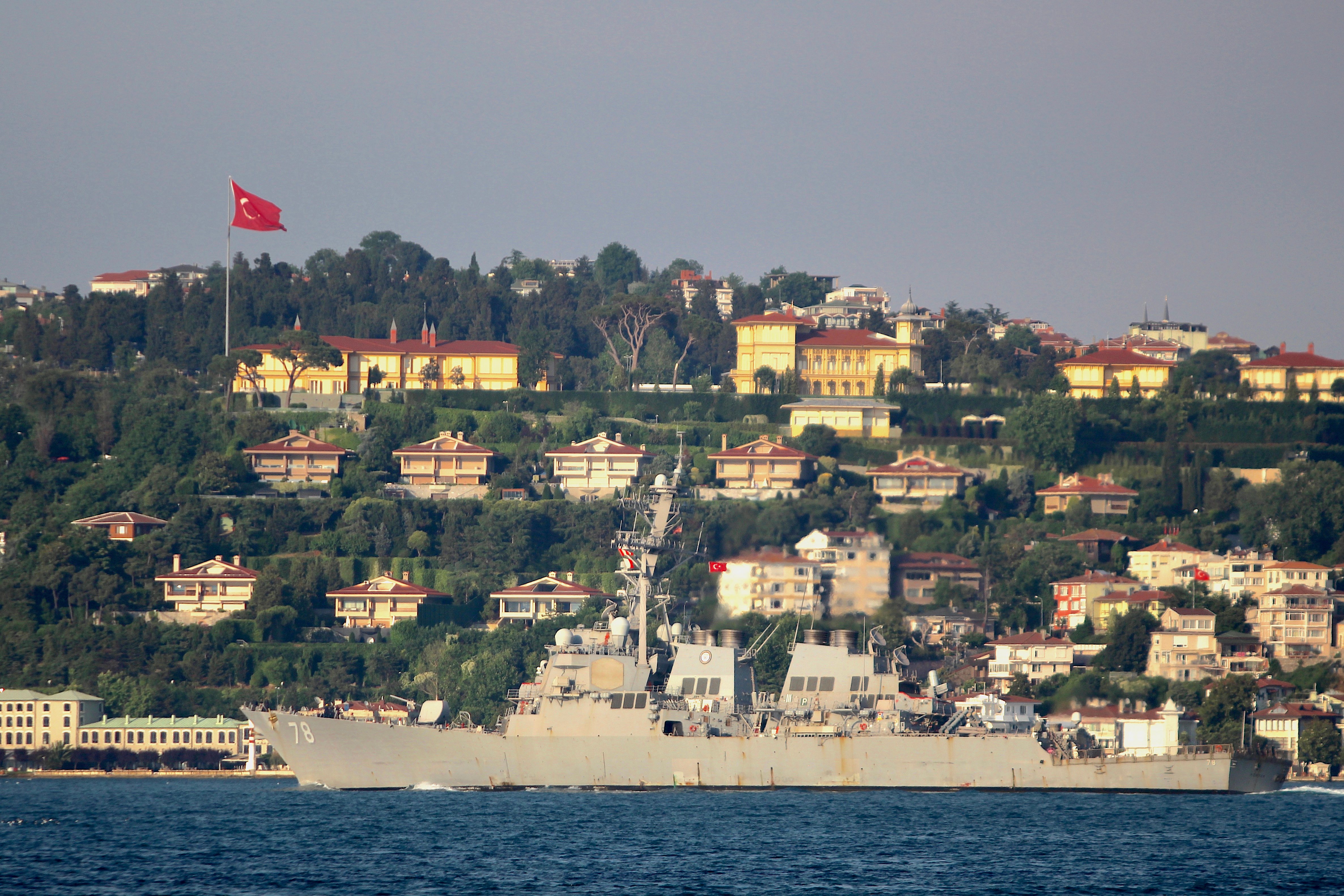 Destroyer USS Porter (DDG-78) began its transit to the Black Sea today, the third time this year a U.S. Navy ship has patrolled there.

Porter will not be making any port calls in the region, rather staying at sea to avoid any potential COVID-19 exposure for the crew, according to a Navy news release. While at sea, the ship will conduct maritime security operations and patrol alongside allies and partners.

“Porter’s presence in the Black Sea is crucial to building a secure maritime environment and ensuring freedom of navigation,” Cmdr. Craig Trent, Porter commanding officer, said in the news release.
“Porter and her crew look forward to operating in the Black Sea alongside our allies and partners in support of mutual maritime interests in the region.”

Under the Montreux Convention rules, nations that do not border the Black Sea are limited in how often they can send ships into the body of water and for how long. The U.S. Navy has previously said it tries to plan its Black Sea operations in coordination with NATO partners, so that the U.S. ships’ 125 allowed days in the Black Sea and NATO ships’ 125 allowed days equate to friendly ships patrolling the waters for about two-thirds of the year.

Porter is based just outside the Mediterranean in Rota, Spain, and is transiting through a series of straits from the Aegean Sea to the Sea of Marmara and then into the Black Sea.