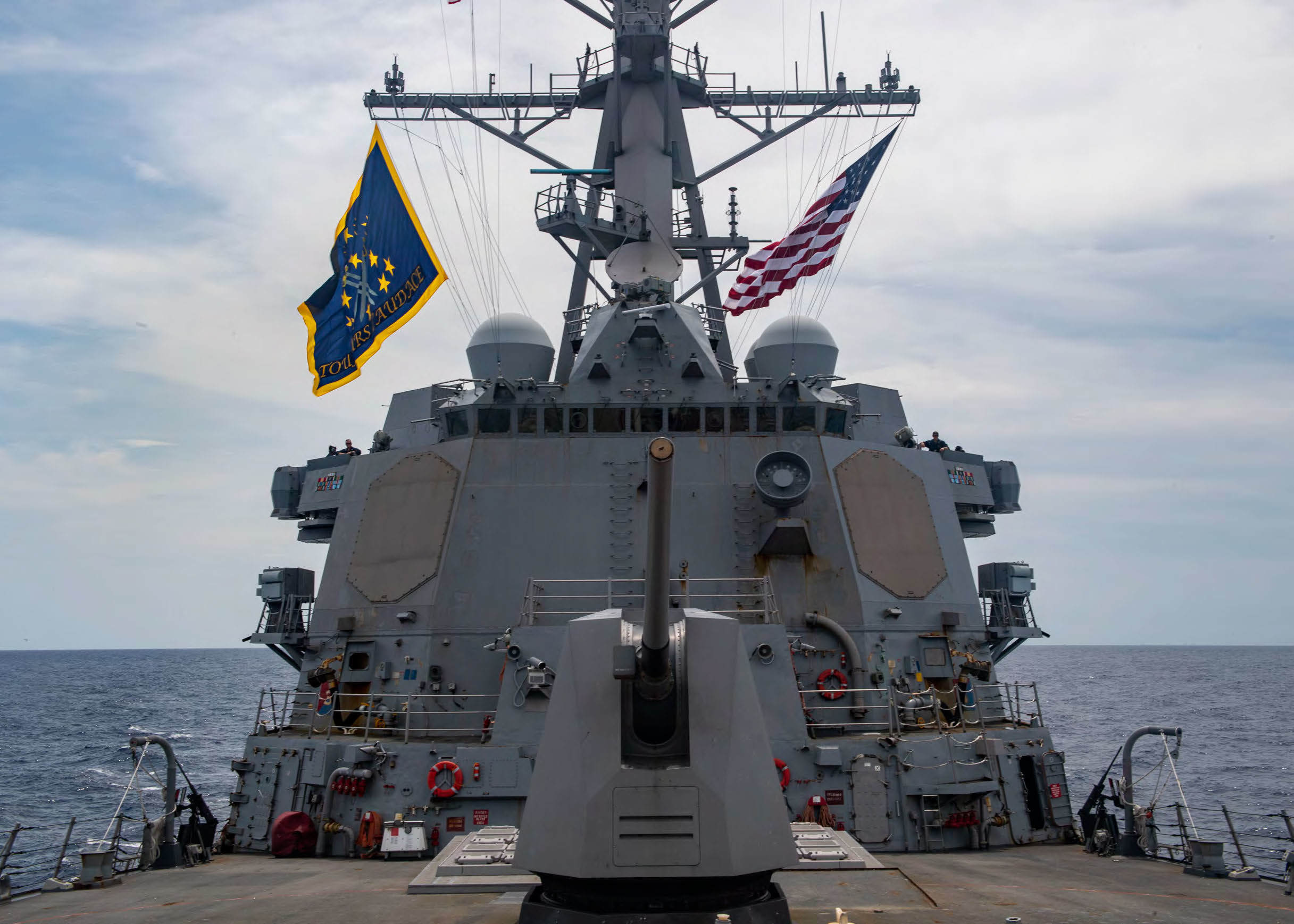 Mustin’s FONOP is the latest in a series of operations this spring designed to counter Chinese encroachment into international or contested waters in the South China Sea.

“A US guided-missile destroyer USS Mustin trespassed into Chinese territorial waters off the Xisha Islands without China’s permission on May 28, 2020,” was how Senior Col. Li Huamin, a spokesperson for China’s People’s Liberation Army, described Thursday’s transit.

The PLA’s Southern Theater Command reportedly scrambled air and naval forces to monitor Mustin‘s transit and to warn-off the U.S. ship, according to Li’s statement.

“The U.S. provocative acts seriously violated the international law and China’s sovereignty and security interests, violated the relevant norms of international law, undermined the peace and stability in the South China Sea region, which were evident embodiment of navigational hegemony,” Li said in his statement.

However, China recently has sent its aircraft carrier Liaoning and accompanying strike group through the Miyako Strait between the Japanese islands of Okinawa and Miyako. The strike group then steamed past Taiwan, according to an account posted by the Japan Times.

“Unlawful and sweeping maritime claims in the South China Sea pose a serious threat to the freedom of the seas, including the freedom of navigation and overflight and the right of innocent passage of all ships,” Maul said. “The U.S. position on the South China Sea is no different than that of any other area around the world where the international law of the sea as reflected in the 1982 Law of the Sea Convention provides for certain rights and freedoms and other lawful uses of the sea to all nations. The international community has an enduring role in preserving the freedom of the seas, which is critical to global security, stability, and prosperity.”

“The United States upholds freedom of navigation as a principle. The Freedom of Navigation Program’s missions are conducted peacefully and without bias for or against any particular country. These missions are based in the rule of law and demonstrate our commitment to upholding the rights, freedoms, and lawful uses of the sea and airspace guaranteed to all nations,” Maul said.