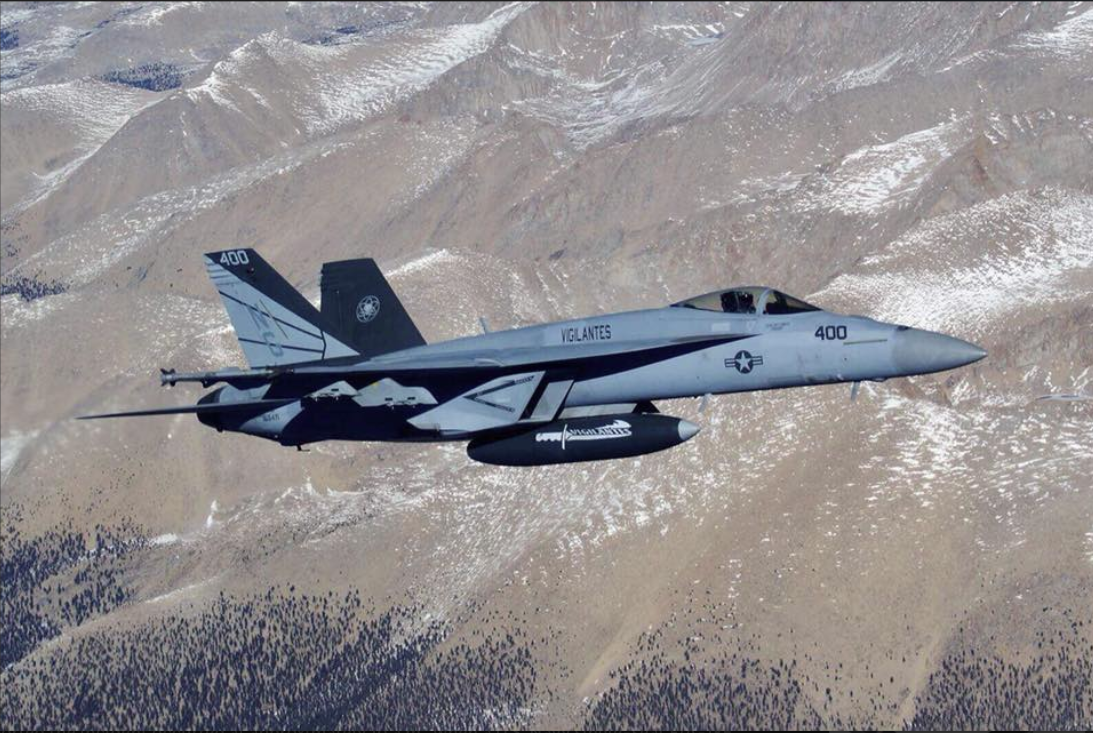 An undated photo of the Super Hornet that crashed on July 31, 2019 into the Rainbow Canyon at the Death Valley National Park. US Navy Photo

An experienced pilot’s split-second lapse in judgment is the likely cause of a 2019 F/A-18E Super Hornet crash in Death Valley National Park, Calif., the Navy concluded in a command investigation obtained by USNI News.

Lt. Charles Walker, 33, was leading a two-fighter low-level training mission through the Rainbow Canyon in the park when his Super Hornet collided into the canyon wall.

Walker, who was posthumously promoted to lieutenant commander, was the training officer for the ”Vigilantes” of Strike Fighter Squadron (VFA) 151, based at Naval Air Station Lemoore; a Top Gun graduate; and the most experienced pilot in his squadron at flying low, according to report.

Navy Times first reported on the results of the investigation.

Walker and his wingman had begun a training mission at NAS Lemoore that would have them take a well-known low-level flying route through the so-called “Star Wars” canyon in the national park. Pilots fly a complex route at high speeds below the lip of the canyon. 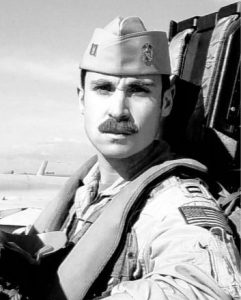 Walker had flown a similar mission the day prior, according to the investigation. However, “on the date of the mishap, he was faster, lower, and accelerating while descending prior to his attempt to cross a ridgeline that was approximately 500 feet higher than the day prior,” reads the report.

Investigators reconstructed the flight path using his wingman’s flight data and GoPro video as well as bystander video. All flight data recorders on Walker’s aircraft were either completely destroyed or too badly damaged following the impact on the canyon wall.

“The aircraft is believed to have entered a flight profile which was too fast and too low with respect to the surrounding terrain. The flight profile created conditions where the processing time and subsequent reaction time required of the pilot made it difficult for the aircraft to exit the canyon safely, as evidenced by the mishap result,” reads the report.

Based on the synthesized information, investigators concluded that Walker was likely attempting to make a turn to follow the route along the canyon, realized he would turn too wide and hit the canyon wall, and at the last moment tried to fly up and out of the canyon. Instead, the Super Hornet hit the side of the Rainbow Canyon at more than 600 miles per hour.

“Based on current information, we will never know what actually occurred,” reads the report.

Walker’s wingman was three seconds behind him on the same route.

“The wingman was in a hard right-hand pull at the time of impact and reversed left to roll wings level when he saw a huge ball of fire extending up in a column of fire and smoke,” reads the report.

Meanwhile, a family of French tourists was at the lip of the canyon near the crash site taking photos.

“Upon impact, the French tourists began to run away from the explosion, but were unable to avoid the blast,” reads the report.

In a translation of a statement to the National Park Service, one of the tourist said, “we were at the edge of the cliff about 25 meters and an airplane [crashed] right into the cliff, it is crashed [into it], we did not see him [eject]… I was farther away than my 6 other partners. I saw the fire and the debris fly toward us. We were all burned severely. We were very scared but we are all alive.”

Some of the tourists were hospitalized for their injuries. It’s unclear if the Navy is compensating the family.

Image from the investigation

“Claims against the Navy, including those for medical expenses, are handled by the Claims and Tort Litigation Division of the Office of the Judge Advocate General of the Navy,” Navy spokesman Lt. Samuel Boyle told USNI News.
“During the period in which a claim can be filed, it would be inappropriate to comment on the receipt or the status of such a claim.”

Ultimately, investigators concluded that Walker was neither “flat-hatting” – flying recklessly and low – nor performing for the military aviation photographers who tend to congregate at the mouth of the canyon near Father Crowley Overlook.

Instead, the investigators’ consensus was, a “brief lapse in judgment can produce catastrophic results.”

In his November endorsement of the investigation, commander of Strike Fighter Wing Pacific Capt. James Bates wrote, “I have directed that the findings of this investigation will be widely shared with all units under my cognizance to underscore the unforgiving and inherently dangerous nature of naval aviation, which requires the finest sense of judgment and control.”

Walker had reported to the squadron in February 2018, shortly after the Vigilantes had returned from a deployment aboard USS John C. Stennis (CVN-74), according to his official Navy biography.

He commissioned in late 2008 shortly before graduating from Embry Riddle Aeronautical University in Florida. He was married with no children.