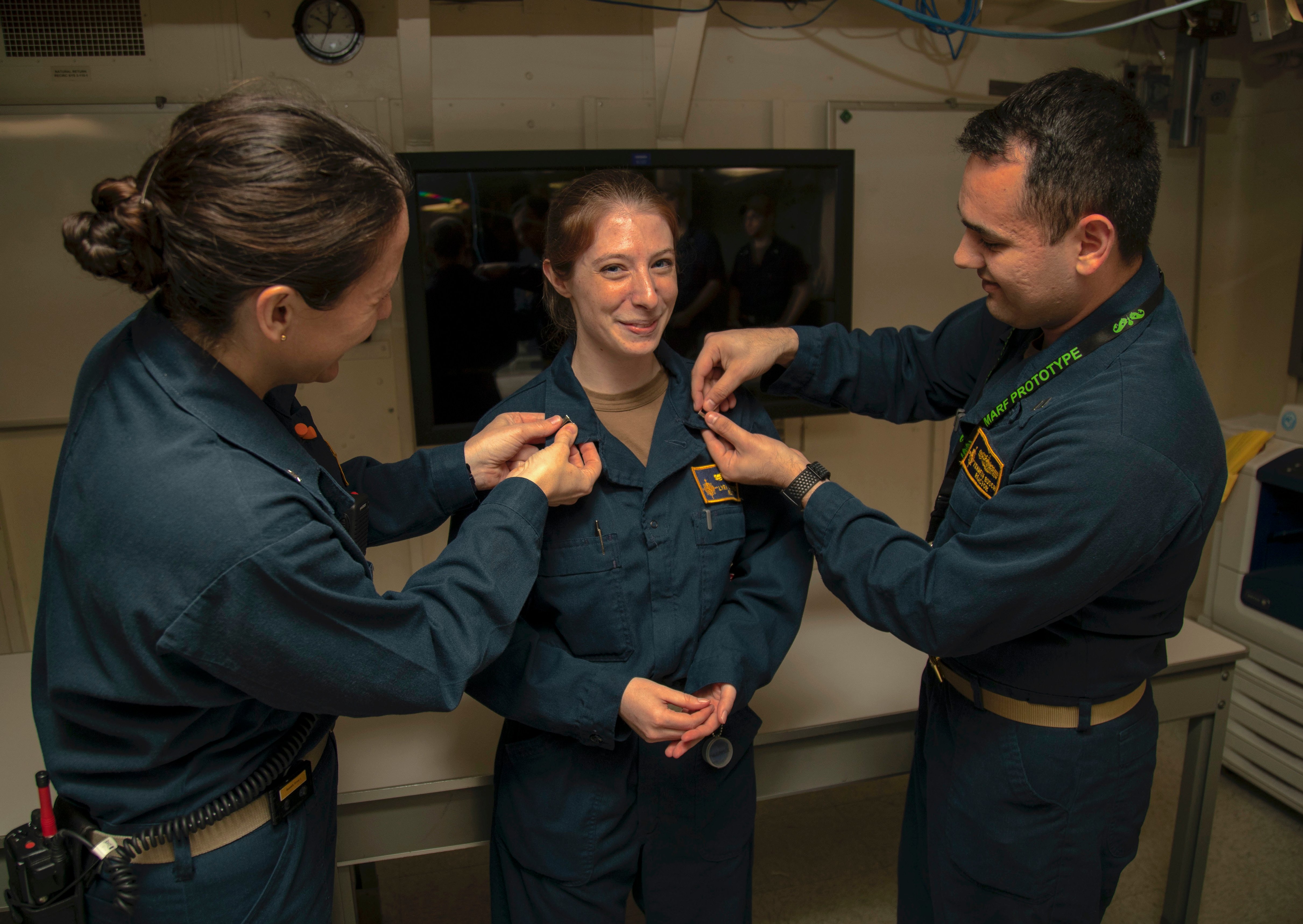 The Navy plans to restart officer promotion boards in July, with some process tweaks in place to mitigate COVID-19 risks, after taking what will be a three-month hiatus during the busy promotions season.

Starting in July, the Navy will reduce the number of people who typically travel to attend promotion and administrative screening boards hosted by the Navy Personnel Command in Millington, Tenn., Vice Adm. John Nowell, the chief of naval personnel, said during a Friday breakfast briefing with reporters.

“When we start the boards back up, we’re going to go to bringing a cohort of board members in and then having them do multiple boards,” Nowell said. “So, we’ll do some boards back-to-back.”

Other protective measures are based on guidance from the Department of Defense and Centers for Disease Control and Prevention guidance. A NAVADMIN released by Nowell details the board process, include pulling board members “from locations that maximize the use of direct flights or individual ground transportation (POV or rental) where practicable.”

However, focusing on populating boards with members from cities with direct flights to and from Memphis – the closest airport to Millington – risks limiting the geographic diversity of board composition. Fleet concentration centers in the Washington D.C. and Chicago metropolitan areas are the only locations where the local airports host direct flight service to Memphis International Airport, according to the airport.

Once those board members convene, details down to even how they eat will be regulated to maximize social distancing and eliminate the need for board members to depart the base in Millington, according to the NAVADMIN. The board dining and conference rooms will be cleaned more frequently, and hand sanitizer will be prominently displayed.

The Navy halted convening promotion boards at its personnel headquarters in Millington on March 24, just as it was in the midst of considering most officer promotions. At the time, the boards stopped meeting to reduce the risk of COVID-19 exposure posed to Navy personnel traveling to and from Millington, Nowell previously stated.

Since March, Nowell’s staff explored various strategies to continue the promotion boards’ work. When possible, the Navy is holding virtual board meetings.

“First of all, we didn’t stop our promotion and advancement process,” Nowell said during the Friday breakfast. “You have statutory promotion boards, and you have administrative screening boards for things like department head, executive officer, commanding officer major command.”

The Navy has some more flexibility with how to convene administrative screening boards, including holding some virtually or with board members who were already located in the same geographic area, Nowell said. Some Navy communities will continue executing milestones and other administrative selection boards using virtual meeting platforms or in locations where board members already are located.

Nowell does not think any officers or enlisted sailors will be disadvantaged by delays or changes to the promotion and screening board processes. If needed, Nowell said the Navy could backdate rank and pay.

“You will see us starting the boards back up here in the beginning of July for the ones we couldn’t do virtually or in another manner,” Nowell said. “And we’ll have them all complete by the end of the calendar year.