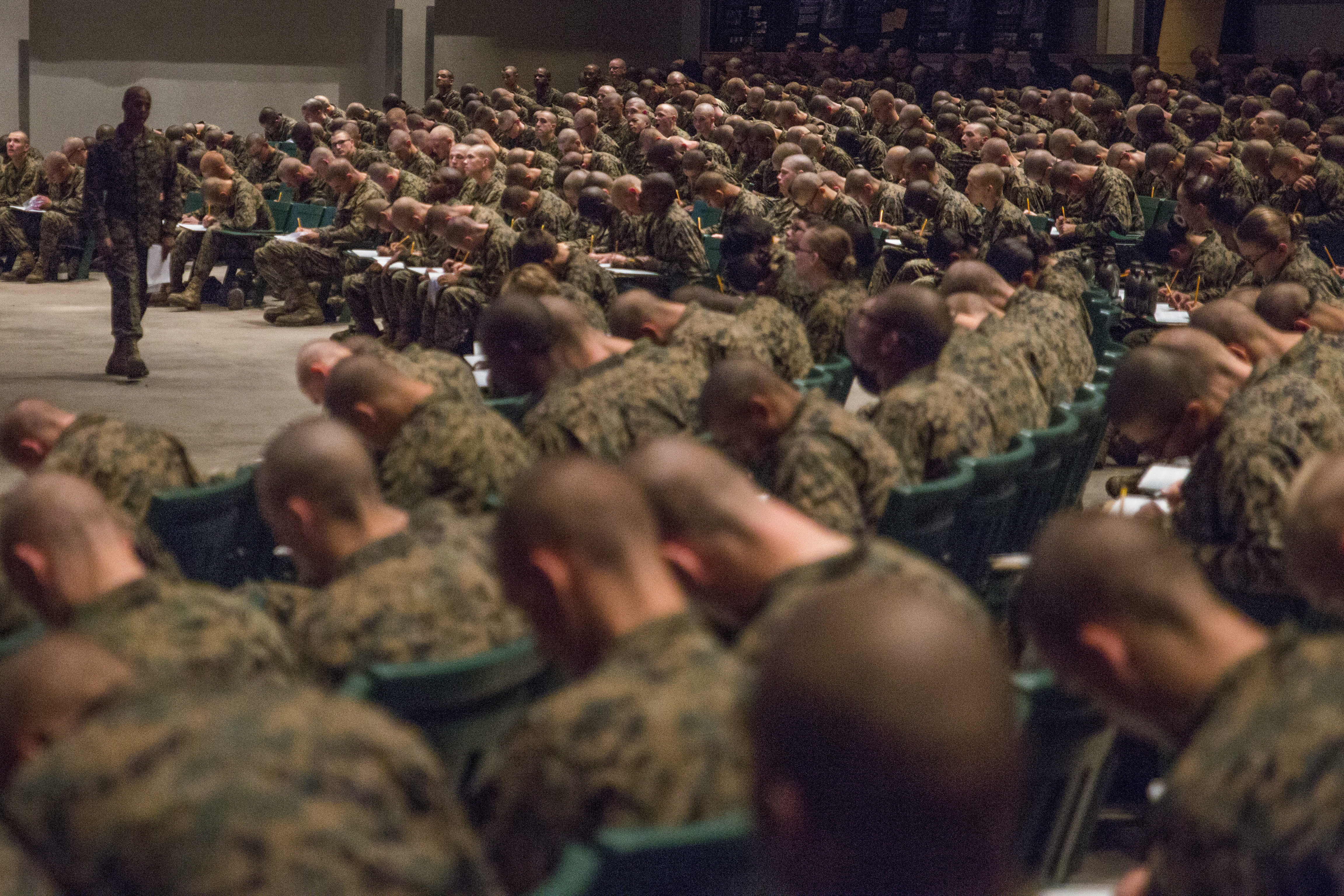 The Marine Corps wants to take learning more seriously, both encouraging the individual warfighter to take on a “personal mission” to read and study more and pushing learning institutions to revamp how they train and teach to have a more lasting impact, the commanding general of Training and Education Command (TECOM) told reporters.

This push to emphasize learning comes as the service released its first-ever doctrinal publication on learning, and as it is about to elevate TECOM to a three-star command to give learning a greater voice during Marine Corps-wide discussions.

TECOM Commanding General Major Gen. William Mullen told reporters today that as the operational environment and the challenges the Marines will face grow more complicated, it will be important that Marines are not only better trained to fight, but also better educated to think through how to handle unexpected situations that could arise.

Citing the writings of Australian Maj. Gen. Mick Ryan, who currently leads the Australian Defence College, Mullen said the Marines can no longer count on having the technological edge in any fight, since technology is developing and proliferating so rapidly. Instead, Marines will have to have an intellectual edge over their adversary. Given that the Marine Corps has shown its hand during the last 20 years of operations in the Middle East, a smart adversary won’t attack where the Marines are the strongest, but instead will seek to attack perceived weaknesses; in that event, Mullen said, Marines will need “intellectual agility” to find novel solutions instead of relying on outdated methods.

Additionally, he said, new operating concepts like Expeditionary Advance Base Operations – which calls for operating small units in a dispersed manner – will force small-unit leaders to make important decisions, potentially without the time or the ability to check-in with higher headquarters first.

“We talk about Marines being able to take intelligent initiative based on a changing situation; that’s the essence of maneuver warfare, and that requires our Marines to be much much smarter than we have been in the past,” Mullen said. “Distributed operations means you’ve got a lot of lower ranking folks making absolutely essential decisions, and they have to be prepared to do that.”

Mullen – who himself has attended the Naval War College, served as president of the Marine Corps University and commanded the Marine Air Ground Task Force Training Center at Marine Corps Air Ground Combat Center Twentynine Palms, Calif. – said the idea to make the rare move of writing a new doctrinal publication came to him while leading force-on-force training at Twentynine Palms. After watching units make decisions about how to fight their forces with limited information available, he said, Australian Maj. Gen. Ryan’s writing on maintaining an intellectual edge resonated. Mullen said he left that job to come to TECOM in the summer of 2018, and he immediately approached Gen. David Berger – then the head of combat development, now the commandant of the Marine Corps – to talk to him about writing a learning doctrine.

After much back and forth between the two generals and their learning-focused role models, ideas turned into an outline that turned into a doctrine that Berger signed out in February. 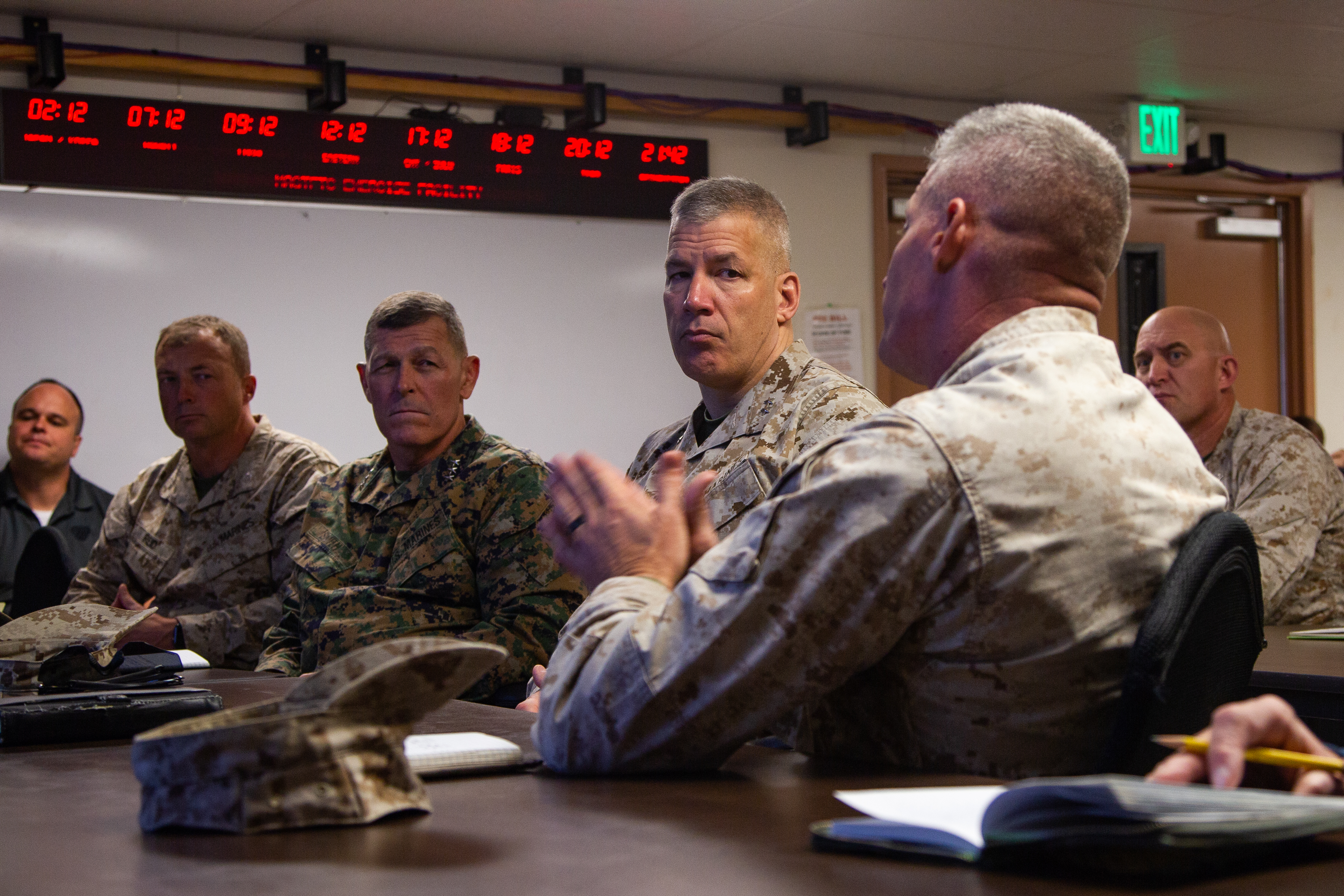 Mullen said it was important for the Marine Corps to think about both training and education – the two lynchpins of his overall “learning” focus.

On the training side, he said the 21st Century Learning initiative is asking schoolhouses to look at how they train and move from an “industrial age” model to an “information age” model of teaching. Mullen said that a large number of students can be moved through the system when teachers stand at a podium and talk at students, who are asked to memorize information and then regurgitate it for a test. But he said the students are more permanently changed by teaching that engages them better, and so schools are now being empowered to experiment with different ways of educating students to achieve better results.

The education side, though, is a little more challenging because formal service-provided education is episodic throughout a military career, and in many ways each individual Marine will have to decide that he or she wants to broaden their horizons and ready and study on their own in between those formal classroom opportunities.

“You can try and make people learn more, read more, get better at studying their profession, but that generally doesn’t work all that well. What works much better is the personal inspiration, understanding the ‘why’ and getting after it as a personal mission to get better and get smarter,” Mullen said.

For himself, “I finish on average about four books a week. I don’t say that to brag; I say that because I’m that concerned that I’m going to run into something I don’t understand in the operating environment. I want to be equal to any task because I’ve thought through things, I’ve read enough about it, I understand what’s going on, at least in the general sense, and I can come up with something that might work instead of standing there looking at it going ‘what the heck do I do now?’ So that’s what I’m trying to emphasize with the Marines is, push off that time when you run into something you don’t understand – and the best way to do that is studying your profession.”

Mullen last year wrote a Marine Corps Gazette article on this topic of personal professional education. In the article, Mullen included a book list, with five books each in a variety of categories – including a novice category for those who still aren’t hooked on reading. Mullen said he’d encourage Marines to use that as a starting point if they don’t know how to begin this personal mission to grow smarter and more thoughtful in their approach to Marine Corps service.