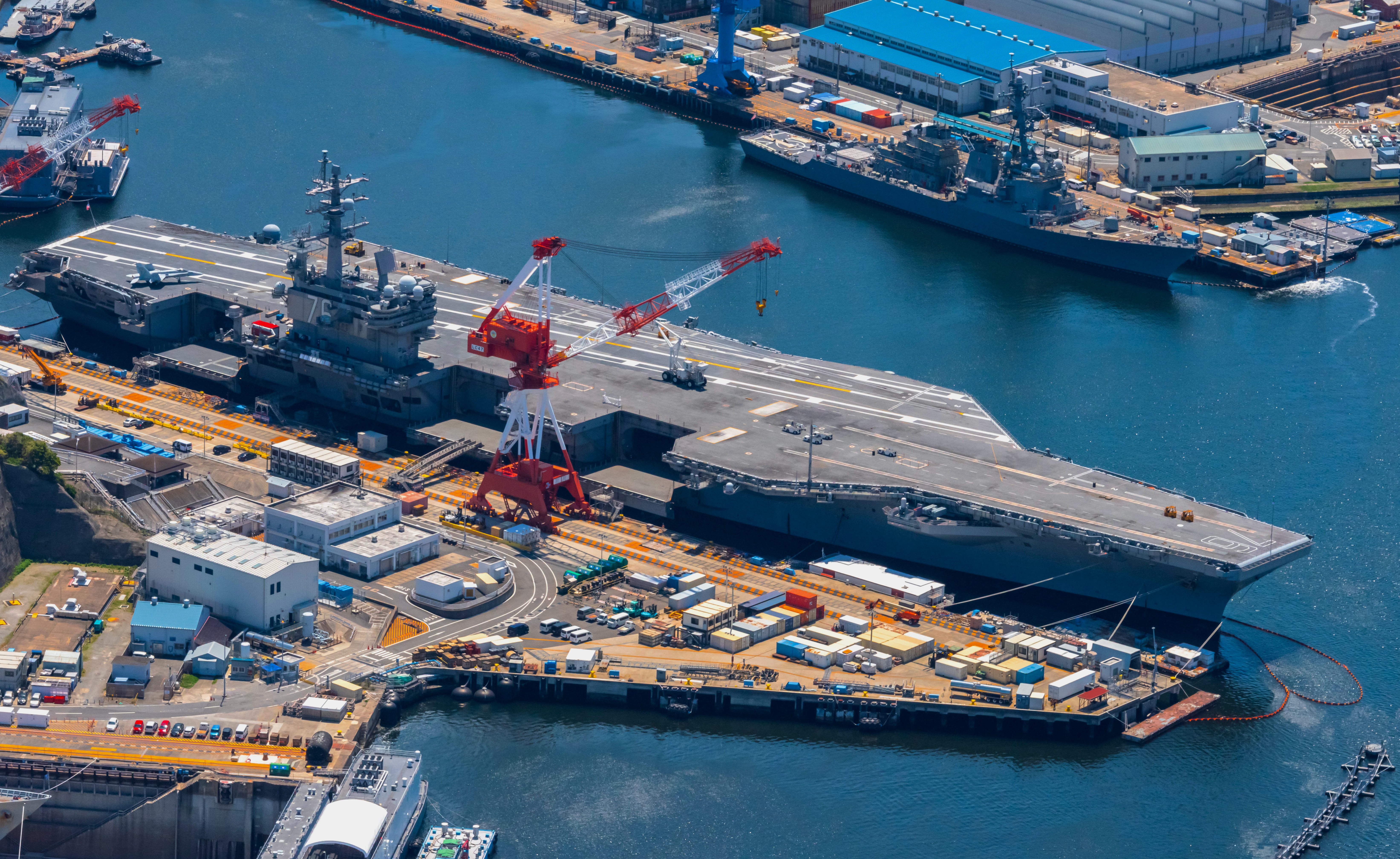 The U.S. aircraft carrier forward deployed to Japan is back at sea for trials after its annual repair period and ahead of its spring patrol in the Western Pacific, USNI News has learned.

USS Ronald Reagan (CVN-76) left on Monday from its berth in Yokosuka following an extended quarantine period for the crew of the carrier, as well as its escorts, as part of the Navy’s attempts to keep the COVID-19 virus off of the carrier, service officials confirmed to USNI News earlier this week.

Like the West Coast Nimitz Carrier Strike Group, Task Force 70 ordered the crew into a restriction of movement (ROM) period in Japan ahead of the sea trials. At the conclusion of the ROM period, U.S. 7th Fleet discovered several asymptomatic positive COVID-19 sailors in the quarantined crew and kept them off the carrier. The Navy did not disclose the number of cases, but The New York Times reported there have been at least 16 positive cases from sailors assigned to Reagan.

The quarantine period ahead of deployment is one of the lessons the Navy is absorbing from the outbreak on USS Theodore Roosevelt (CVN-71) that has sidelined the carrier in Guam since March 27. The carrier reported more than 1,000 positive cases stemming from what started out as just a handful of infected sailors. Curbing infections on deployed ships has become a top priority for the Navy. 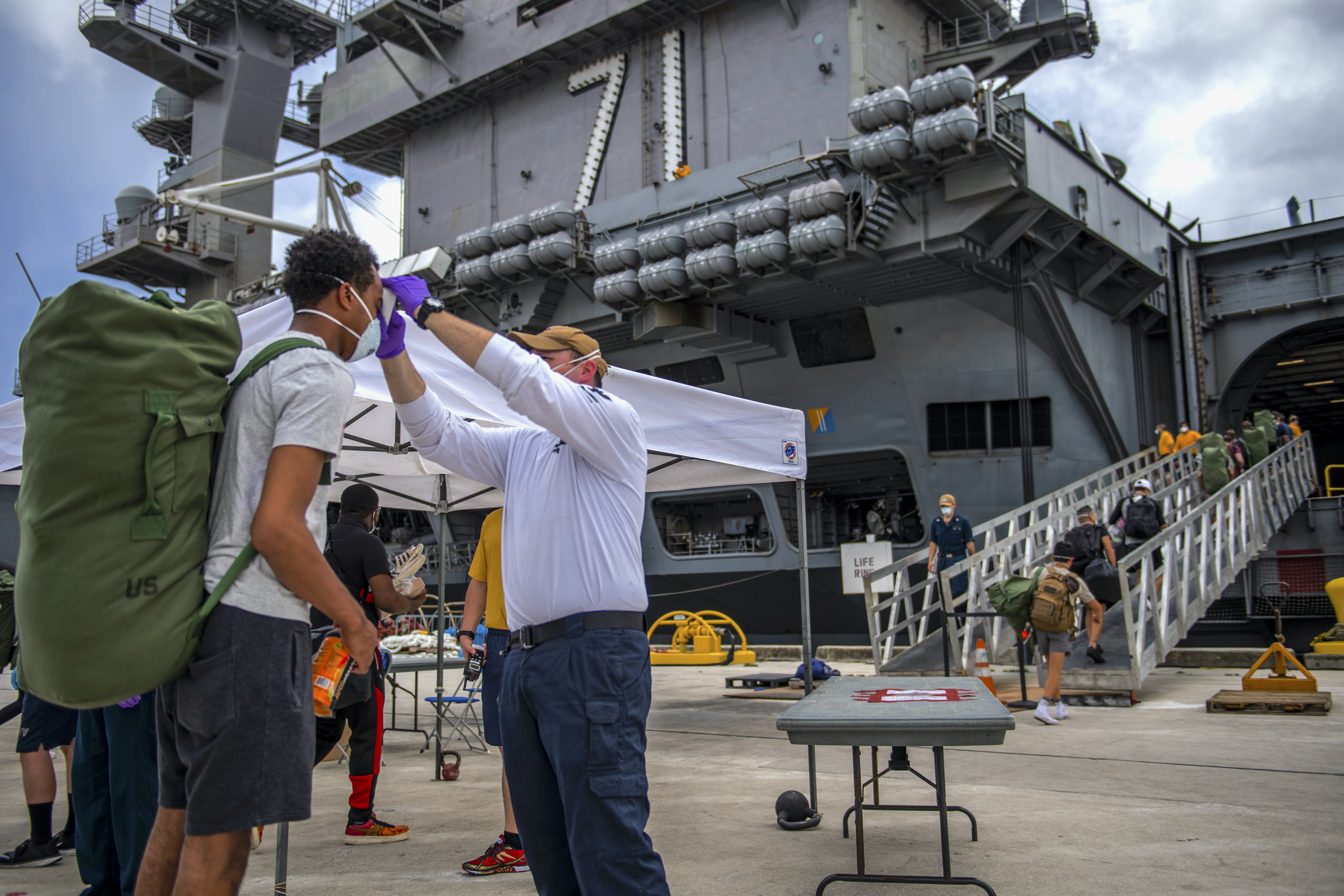 The underway comes as senior leaders have warned of increased Chinese military activity in the South China Sea.

“We continue to see aggressive behavior by the PLA in the South China Sea, from threatening a Philippine Navy ship to sinking a Vietnamese fishing boat and intimidating other nations from engaging in offshore oil and gas development,” Secretary of Defense Mark Esper told reporters at the Pentagon on Tuesday.

Additionally, while Roosevelt was pier-side in Guam, amphibious warship USS America (LHA-6) operated off the coast of Malaysia near a mineral claim dispute between Jakarta and Beijing.
Following the completion of sea trials, Reagan will begin its Western Pacific patrol.

“I think it means a lot not only to our sailors of our strike group but also to our nation as a whole and our partners and allies that we get Reagan back to sea and back out on deployment where she belongs,” Task Force 70 Commander Rear Adm. George Wikoff told Stars and Stripes on Friday.