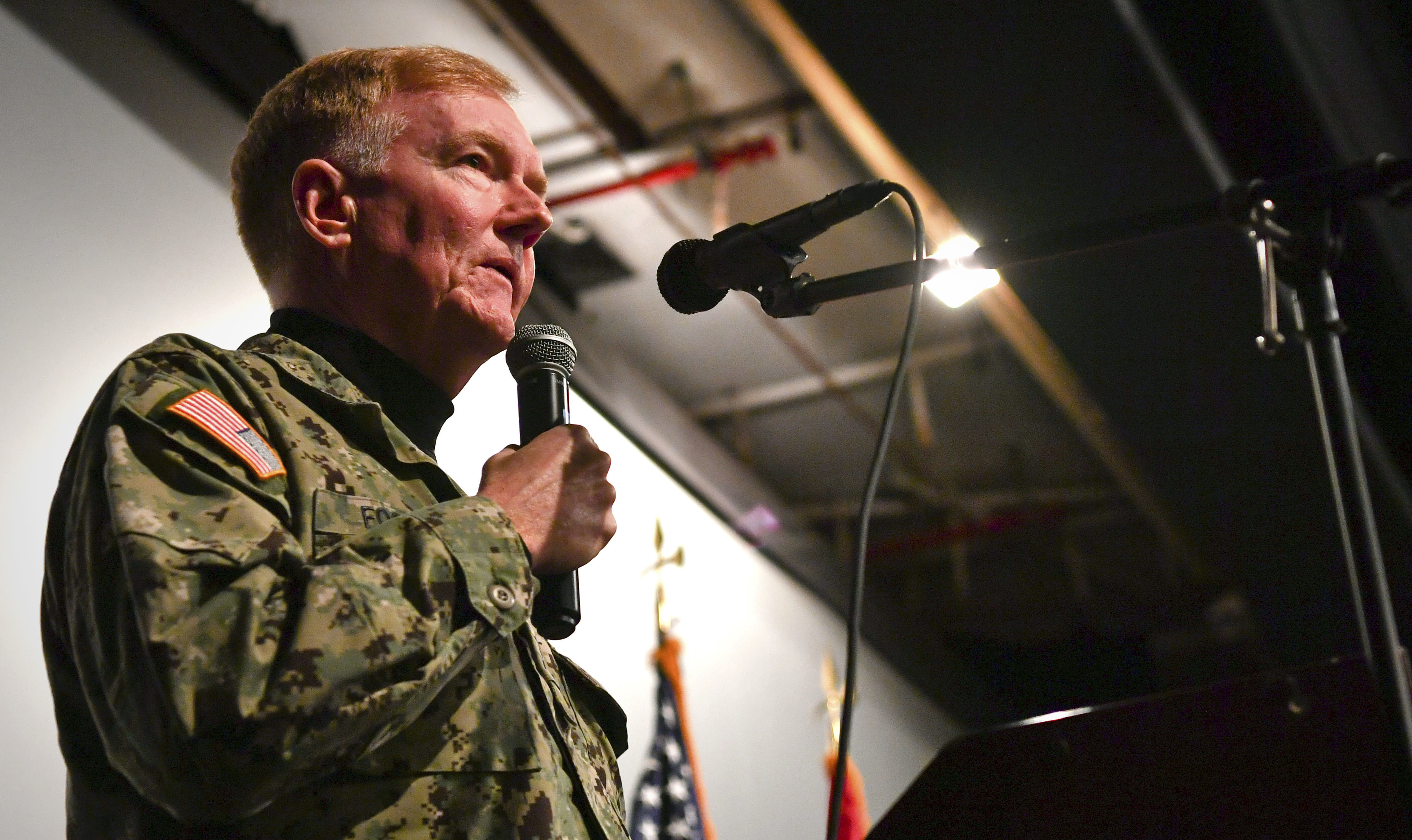 The U.S. military is must capture its COVID-19 infection data now for use when prepping for the next pandemic, the head of U.S. naval forces in Europe and Africa said Thursday.

The current COVID-19 pandemic represents a new warfare domain where the fight is against germs, an unseen enemy proving to be just as lethal as any standing military the U.S. could face, Adm. James Foggo said while addressing the U.S. Naval Institute’s annual meeting.
“You can’t eradicate the virus, but you can contain it,” Foggo said. “So that’s what we’re trying to do. We’re trying to contain it, keep it off our ships and keep our ships operating.”

Fighting the pandemic is requiring the military, and much of society, to vastly change operating procedures, creating a world without large group gatherings and restricting travel. For example, the Naval Institute’s meeting was held entirely online, with Foggo speaking from his headquarters in Naples, Italy.

The Navy and Pentagon leadership are continually refining their COVID-19 strategy, following the advice of medical professionals who continue to learn how the virus spreads and can be contained. These lessons, Foggo said, will prove invaluable the next time such a sickness arises. Before then, the military must apply its lessons learned to exercises.

“We need be prepared to start having our own GERMEXES, just like the tabletop exercises that we conduct today and COMPTUEXs for carrier strike groups,” Foggo said.

A century ago, the 1918 influenza pandemic killed up to 50 million, according to some analysts, Foggo said. The garrisoning and transport of troops to and from World War I greatly contributed to virus’s spread. Foggo said the reaction to COVID-19 has been better than what occurred in 100 years ago, but parallels exist.

“Eventually, we’re going to have a vaccine and get to immunity,” Foggo said. “But there will be another pandemic after this.”

A future GERMEX should include allies, focus on force protection and become part of the military’s normal routine. Plans for defending against a pandemic need to be developed and then tested. At the same time, planners need to account for maintaining a presence in the other warfighting domains.

“No matter how tough this thing is, we just can’t let our guard down,” Foggo said. “Our other adversaries are not going to take a knee.”

“We’re seeing the importance of presence as we work together to fight the coronavirus pandemic,” Foggo said. “Countries look to America for help and leadership.”

For the time being, Foggo said the U.S. military needs to accept it will operate with the pandemic. Doing so presents challenges. Getting enough personal protective equipment, test kits and ventilators delivered to medical personnel took some time to ramp up. But this is the type of lesson that Foggo said, once learned, can be applied to future plans.

“Once you go through something like this, you don’t forget it,” Foggo said. “I think we’ll be much better prepared and that needs to part of the new normal.”