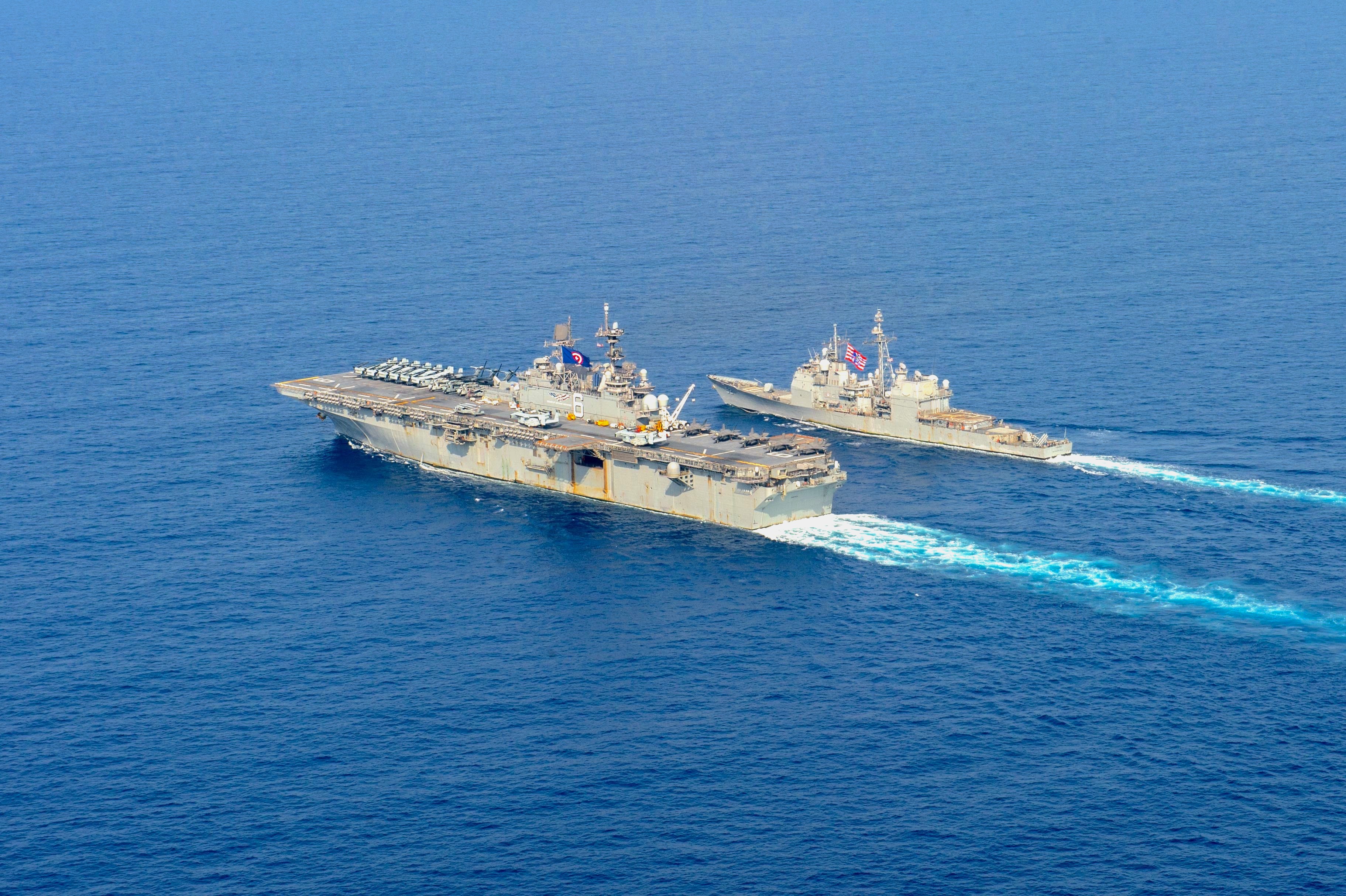 Beijing is downplaying the presence of U.S. warships operating near an international maritime dispute between China and Malaysia in the South China Sea, Chinese officials said during a Tuesday briefing with reporters.

On Monday, USNI News first reported USS America (LHA-6) was operating in the vicinity of the site of a tiff between China and Malaysia over mineral-rich territory in Malaysia’s Exclusive Economic Zone. The region has been marked by the increased presence of naval and paramilitary ships from China, Vietnam and Malaysia since Malaysian drillship West Capella began exploring the region in October. Currently, the Chinese survey ship Haiyang Dizhi 8 has been operating in Malaysia’s EEZ since April 16 with an escort of China Coast Guard vessels.

Chinese officials typically call out U.S. actions in the South China Sea that conflict with Beijing’s interests. However, during a Tuesday press conference, the foreign ministry presented a toned-down response to questions about U.S. ships near the territorial dispute.

For its part, the U.S. issued a statement against the Chinese operations in the region.

“The United States is concerned by reports of China’s repeated provocative actions aimed at the offshore oil and gas development of other claimant states,” the U.S. State Department said in a statement over the weekend. China “should cease its bullying behavior and refrain from engaging in this type of provocative and destabilizing activity.”

On Tuesday, the U.S. Navy announced that America was operating with guided-missile cruiser USS Bunker Hill (CG-52) in the South China Sea, in a statement to USNI News.

“USS America (LHA-6) and USS Bunker Hill (CG-52) are forward-deployed to the region and are currently operating in the South China Sea,” U.S. Indo-Pacific Command spokeswoman Lt. Cmdr. Nicole Schwegman said in a statement to USNI News.
“Through our continued operational presence in the South China Sea, we are working with our allies and partners to promote freedom of navigation and overflight, and the international principles that underpin security and prosperity for the Indo-Pacific. The U.S. supports the efforts of our allies and partners to determine their own economic interests.”

America and Bunker Hill are operating in concert, with the cruiser serving as an air defense escort for the amphibious warship. Guided-missile destroyer USS Barry (DDG-52) is also operating in the region.

America was recently seen operating with at least five Marine F-35B Lightning II fighters as well as MV-22Bs tiltrotors and CH-53 helicopters as part of the typical Marine air combat element configuration aboard the amphibious warship.