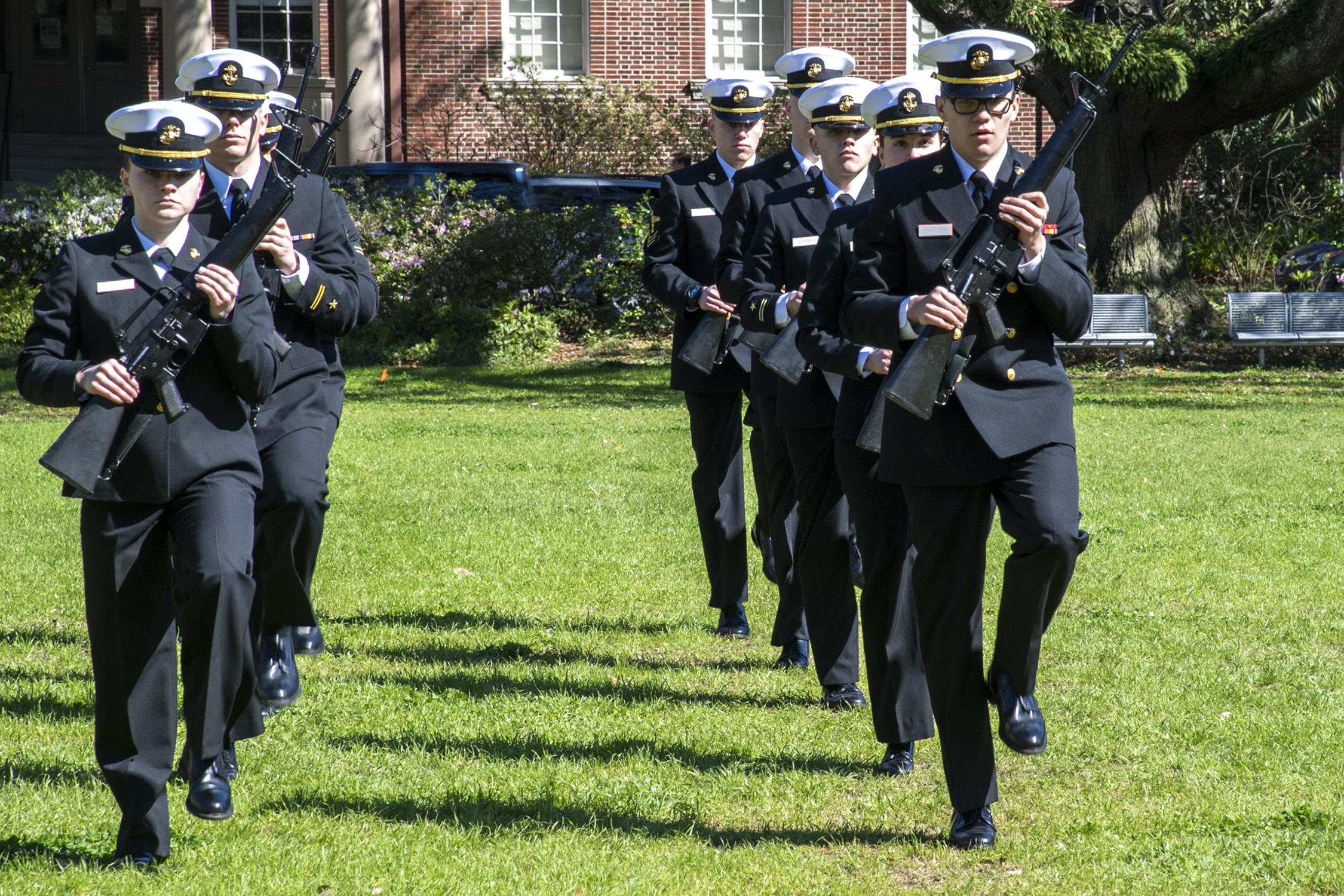 With the Pentagon restricting force movements to stop the spread of COVID-19, Navy training officials are trying to figure out how to get roughly 4,000 midshipmen from college Reserve Officer Training Corps programs out to commands for summer cruises.

The summer cruises expose prospective officers to Navy and Marine Corps life and are required parts of their training to be commissioned.

The Navy’s priority is the safety of personnel and ensuring the health and welfare of personnel is driving all decisions as the Navy weighs options for the summer, Lt. Cmdr. Frederick Martin, a Naval Service Training Command spokesman, told USNI News.

“We are continuing to evaluate the impacts of COVID-19 on our Naval ROTC summer training and will make decisions on a case-by-case basis,” Martin said. “No final decisions have been made at this time.”

The summer training determination will reflect travel, training, restriction of movement and any other guidelines from the Department of the Navy and Department of Defense, Martin said.

“This is an unprecedented situation, and we will continue to evaluate and adapt our training as needed as we learn more,” Martin said.

The hope is to still conduct summer cruises. However, if the cruises can’t occur, Martin said, “we’re going to have to look at a waiver.”

Midshipmen start Navy ROTC summer training before entering their freshman year of college for new student indoctrination. The summer between freshman and sophomore years involves roughly four weeks of training with the Marine Corps, surface, submarine and aviation communities. Once midshipmen select a community, subsequent summers include spending more extended amounts of time with commands, including time at sea, if available.

For example, midshipmen who are selected to attend aviation training often spend a summer aboard a carrier and their cruise includes flight time, if feasible. Some midshipmen are selected to train overseas as part of an exchange program with foreign navies.

For prospective Marines, who drill with Navy ROTC programs at their schools, their summer training includes Officer Candidate School. The summer cruises for Navy midshipmen entering their senior year are considered a required part of their training, Martin said.

Currently, more than 160 colleges and universities either host Navy ROTC units or have a cross-town enrollment agreement with a host university, according to the Navy.

With many schools employing distance learning, Martin said the Navy ROTC coordinators for the schools are working with students to ensure they complete their required Navy courses.