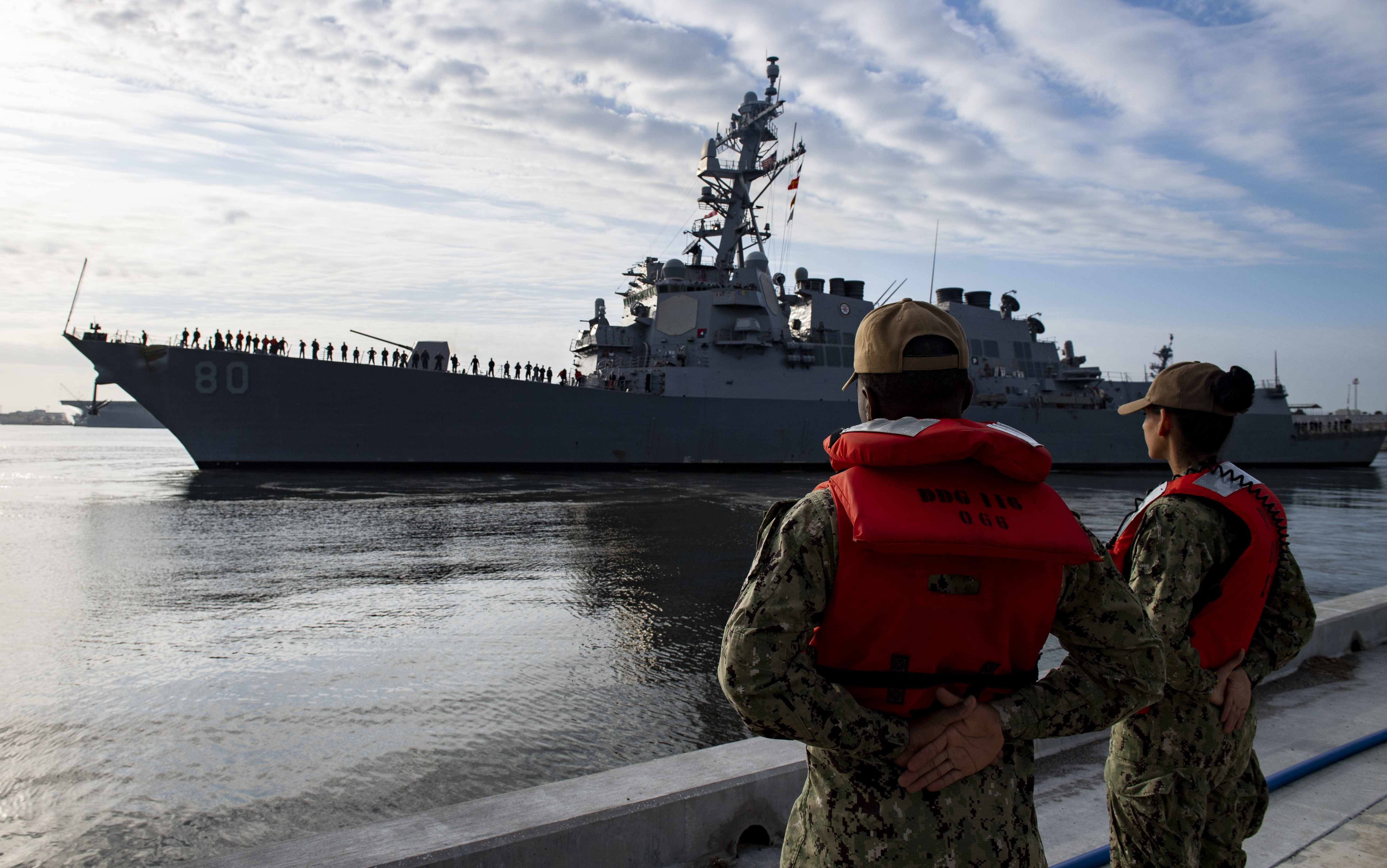 Roosevelt is replacing USS Carney (DDG-64) as one of four forward-deployed U.S. warships in Spain. Carney has been forward-deployed to Rota for the past five years. While based in Rota, Carney made several trips into the Black Sea as part of its regular patrols of the region.

“My crew is excited and proud to execute this homeport shift to Rota,” Cmdr. Matthew Molmer, the commanding officer USS Roosevelt, said in a statement. “The hard work, dedication and sheer level of effort put forth by my crew over the previous year will ensure delivery of a combat-ready ship, with a battle-minded crew to the forefront of Naval Forces forward-deployed to Rota, in support of 6th Fleet Operations.”

The Arleigh Burke-class destroyers are a critical part of the U.S.-led Aegis ballistic missile defense (BMD) program carried out by the Missile Defense Agency in the Mediterranian Sea and the Atlantic Ocean. Spain is among the nations with ships equipped with the Aegis combat system.

The U.S. military also started installing Aegis Ashore systems on the continent, in Romania and Poland. The Romanian site is operational, but the site in Poland has hit construction-related delays. The Polish system was supposed to be operational in 2018. Missile Defense Agency doesn’t expect the Polish system to be certified operational until 2022, MDA Director Vice Adm. Jon Hill told lawmakers during a March 12 hearing.

Last June, the Navy unveiled plans to start cycling the forward-deployed Arleigh Burke destroyers from Rota back to the U.S. The destroyers being sent to Rota would all be newer, with more advanced combat systems, such as those on Roosevelt.