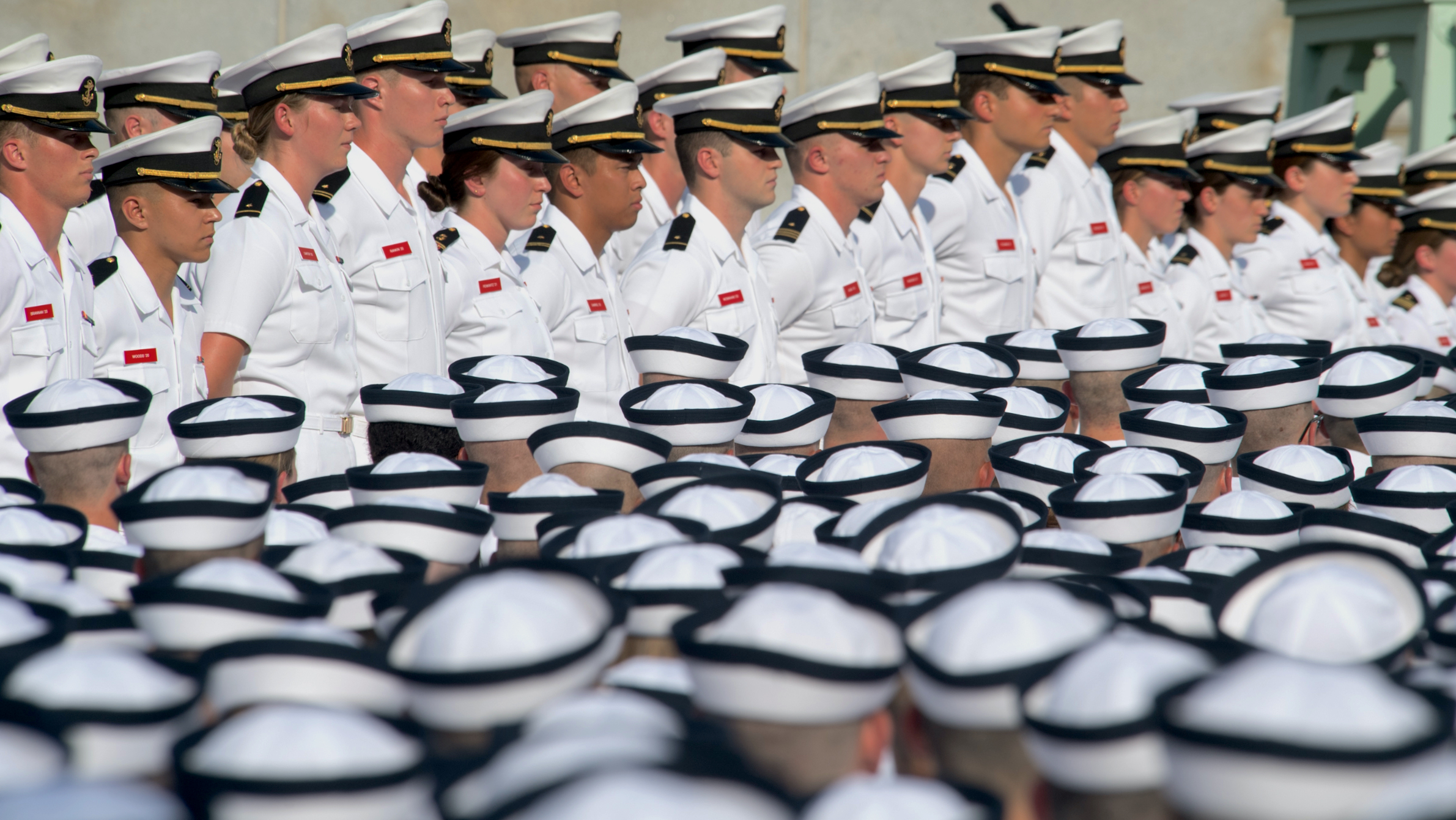 United States Naval Academy welcomes the incoming Midshipmen 4th Class, or plebes, of the Class of 2023 during Induction
Day 2019. US Navy Photo

A U.S. Naval Academy midshipman has tested positive for the COVID-19 virus, according to a Monday release from the service.

The midshipman tested positive on Sunday and had been on leave from the Naval Academy since March 6, USNI News understands.

“The midshipman is currently self-quarantined at their home of record and is receiving supportive and medical care in accordance with the Centers for Disease Control and Prevention,” read the statement.
“Personnel with whom the individual has had close contact with have been notified and are in self-isolation.”

The midshipman is the second COVID-19 cases reported from the Naval Academy.

A civilian employee, who had also been away from the Naval Academy since the start of the service academy’s spring vacation, also tested positive for the virus.

“USNA is committed to taking every measure possible to protect the health of our force,’ read a Friday statement from the Navy.
“We remain in close coordination with state and federal public health authorities to ensure the well-being of our personnel and local population.”

In a March 18, memo to the midshipmen, superintendent Vice Adm. Sean Buck ordered the 4,000 members of the brigade to observe the Department of Defense stop movement order and to begin online courses.

“At this point, there is simply too much uncertainty with this virus and the associated risk to bring the brigade back,” Buck wrote.

On Monday, the Navy announced a sailor assigned to the Boston University ROTC unit had tested positive for COVID-19

News of the USNA and BU cases comes as the virus has spread across the fleet from installations coast to coast and in Italy.

Two more sailors in U.S. Pacific Fleet have tested positive for the virus. One sailor was assigned to Naval Base Bremerton, Wash., the second to a ship in San Diego.

The service did not say to which ship the San Diego sailor was assigned. The Navy reported previously sailors on Pacific Fleet ships USS Boxer (LHD-4), USS Ralph Johnson (DDG-114) and USS Coronado (LCS-4) have tested positive for COVID-19. USNI News understands all of the ships are currently pier-side and there has yet to be a report of a case of COVID-19 on a deployed ship.

In total, 17 sailors assigned to ships in the Pacific Fleet have been found to have the virus as of Monday.

In a Sunday statement, a U.S. Pacific Fleet spokesman said the command would no longer be releasing the names of ships effected, “as a matter of operational security.”

According to a statement from U.S. 7th Fleet, the Navy has begun infectious disease testing in a limited capacity underway aboard USS America (LHA-6) and carrier USS Theodore Roosevelt (CVN-71).