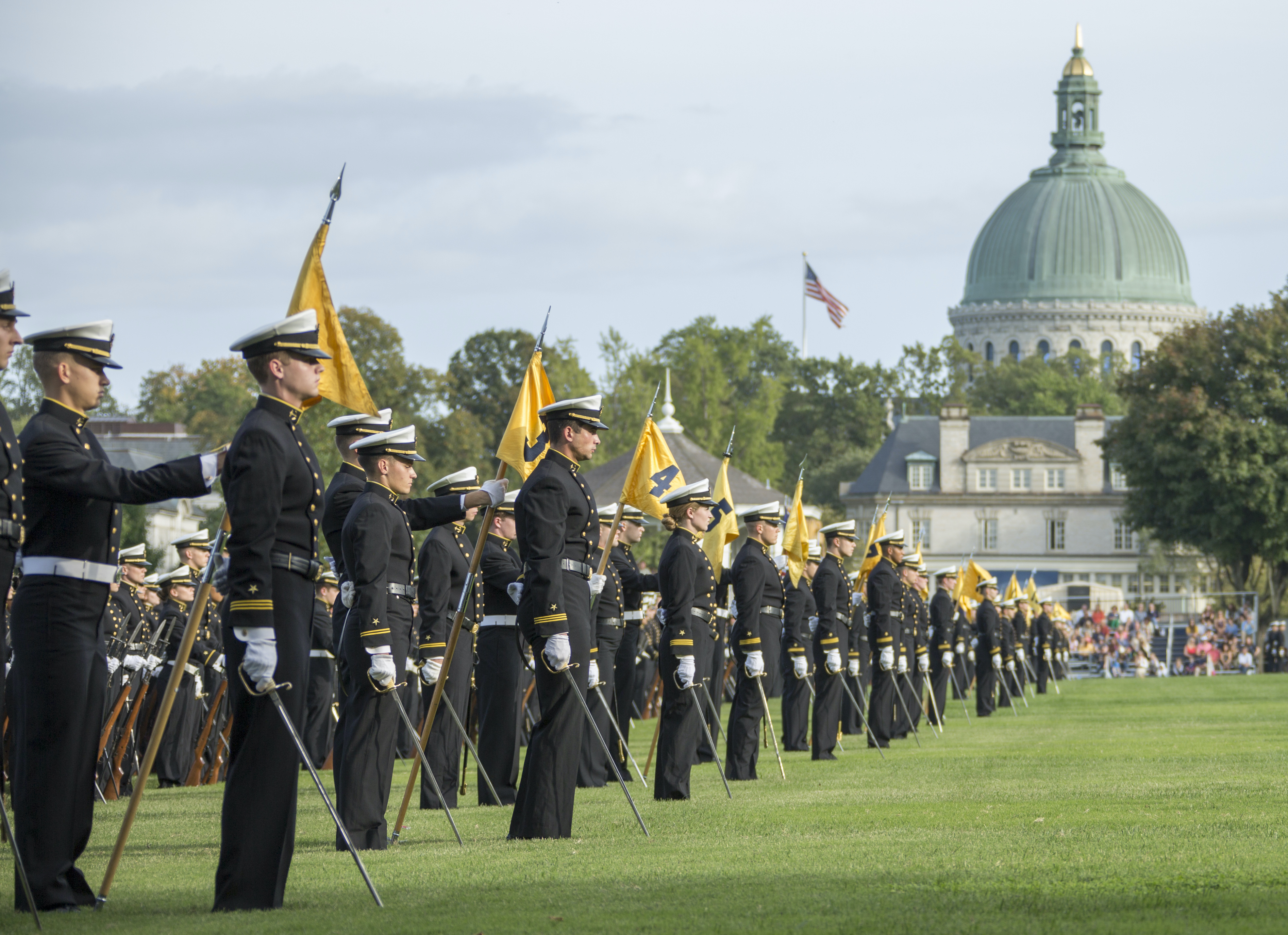 Midshipmen with the U.S. Naval Academy (USNA) stand at parade rest during the Second Class Parents Weekend Formal Dress Parade at the USNA, Annapolis, Md., on Oct. 7, 2016. US Navy Photo

A civilian employee of the U.S. Naval Academy tested positive for the COVID-19 virus, the Navy announced late Friday.

The employee is currently in isolation at their home while Maryland public health officials conduct a contact investigation to see if others at the service academy were exposed.

The Annapolis Capital Gazette reported the employee had not been at the Naval Academy since March 6, the start of USNA’s spring break.

Report of the infection comes as the academy has instituted distance learning policies and keeping midshipmen from returning to the yard.

“USNA is committed to taking every measure possible to protect the health of our force,’ read a statement from the Navy.
“We remain in close coordination with state and federal public health authorities to ensure the well-being of our personnel and local population.”

In a March 18, memo to the midshipmen, superintendent Vice Adm. Sean Buck ordered the 4,000 members of the brigade to observe the Department of Defense stop movement order and to begin online courses.

“At this point, there is simply too much uncertainty with this virus and the associated risk to bring the brigade back,” Buck wrote.

On the West Coast, two more sailors assigned to separate ships in San Diego, Calif., have tested positive for COVID-19, the service announced on Friday.

The sailors are now isolated off the ship and “personnel who were immediately identified as having close contact with these sailors have been notified, placed in a restriction of movement status at their residences off the ship and are being monitored,” the Navy said.

The service did not say to which ships the sailors were assigned. The Navy reported previously sailors on Pacific Fleet ships USS Boxer (LHD-4), USS Ralph Johnson (DDG-114) and USS Coronado (LCS-4) have tested positive for COVID-19. USNI News understands all of the ships are currently pier-side and there has yet to be a report of a case of COVID-19 on a deployed ship.

The Navy issued instructions to prevent the spread of the disease aboard ships in port.

Ships underway in Europe and the Pacific are observing a 14-day period at sea between port calls as a preventative measure to limit the spread of the virus.

“The staff member presented symptoms March 18, was tested for COVID-19 at Baptist East Memorial Hospital in Memphis, Tenn., and was immediately directed to self-quarantine,” the Navy said on Friday.

All told, the Navy has reported more than a dozen cases of COVID-19 from installations in Hawaii, California, Washington state, Virginia and Italy.