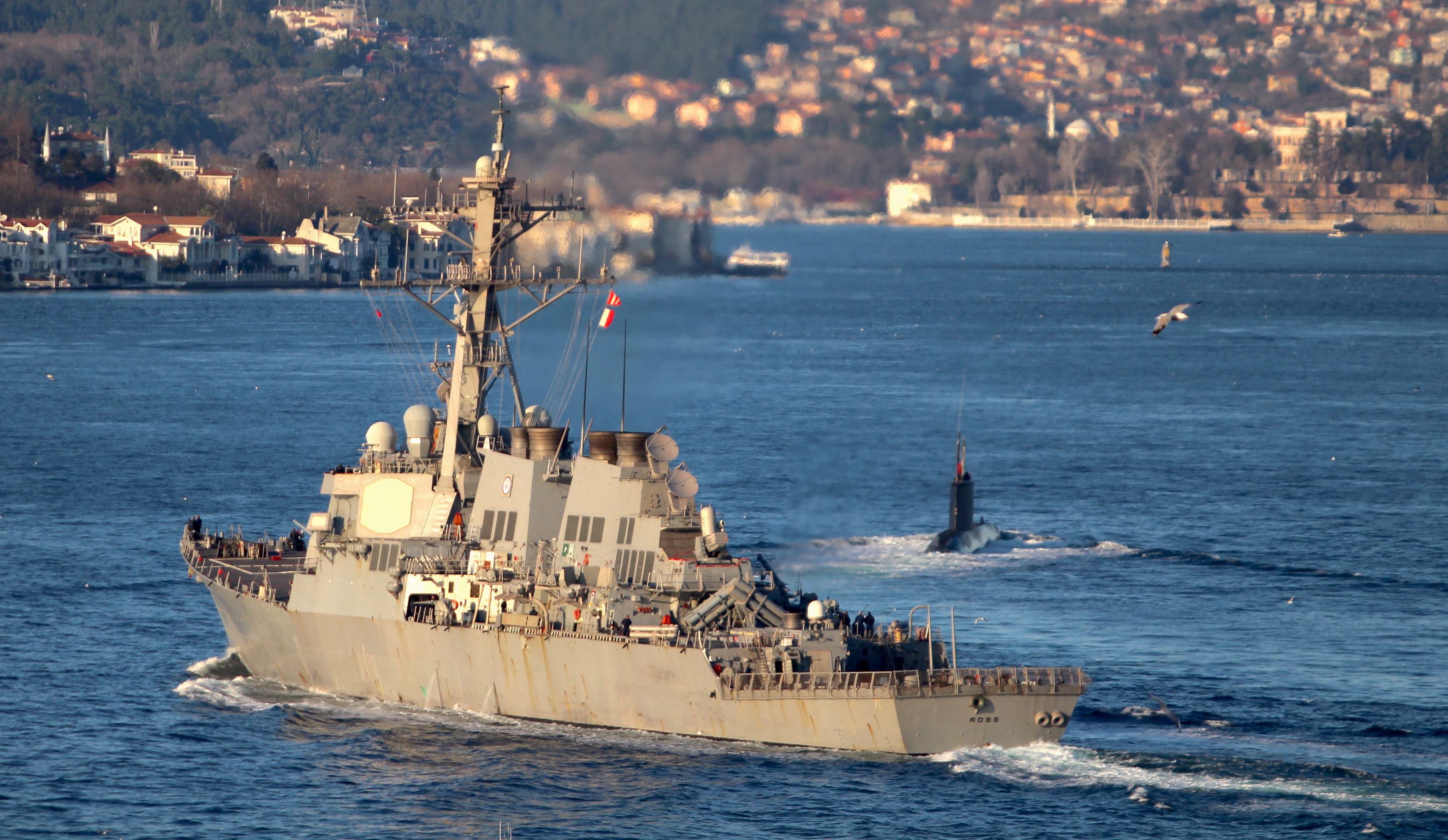 The Russian military is tracking the movements of USS Ross (DDG-71), which entered the Black Sea over the weekend to conduct maritime security patrols.

Ross transited north through the Bosporus Strait on Sunday, the first U.S. Navy vessel to visit the Black Sea in 2020 and the first such visit since Ross conducted a similar mission in December 2019, U.S. 6th Fleet announced.

“With this visit, we are consistently strengthening our relationships with our Black Sea partners,” Cmdr. John John, commanding officer of Ross, said in a statement. “Steady operations in the Black Sea are crucial to building a secure maritime environment and ensuring freedom of navigation.”

Navy ships regularly conduct operations in the Black Sea. The current operation marks the eighth time since the start of 2019 a U.S. Navy vessel has entered the region, according to the Navy. The U.S. Navy follows international law when operating in the Black Sea, and the 1936 Montreux Convention regarding operations in the region. Among the convention’s stipulations is warships from countries without a Black Sea coast much depart after 21 days.

“Forces of the Black Sea Fleet have begun tracking the movements of the [guided-missile] destroyer USS Ross after she made a transit into the Black Sea at 18:30 Moscow Time on February 23, 2020,” the state-run TASS Russian News Agency reported the defense ministry saying.

When Ross entered the Black Sea in December, the Arleigh Burke-class guided-missile destroyer was tailed by the Russian corvette, Vyshny Volochyok, according to an account in Russian-state media outlet RT Sputnik.

Before entering the Black Sea, Ross operated with France’s nuclear-powered aircraft carrier FS Charles de Gaulle (R-91) a part of Combined Task Force 473 in the Mediterranean during mission FOCH, according to the Navy. On February 15, French navy Rear Adm. Marc Aussedat, the commander of Task Force 473 visited Ross. Also, taking part in FOCH were forces from Greece, Belgium, Germany, the Netherlands, Portugal and Spain, according to the Navy.